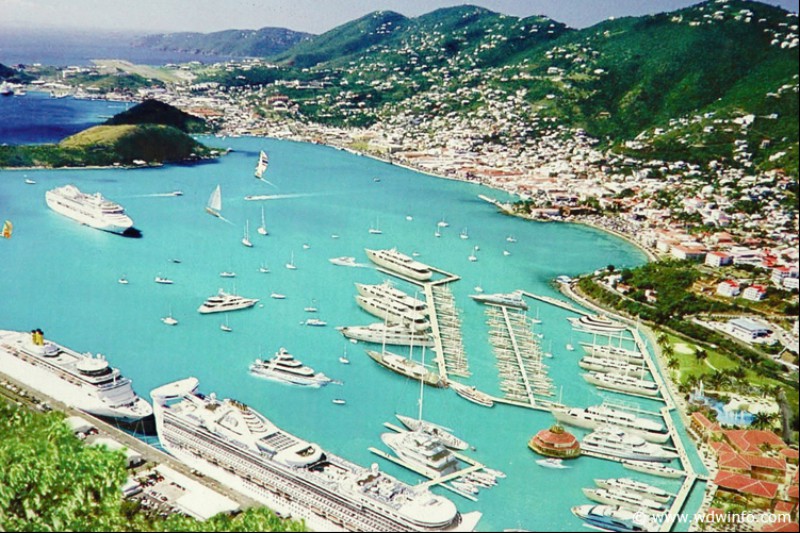 At the 24th annual Florida-Caribbean Cruise Association Conference that was held recently in Merida, Mexico, leaders from several Caribbean countries and representatives from several cruise lines, including Disney, gathered to discuss the area’s recovery from a hurricane season that has devastated the region, and how to prepare for future storms.

Allen Chastenet, Prime Minister of St. Lucia, moderated the session and gave a somewhat grim view of the situation, stating that the area has been neglected for too long and that any rebuilding plans will “amount to nothing unless we wake up and realize how big a step the next step is. It’s going to take a heavy investment and commitment, with private sector participation. Money that’s been appropriated for recovery just scratches the surface of what’s needed. Nobody is thinking of the real numbers.”

Some islands are getting help from other nations. For example St. Martin (St. Maarten), which is a territory of both France and the Netherlands is getting help from both countries. The Virgin Islands and Anguilla, however, are seen as too wealthy to qualify for assistance from Britain.

Independent countries, such as Dominica, are left on their own. The damage there is estimated at 200% of their Gross Domestic Product.

Some areas had used previous hurricanes as learning tools. In 1995 after Hurricane Luis, St. Maarten was without power for months. New power lines were put underground, and after Irma, power was beginning to return within a week, with the country now at 80%. Irma gave Puerto Rico a hint at the devastation that Hurricane Maria would bring, so the country prepared by putting communications in place, plus dispatching workers to hotels and the airport.

Appeals have gone out to the United Nations, the World Bank and the International Monetary Fund to help with the current and future crises, but Chastenet says that, “there is not enough public money available.”

According to Chastenet, the region needs to change its way of thinking and “program for a very different way of life if we’re going to make it sustainable. The lack of investment in the region for the past 15 years is going to come back to haunt us.”

The region is not only struggling to pay for repairs and recovery, but also faces lost revenue from agriculture and tourism.

Carlos Torres de Navarra, Vice President of Commercial Port Operations for Carnival Cruise Line, talked about what needs to happen for ships to be able to return to the area. The first thing that needs to be done, he said, is for ports to provide depth charts to make sure that it’s save for the ships to enter the ports.

Torres de Navarra added that roads and beaches that are need for excursions need to be cleared, the port and shopping areas should receive a cleanup, security should be in place and power restored. Retailers and restaurants need to be ready as well.

Disney Cruise Line currently is avoiding the region through at least mid-December, while Carnival will return in January. Royal Caribbean, however, is expected to return to St. Thomas on November 10th, San Juan, Puerto Rico on November 30th and St. Maarten on December 17th.

Russell Daya, Executive Director of Marine and Port Operations, Development, and Itinerary Planning for Disney Cruise Line points out that the financial loss to the cruise lines may have been painful, but safety is the priority.