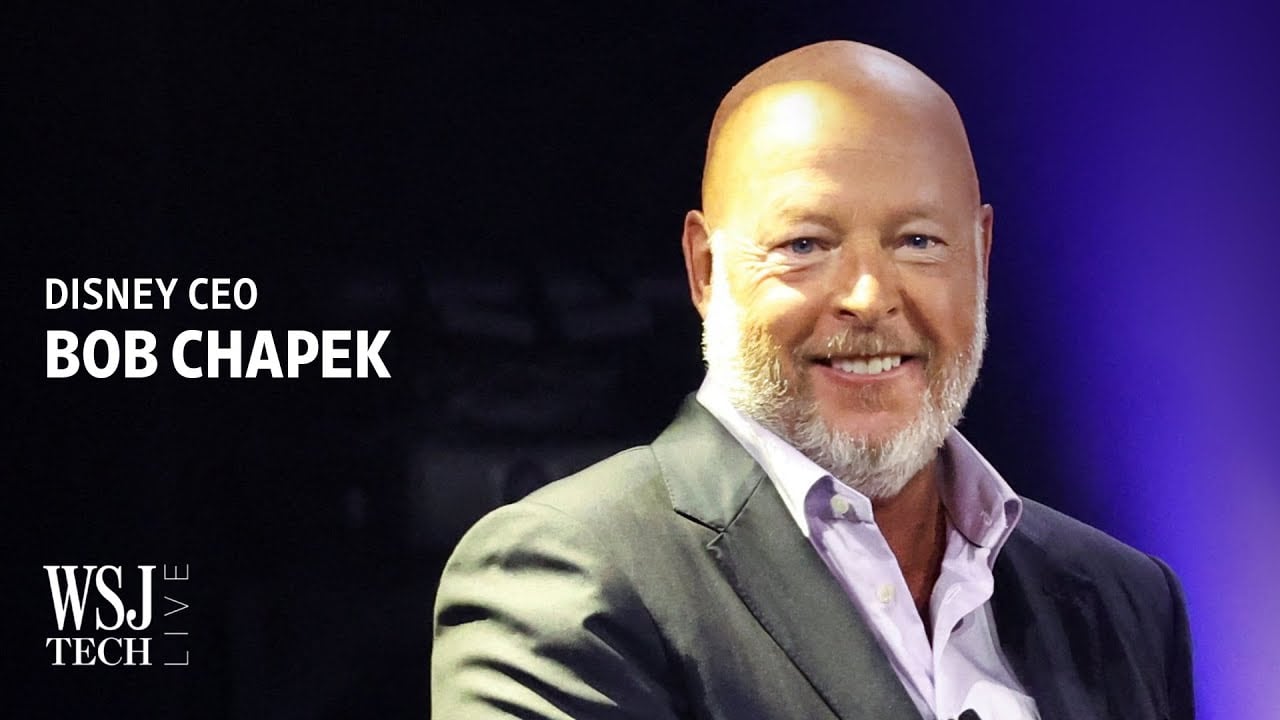 Moving closer to its 100th year of operation, Disney is making a concerted company effort to move further from a designated entertainment giant over to an all-encompassing “Lifestyle Brand.” If you didn’t catch the Bob Chapek Q&A yesterday with the Wall Street Journal’s Mat Murray, or perhaps you couldn’t stand to watch it, I’ve taken one for the team and put together the (somewhat confusing) highlights for you.

The Chief Executive Officer of The Walt Disney Company, Bob Chapek, who recently had his contract extended for another three years, joined the Wall Street Journal’s Editor-in-Chief to discuss several topics, including the company’s focus on streaming, some of the not-so-welcome changes to the Disney Parks, as well as future endeavors the company is striving for. In parts, the interview ran like a well-oiled machine until you realized that on several occasions, the Disney PR villain often answered a question that hadn’t been asked, though quite eloquently, I’ll give him that.

The event’s host began the session by questioning Disney’s business movements over recent times, the dissatisfaction that their guests reflect, and where they are headed from here. “The root and the heart of the Walt Disney Company is in storytelling; that will not change.” Chapek reassured his audience, “But there are other things that will need to transform and will need to evolve.” A statement that remains true of any viable company, though, lies just beneath an ominously vague surface that prevents us from acquiring any real information.

Disney is diversifying its interests, broadening its focus from a combination of entertainment and the parks to a multipronged approach under two evolving categories: the physical world and the digital world. Chapek dodged the question about being commerce-driven, responding, “commerce is an outcome of the inputs,” rather than admitting the opposite to be accurate, that revenue-generating decisions have inspired the changes.

The Disney Exec rattled off several pre-rehearsed responses that frankly would have been quite impressive as stand-alone comments; however, many times, they seemed misplaced in reply to the questions asked. Chapek did mention the challenge of balancing guests’ feelings with shareholder expectations when it comes to the future movements of the Disney company. “Not being so beholden to a legacy that you are afraid to evolve,” he replied with emboldened delight “it’s another balancing factor between being respectful of the legacy, understanding what got us here, but knowing that the world is changing so fast now, and we have to change with it.”

In an example of what might be coming next, the Disney CEO discussed an upcoming link between guests’ Disney Plus viewing preference and their park experience. Apparently, Disney is working on a plan to integrate guests’ digital and physical worlds, using park experience data to influence Disney+ suggestions and more.

Murray questioned if the Disney company was “too woke” in pushing the boundaries of the global market to produce diverse representation in its media, citing the recent Lightyear film that was banned in some countries due to the same-sex couple who share a kiss. Chapek explained that Disney was committed to providing rich, diverse content that reflects the greater community at large in hopes of bringing everyone together under the umbrella of what Disney stands for. “In the end, we have to follow our north star, which again is storytelling and catering to the audiences that actually love Disney and all audiences that love Disney.” Chapek elaborated that the Disney Company wanted to bring people together through “diverse stories and diverse characters.“

Further comments were made about the one-size-does-not-fit-all approach the media giant has taken in relation to local market centers that are creating specific regional content to service those local markets around the world in an effort to be “strategically consistent and tactically divergent.”

Where do the parks go from here? Chapek feels Disney is on the right track, maintaining the guest experience while building stronger foundations as a business. “As long as we continue to have those stories and tell those stories in a way that meet our guest needs, that will continue then to encourage people to come to our parks and go on our cruises and continue to be a robust business going forward.“

What are your thoughts on this interview? Our mate Bob seems to make some solid arguments for many of the decisions Disney has been making, though it seems to me they aren’t the ones that have people up in arms. At one point, the Disney CEO quickly jumped on potential criticism of guest satisfaction, swiftly switching gears to formulate a systematic reply about the park reservation system and its benefits rather than tackle the Dumbo in the room, rising prices, and decreasing quality. Let me know your take on the Wall Street Journal event below.