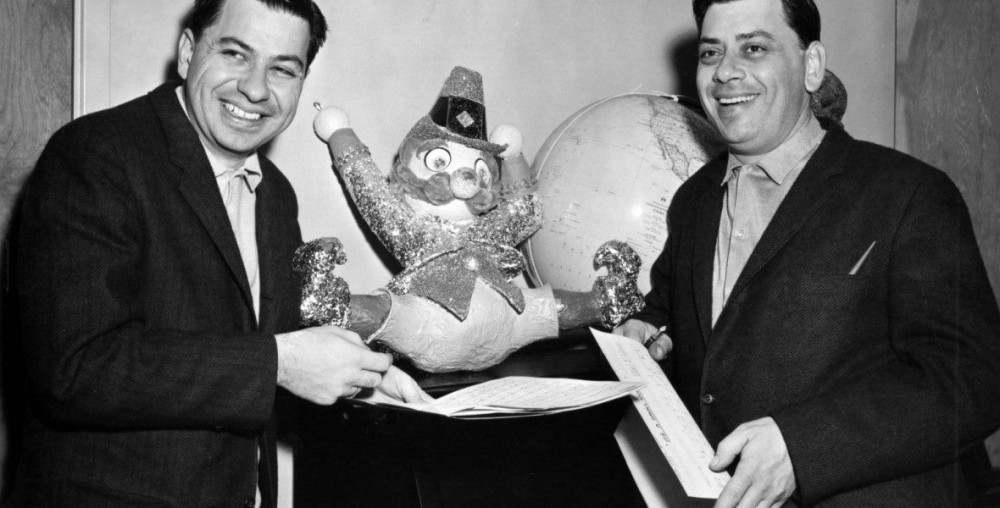 This afternoon, The Walt Disney Company will hold a ceremony to dedicate Soundstage A at the Walt Disney Studios in Burbank to the Sherman Brothers.

Robert B. Sherman and Richard M. Sherman wrote music for Mary Poppins, The Jungle Book, Bedknobs and Broomsticks, The Aristocats, The Many Adventures of Winnie the Pooh and more.

The pair also contributed music to several theme park attractions, including “it’s a small world” and Carousel of Progress.

The pair are Disney Legends (Class of 1990) and received a window on Main Street USA in Disneyland Park in 2010. The Sherman Brothers join Julie Andrews and Annette Funicello in having soundstages at the Walt Disney Studios dedicated to them.

D23: The Official Disney Fan Club will stream the dedication ceremony live on their Facebook page beginning at 5:30pm (PDT) on July 30th.