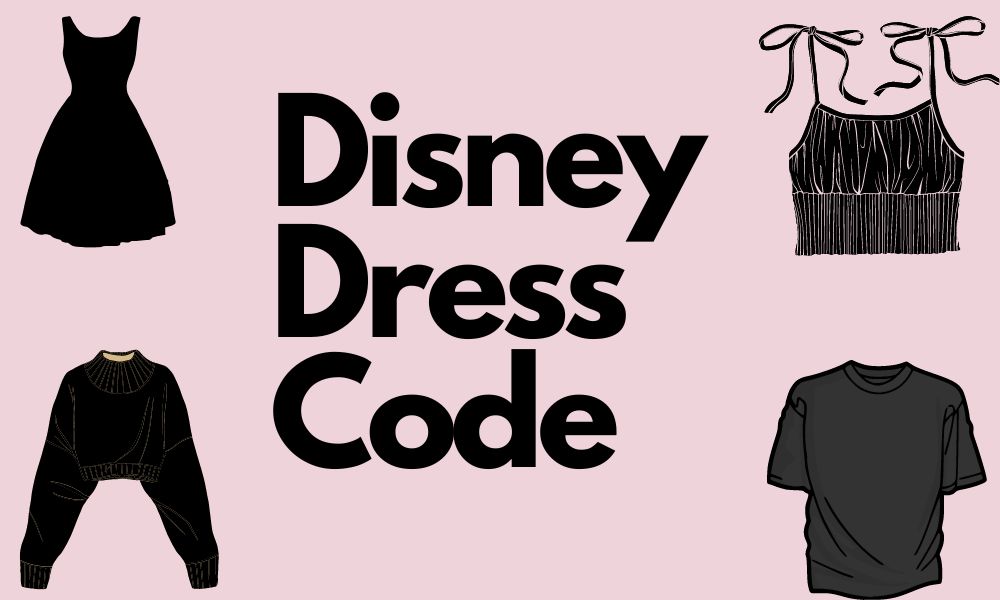 Recently, Disney’s dress code has been a topic of conversation on social media. Several young women have been dress-coded in the parks and told they either need to change or leave the park. The first time this happened, Disney provided the individual with the opportunity to get a free shirt. Disney has now said they will need to purchase a shirt immediately or leave the park in more recent events.

Proper attire, including shoes and shirts, must be worn at all times. The parks are a casual, family-oriented environment. Ensuring that the parks are family-friendly is an important part of the Disney experience. In that spirit, we ask you to use your discretion and common sense.

Disney reserves the right to deny admission to or remove any person wearing attire that is considered inappropriate or attire that could detract from the experience of other Guests. Attire that is not appropriate for the parks—and which may result in refusal of admittance—includes but is not limited to:

Many on social media said that the guests were told to change because what they were wearing was inappropriate, which could still be true, but there is another reason why they were told to change. After the most recent incident, it came to light that any clothing with ties, like a halter top, or a shirt that ties in the front or back, is not permitted. The reasoning behind this is that it’s a safety issue, and if it were to come untied while walking in the parks, that would be deemed inappropriate. Having clothing that ties create a possibility that the guest may get stuck to an attraction. For example, suppose an attraction is an intense rollercoaster, like Space Mountain or Expedition Everest. In that case, the tie may come undone, leading to the string getting tangled in the ride vehicle. Disney has always valued safety over anything, so it makes sense why they would tell someone to change if what they were wearing could cause injury or other safety issues while visiting the parks.