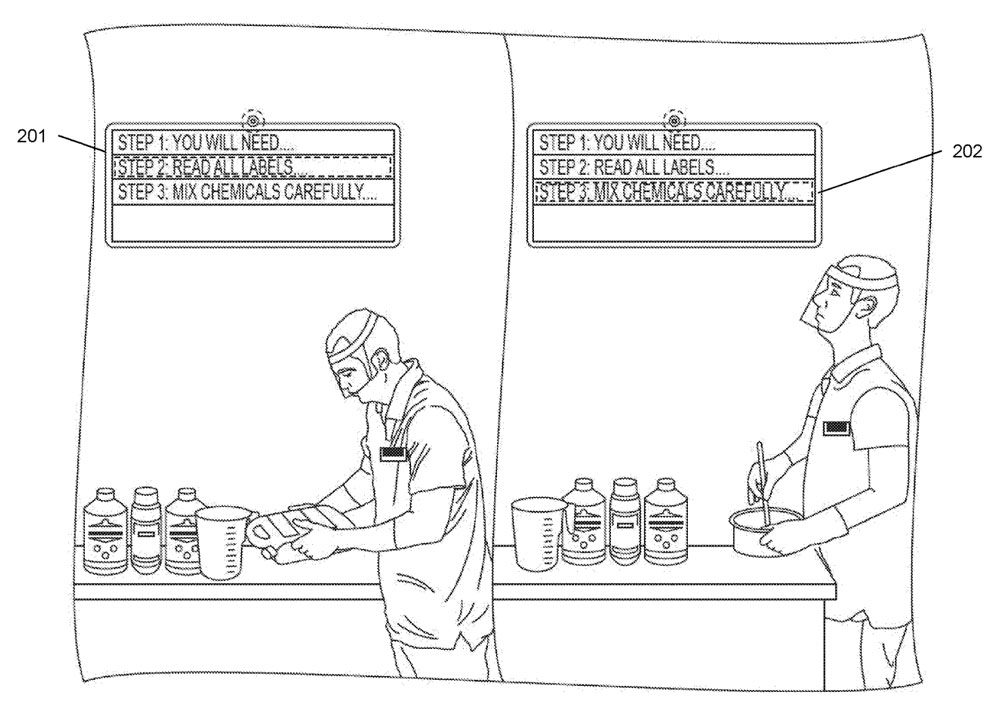 You’ve been there. Checking yourself in a restroom mirror to find that thing on your face that your friends couldn’t describe but said you “totally need to go to the bathroom and do something about.”

Your eye catches a laminated notice haphazardly taped to the bottom of the mirror, an ancient, discolored sign now covered in graffiti. You can tell that at some point in time the words read, “Employees MUST Wash Hands Before Returning to Work.”

You wonder, “Do they really, though?”

After all, why is the “must” in capital letters if this hasn’t been a problem?

“Why does this even need to be said at all?” you start to ask yourself. “Oh no, whose hands have touched what I just ate? Whose hand bacteria did I just eat? Am I going to die?”

If the technology described in a new patent gets implemented, you’ll be asking yourself these questions less and less in Disney Parks.

Filed by Disney Enterprises, Inc. and published today, “System and Method for Monitoring Procedure Compliance” intends to put a better system in place which will help ensure cast members’ hands are just as clean and wholesome as their image, a system which could also be of use in restaurants and hospitals throughout the country.

Beyond providing information and instruction to employees regarding proper handwashing techniques, Disney does their best to monitor hand hygiene and compliant with the latest industry standards. Those current procedures may not go far enough, as the document explains:

There are mandatory requirements that should be followed for proper handwashing, often specific to the industry or context. However, to a large extent the state of the art relies solely upon employee training and hand written policies.

State of the art approaches for monitoring include identifying personnel who are assigned to perform a task together with operation of various tools used in the task performance. An employee badge can be used to determine whether assigned personnel are located in the vicinity of the required tools and serve as an indirect indicator that the assigned personnel used the tools to complete the task such as when a badge is detected near a handwashing station. However, this simply confirms presence and does not address actual compliance with a handwashing procedure. Furthermore, wearable identification devices such as badges can themselves be sources of contamination or other process compromise.

Essentially, Disney’s fix relies on more thorough monitoring. When it comes to washing their hands, workers would be identified using data obtained from “a non-contact or minimal contact biometric sensor, palm/fingerprint reader and the like located at a sink of a handwashing station.” After the employee is identified, sensors (such as cameras or image sensors to determine gestures) would ensure that the right chemicals and soaps are being used and that their hands are making the correct movements for the correct amount of time.

The system would provide instructions on the proper procedure and provide feedback if standards are not being met, Disney’s example being that “if the user stops washing his/her hands before the prescribed length of time for doing such has elapsed, the system may provide audio or visual signal to the user indicating that the user should continue to wash his/her hands.” This system wouldn’t just stop at handwashing, either; it could be applied to tool and area sanitation, or any other preparation procedure. If an employee was recognized as having not performed the proper duties to comply, they could be blocked from moving on to the next step of the task. Once again, the documents provide a few examples of how this might all play out:

For example, if the system determines that a lab technician has failed to comply with a compliance step of disposing of lab gear that may have been contaminated or damaged, the system may prevent the user from leaving the secure area by preventing operation of the door. The system may also provide feedback on why the user cannot progress to the next step. As another example, if a surgeon has not complied with all the requirements for washing his/her hands before performing a surgery, the surgeon may be unable to enter the surgical room. As another example, if the system has identified that a chef has not washed his/her hands, the system may prevent access to food items. While biometric scanners would be used to identify cast members during their hygiene procedures, radio frequency identification (RFID) cards or wearable items could still be employed to make sure that only those with permission are entering restricted access areas and no one is where they shouldn’t be.

This system essentially just implements existing technology in a way that would drastically increase Disney’s ability to monitor employee cleanliness procedures. Theme parks are not specifically referenced, yet it seems unlikely that Disney would create a sanitation compliance system that they wouldn’t implement themselves. If successful, this system could also find its way into other areas of the restaurant and medical industries.

As must always be noted, the existence of an application does not guarantee a patent’s approval, and the existence of an approved patent does not guarantee the associated system’s implementation. Given Disney Enterprises, Inc.’s current focus on virtual reality, live effects, and new attractions, it may comfort some to know that they are also looking for new ways to keep things clean and safe.