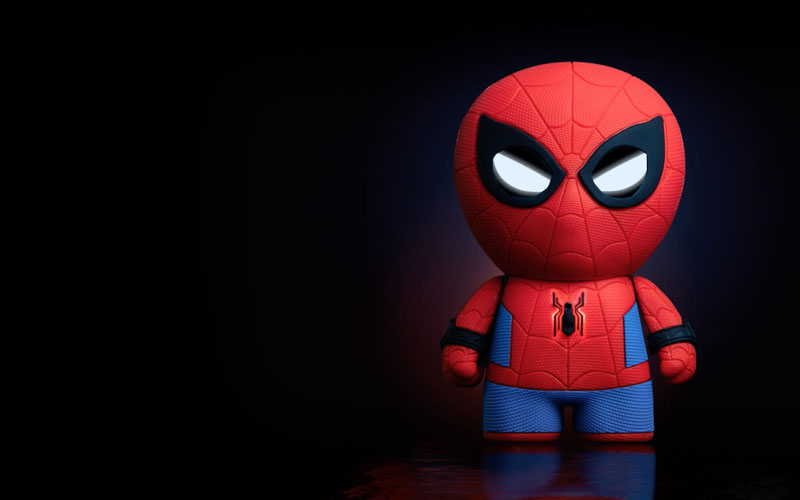 Disney’s partnership with Sphero has already brought us versions Lightning McQueen and BB-8; now, they are taking on the world’s most famous wall-crawler. A brand new talking Spider-Man toy has just been released, and it promises a full array of interactive enjoyment.

As any Spider-Fan knows, Peter Parker’s greatest power doesn’t come from a radioactive spider bite, but from his ability to quip in any situation. Sphero’s newest toy, while immobile, will keep you entertained through conversations, jokes, storytelling, and an app that lets you get in on the crime-fighting yourself. Although this Spider-Man has a mostly immobile figure, he still manages to make himself useful. He comes with a charging base and can function as an alarm-clock, or guard your room in sentry-mode; who better to keep watch while you sleep than someone with spider-sense? This toy’s greatest assets though, are his intelligence and interact-ability.  Spider-Man has an Android-based operating system, speakers, microphones, and emotive light-up LCD eyes that change shape depending on what he is saying.

Along with jokes and phrases, he comes with over 100 comic books worth of adventures to share. As you or your child interact with Spidey, he will remember what he has said and where he has left off. He will also react to being picked up or moved around the room. Possibly the best feature to help fulfill your dream of being the web-head’s BFF is the companion app. The app lets owners create their own superhero identity, complete with name and powers, to fight crime with Spider-Man. He will keep track of who you two have bested together in combat.

If high-tech toys make you a bit concerned about security, don’t worry, Spider-Man was designed with that in mind. He has no camera, his microphone only records when the spider on his chest is pressed (you know it’s on when it is glowing). Recordings of you are not saved past your interaction, and he only uses Wi-Fi for updates.

Sphero’s Interactive Spider-Man is on sale now for $149.