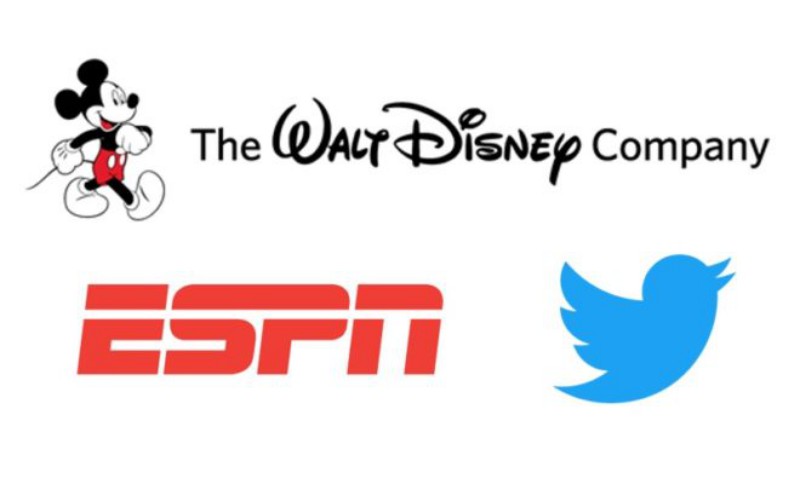 The Walt Disney Company announced today a new partnership to create both live content and advertising opportunities on the Twitter platform.

The deal extends to the entire Disney portfolio, but it appears that ESPN will be the first division with new content. Both this afternoon and later this week, ESPN will be announcing new live shows created specifically for Twitter. The sports network plans to introduce Twitter users to SportsCenter Live, which will feature a blend of reporting and analysis, and Fantasy Focus Live, which is a video version of the ESPN podcast that will live stream daily. Disney and Twitter have plans to work together in finding advertising opportunities.

Justin Connolly, the new Executive Vice President for Affiliate Sales & Marketing for Disney and ESPN Media Networks, commented, “Through this new agreement, participants from across the company will have the opportunity to create experiences unique to Twitter that will extend their brands in meaningful ways. This includes compelling content across our entire portfolio that can reach and appeal to all types of audiences at scale on their platform.”

As for the new ESPN content, Travis Howe, Senior Vice President of Platform Ad Sales Strategy & Global Operations for ESPN, said, “Now more than ever, social platforms are putting a major focus on investment in sports-related content. It is the new primary vehicle driving digital experiences to grow and engage audiences. The insights to be gained will be invaluable as we continue to serve the right content and the right ads to the right people.”

Matthew Derella, Twitter’s Global Vice President of Revenue and Content Partnerships, adds, “To innovate at this scale with The Walt Disney Company is a huge step forward in expanding the depth and breadth of video content we offer to leaned in, engaged consumers on Twitter. The Twitter sports community is the digital roar of the crowd, so there is no better place to start than with ESPN to deliver credible, premium content to enrich that conversation.”