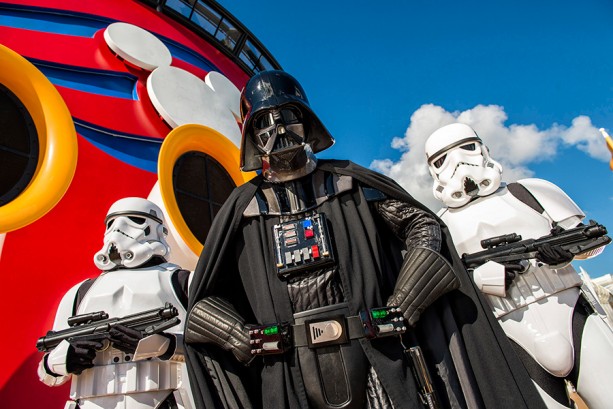 Disney Cruise Line has introduced a new “Star Wars Day at Sea,” planned for eight sailings on the Disney Fantasy in 2016. On each of the included sailings, one day will be designated as the special Star Wars day. The celebration will include a deck party, youth activities, special foods, beverages and merchandise, Star Wars character meet and greets, screenings of the Star Wars films and the Disney XD show, Star Wars Rebels. This will be the first time Star Wars characters have appeared on the Disney ships.