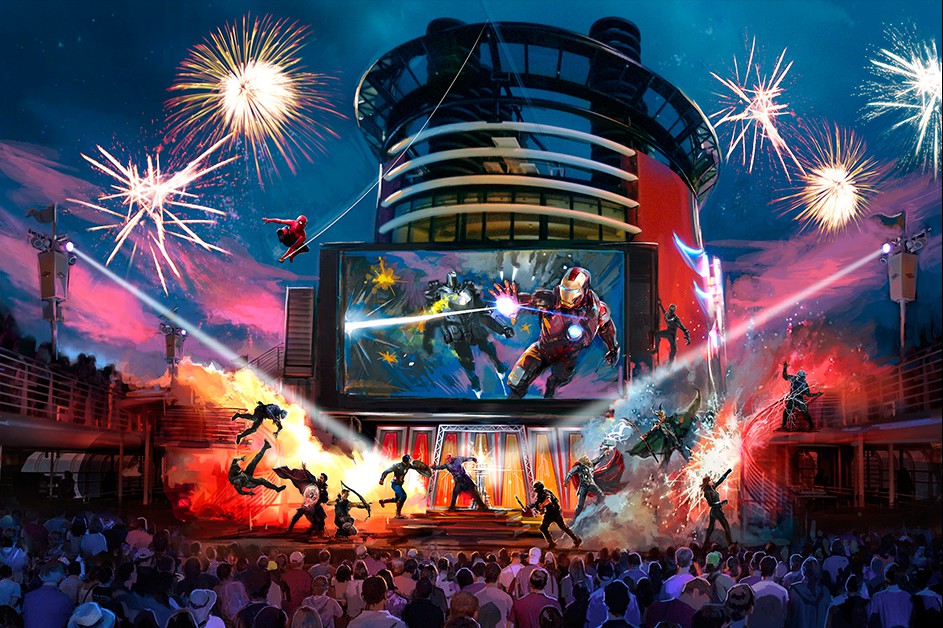 ShareTweetSubscribe
The first group of Marvel Day at Sea cruises aboard the Disney Magic have begun, and soon guests will be experiencing an action-packed stunt show that includes special effects, fireworks, and more than a dozen Marvel Super Heroes. Decks 9 and 10 will be the setting for an exclusive party thrown by Tony Stark to unveil his newest technology. Just as the party gets going with Stark's Iron Man, Captain America, Black Widow and Hawkeye, a sinister plot will be revealed as Loki and other Marvel Villains attempt to make Stark's powerful new technology their own. Thor, Black Panther, Spider-Man, Doctor Strange, Star-Lord , Gamora, and Groot will join in as the exciting battle of Super Heroes versus Villains intensifies to an epic final. The show will top off what promises to be a full day of fun for Marvel fans, with meet and greets, movie screenings, an interactive show with Doctor Strange, and special Marvel trivia, plus special food, beverages and merchandise. Marvel Day at Sea is available on the Disney Magic during cruises sailing out of New York City now through November 18th and cruises sailing out of Miami January 7th through April 29th of 2018. Source: Disney Parks Blog
ShareTweetSubscribe