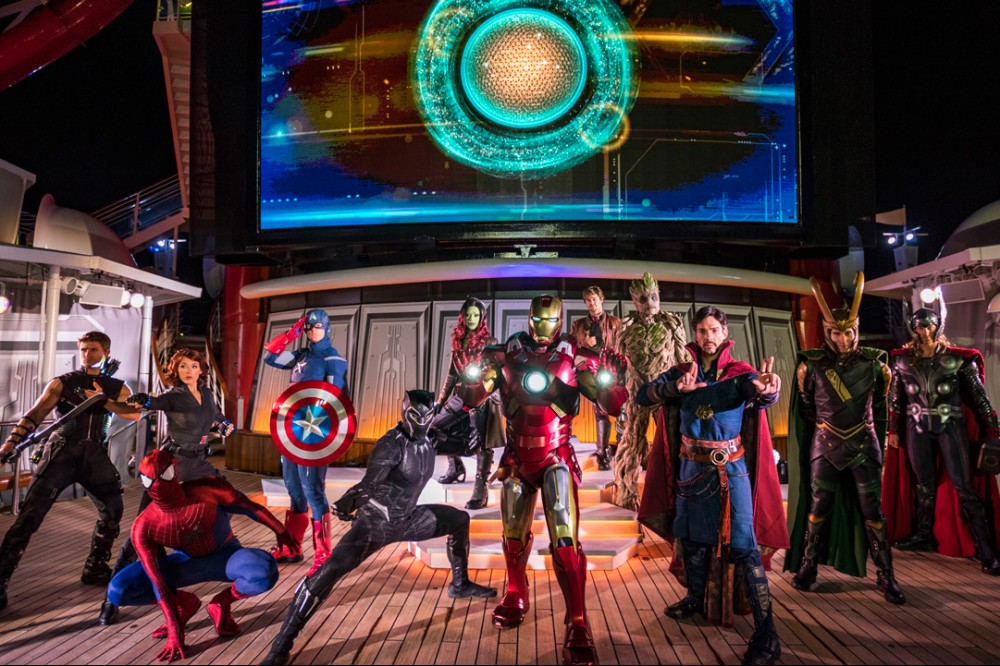 ShareTweetSubscribe
Disney Cruise Line has released a new video that gives guests a look at some of the encounters and shows happening during the special Marvel Day at Sea sailings taking place now aboard the Disney Magic. Michael Roddy, a Show Director for Disney Parks Live Entertainment, talks about stepping into the Marvel Universe and interacting with Thor, Spider-Man or one of the other Marvel super heroes. In addition to unexpected encounters that could happen throughout the day, as guests are signing up for Port Adventures and adult dining opportunities before their cruise, they can also schedule a designated time to meet some of their favorite Marvel characters. Roddy also mentions the multi-media Doctor Strange show that happens in the Walt Disney Theater, featuring surround sound, special effects, and projections, that includes "that great character of Doctor Steven Strange battling with the mystic arts." Tony Giordano, also a Show Director for Disney Parks Live Entertainment, says that his favorite part of Marvel Day at Sea is the deck party that closes out the day. Giardano adds that, "if you've ever wanted to be in a Marvel battle, this is the place to be." The action-packed deck party and show features over a dozen Marvel super heroes battling against evil Marvel villains.