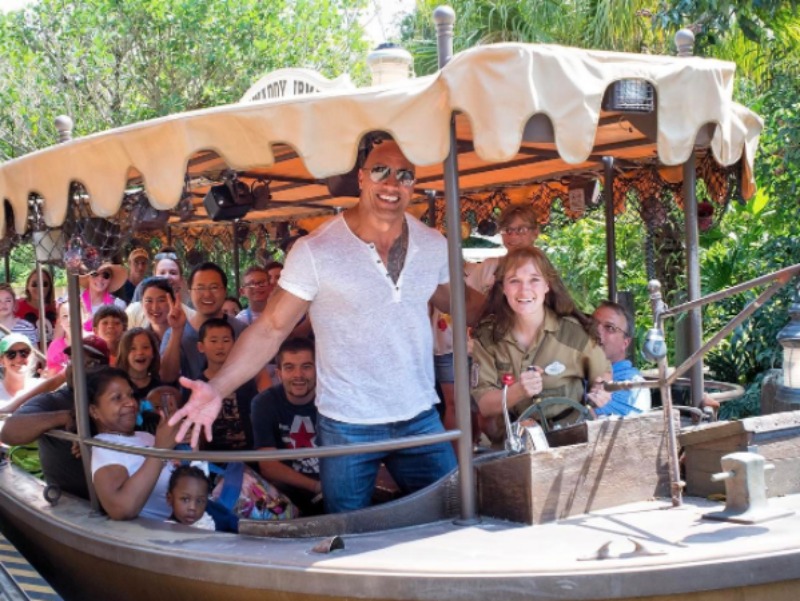 Dwayne “The Rock” Johnson recently posted a video of him signing a contract for the upcoming live-action Jungle Cruise film. Johnson mentioned that undertaking this film is nerve-racking for him. When he was first starting his acting career, around 15 years ago, he saw the trailer for Pirates of the Caribbean: The Curse of the Black Pearl, and since then he has dreamed of being in a film inspired by an iconic Disney parks attraction. He mentioned his nerves come from the responsibility of living up to something that Walt Disney himself had a hand in. Johnson said, “Walt I will do everything in my DNA to make you proud, world I will do everything to make a movie that does not suck.”

We reported in April of 2017 that Dwayne “The Rock” Johnson had been tapped as the lead in the Jungle Cruise film. Dwayne Johnson and Emily Blunt star in the film as the protagonists. It has also been revealed that Edgar Ramirez, Jack Whitehall, and Jesse Plemons will also star in the film.

The Jungle Cruise is being directed by Jaume Collet-Serra, and produced by John Davis and John Fox.