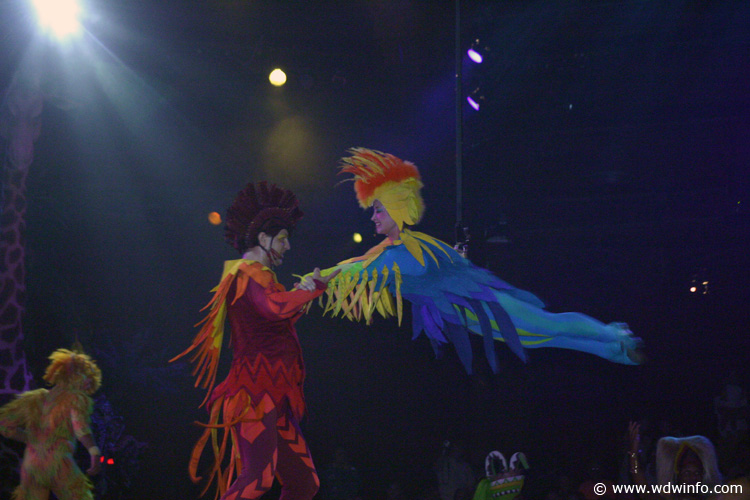 Krista Crowder, a former performer in Animal Kingdom’s Festival of the Lion King show, has filed a lawsuit that accuses Disney of letting her go after she became pregnant with twins.

The lawsuit is alleging gender discrimination and was filed this month in Orange Circuit Court. According to the lawsuit, Crowder is seeking over $15,000 in damages. The lawsuit names Walt Disney Parks and Resorts and Disney Worldwide Services.

When asked about the allegations, a spokeswoman from Disney said, “We have a longstanding policy against workplace discrimination, and we will respond to the allegations as appropriate in court.”

Since 2013, Crowder has played the role of the bluebird during the Can You Feel Love The Love Tonight song in the aerial segment of the presentation.

“It’s what every ballet dancer in the city wants to do,” Crowder said in an interview. “It’s the show everyone puts on their list to go see when they go to Animal Kingdom. You can feel that as a performer.”

According to the Orlando Sentinel, she “stopped working in November 2015 because of her pregnancy and gave birth to her twin daughters on June 1, 2016, via a Caesarean section.”

She was reportedly cleared by her doctor to work out eight weeks after the babies were born, but she couldn’t get back in the harness quite yet.

Crowder received a letter stating that she was terminated June 20, 2016, according to her complaint with the Florida Commission on Human Relations and the Equal Employment Opportunity Commission. She asked Disney if her termination was an error and was told that she could return her position after an audition which was scheduled for October 2016. The lawsuit alleges that “The audition requirement was against Disney Parks protocol which should have only required a costume fit and a rehearsal.”

The complaint states that when it was time for her October audition, she’d lost 60 pounds that she’d gained during her pregnancy.

“I worked my butt off,” Crowder said but was later told she was no longer needed at the theme park. The show was “exhausting and exhilarating,” requiring performers to give their all for every show, Crowder said.

“I miss it,” Crowder said. “That sense of accomplishment is hard to find for dance.”

Crowder received a final termination letter in August 2017 according to the lawsuit.