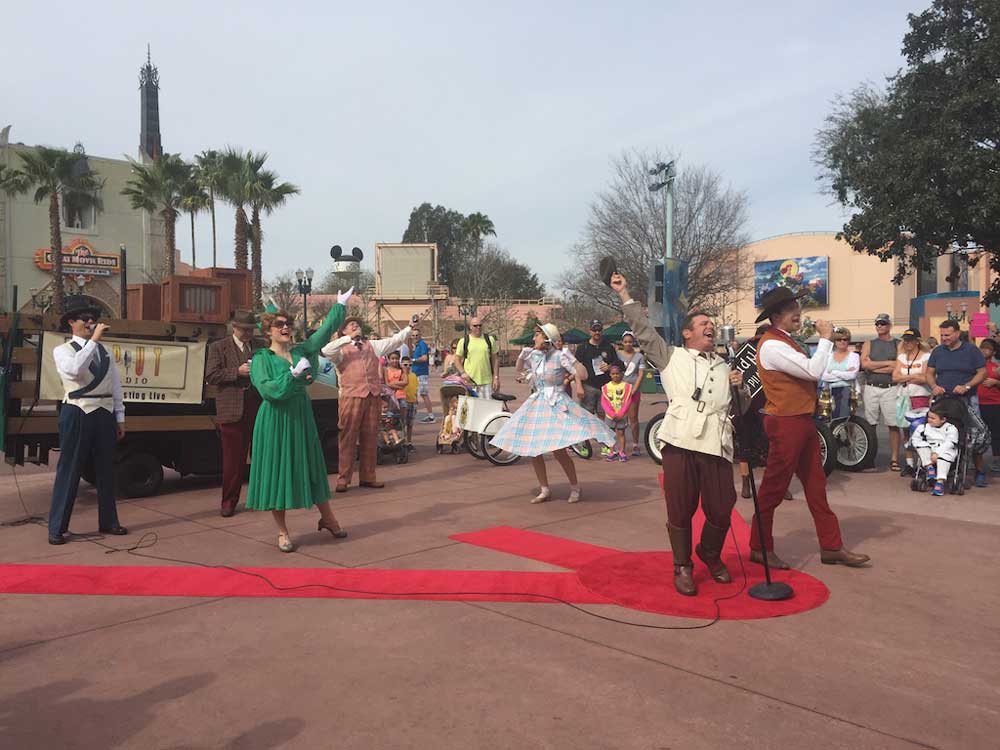 UPDATE 12:30 p.m. – The Actors’ Equity Association has released a statement regarding the layoffs of the live performers at Walt Disney World that are detailed below.

Of the entire statement, the most astonishing piece is, “Before the pandemic, about 780 Equity members were employed at Walt Disney World, either full time, part-time, or seasonally. About 60 are currently working or about to return to work in the park. About 720 Equity member workers have now been laid off.”

Late Tuesday evening, word began circulating online that the Walt Disney World Resort notified performers from some of their most beloved shows that they were being laid off.

The latest round of dismissals included entertainment cast members from beloved favorites such as Festival of the Lion King, Finding Nemo: The Musical, and the Hoop-Dee-Doo Musical Revue which have all remained dark since the parks closed down this past spring due to COVID-19 worries.

According to the Orlando Sentinel, the entertainment cuts are part of the 28,000 companywide layoffs that were announced by Disney back in September.

Overnight, more and more performers began posting on social media to say that they’d received the dreaded email from Disney but as of the time of this post, Disney has not publicly addressed this newest round of cutbacks. The official Disney World website simply lists the shuttered live shows as “temporarily unavailable” which has been the case for several months now.

In the Disney’s Hollywood Studios Citizens of Hollywood Facebook group, James Bondy said, “All these comments make us feel so loved. It was an honor to share the Hollywood streets with my fellow Citizens and we thank you for the love. We all truly loved our job. Until next time…”

Additional cuts include the following:

Many of the affected cast members are part of the Actors’ Equity Association, a union for stage managers and performers.

Disney and Actors’ Equity went through highly publicized — and highly contentious — negotiations this summer about returning performers to work safely. Some are again performing in the parks, notably at Savi’s Workshop, where guests pay to build their own Star Wars lightsaber, and at For the First Time in Forever a singalong to music from the hit film Frozen.

Several weeks ago when Disney cast members who were represented by the Service Trades Council Union were laid off, the union negotiated a deal with Disney giving them priority on being rehired with their seniority and pay rate preserved for the duration of the contract which was extended through October of 2022.

“I will miss saving the galaxy. I will miss the young girls who look at me and think ‘Wow, I can do THAT.’ I will miss my Jedi family,” wrote Jennifer Bonner, who was an actor in the Jedi-training Star Wars show. “My love to everyone that had the same news today. We are magic.”

With this sad news, we’d like to take a few moments to share a couple of initiatives that we’re focusing on to help support Disney cast members during this really tough time. In our attempt to do everything in our power to help, we are shining the light on small businesses that are owned and operated by laid off and furloughed Disney cast members each day and we are asking that you take a look at their offerings and support them wherever you can whether it’s purchasing from the shops or sharing our posts. You can find a list of the shops we’ve featured so far at the bottom of this article. Follow the hashtag #cmsmakethemagic and #cmstrong on our Twitter and Instagram accounts and subscribe to our daily mailer to stay in-the-know.

Additionally, Dreams Unlimited Travel – the official sponsor of the DIS – is raffling off a 4-Night Disney Cruise and 100% of all proceeds from the purchase of raffle tickets is being donated to Second Harvest of Central Florida to help keep these unemployed cast members fed. You can purchase tickets for the raffle by clicking HERE.