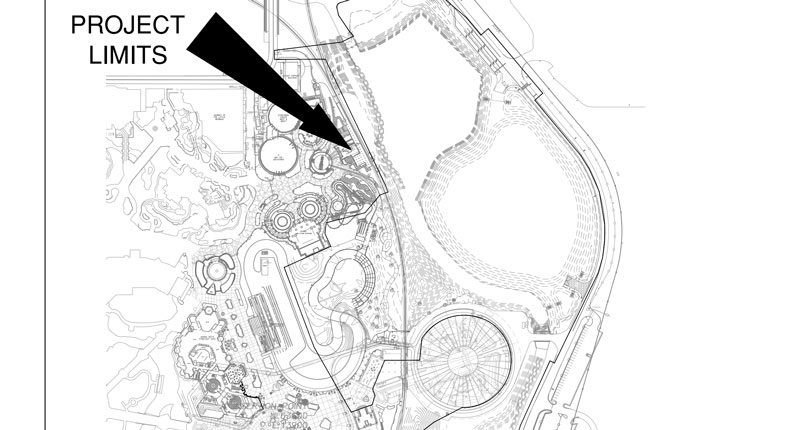 According to modified permits published yesterday, the Magic Kingdom’s preparation for the upcoming Tron Lightcycle Power Run attraction will be slightly larger than initially expected, cutting into the Tomorrowland Speedway, while the Main Street theater addition appears to be cancelled.

The initial permits for grading and drainage that affect the area, titled “Magic Kingdom East Side Modification,” have been altered to include more of Tomorrowland around the MK2 Project — which is believed to be the upcoming Tron attraction — and removed the MK1 project. MK1 was assumed to be the title for the previously announced Main Street Theater addition, which Disney appears to have cancelled, or at least delayed for the foreseeable future.

Here are the boundaries for the newest filing: While these are the original boundaries: The MK2 project now looks to include a portion of track for Tomorrowland Speedway. According to attached engineering reports, this phase of development will include 3.4 acres of building coverage. Permits for this construction phase expire on December 22nd, 2022.