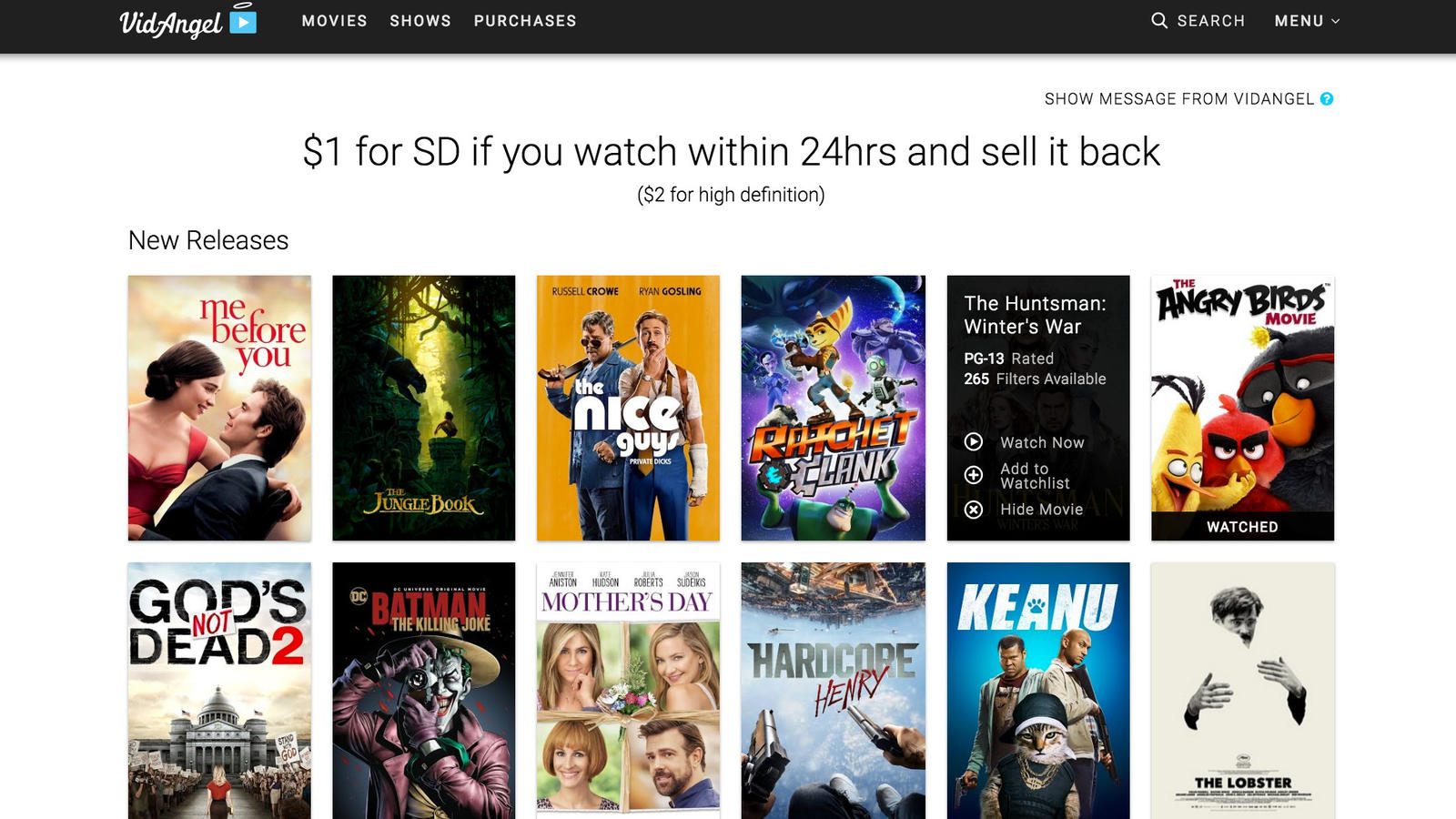 A U.S. district judge granted an injunction against VidAngel after the movie studios sued the company to stop illegally “ripping DVDs and streaming without a license.”

VidAngel’s service allowed customers to “rent” the DVDs for $20 to stream the film, then sell them back for $19, thus allowing them to pay only $1 for a filtered streamed movie.

The Los Angeles Times shared a joint statement from Warner Bros., Disney, and Fox, which said, “This case was never about filtering. The court recognized that the Family Movie Act does not provide a defense to VidAngel’s infringing acts of ripping, copying and streaming copyrighted movies and TV shows. We look forward to defending the court’s decision against any appeal to VidAngel.” They said they were “gratified” by the decision.

VidAngel will be appealing the ruling. قمار على النت CEO Neal Harmon said, “Hollywood studios have followed a repeated pattern in their decades-long campaign to put movie filtering services out of business by seeking a shut-down decision in trial court. كيفية الربح في الكازينو Previously, such a decision has signaled the end of the legal battle. As such, while we are extremely disappointed—for the countless people who rely on our service regularly to enjoy movies using filters—our customers have given us not just the mandate to fight this battle all the way to the Supreme Court, but the financial resources as well. المراهنات على المباريات ”