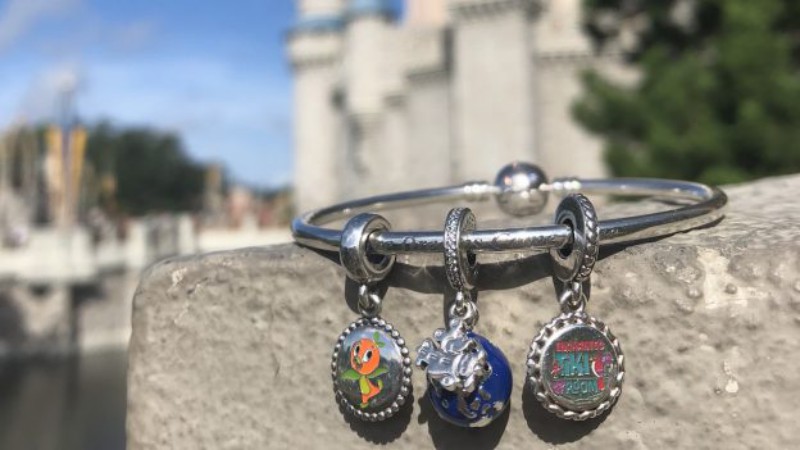 Celebrate your summer travels with three new charms coming soon to the Disney Parks Collection by PANDORA that will help you commemorate your Disney vacation!

The first features the one-and-only Mickey Mouse flying his way around the globe. Next up, a charm featuring the Florida favorite Orange Bird. All three charms will be in several locations at Walt Disney World, the Disneyland Resort, and Disney Cruise Line beginning August 15th, but the Tiki Room and Orange Bird charms will be available early on August 10th at the following select locations:

Disney Springs: The Dress Shop at Marketplace Co-Op or Ever After Jewelry Co. & Accessories