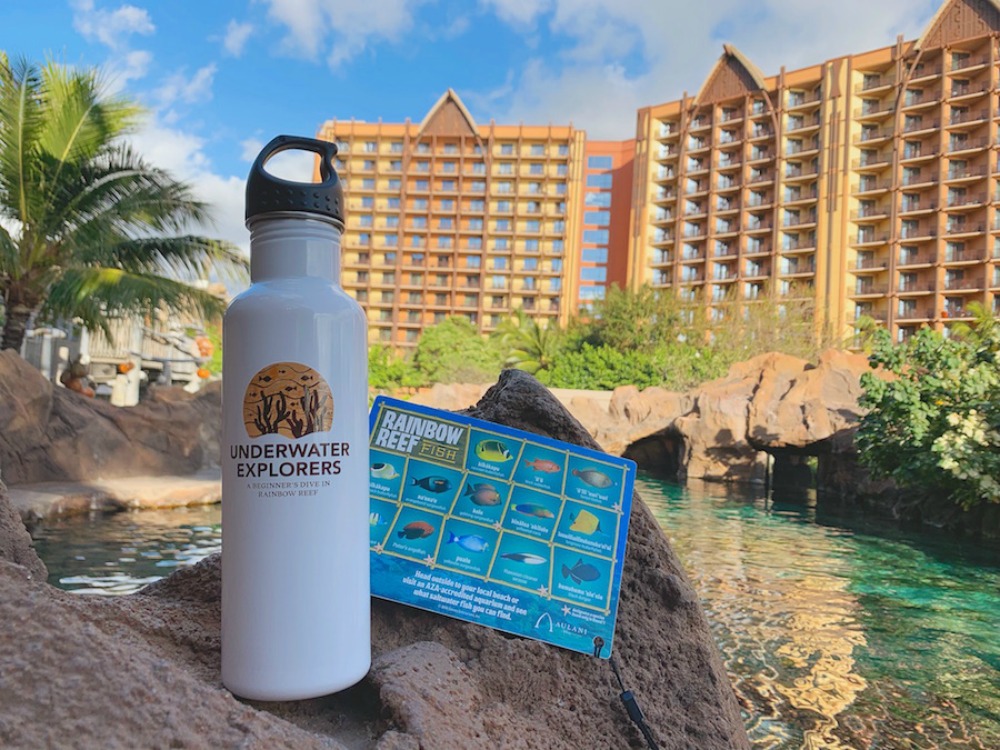 Aulani, a Disney Resort & Spa is home of the only private snorkeling lagoon on O‘ahu, Rainbow Reef, where guests can swim close up with fish from the Hawaiian reef.

Aulani is offering two new programs that will allow guests to have up-close encounters with the sea life at Rainbow Reef in the Waikolohe Valley pool area. 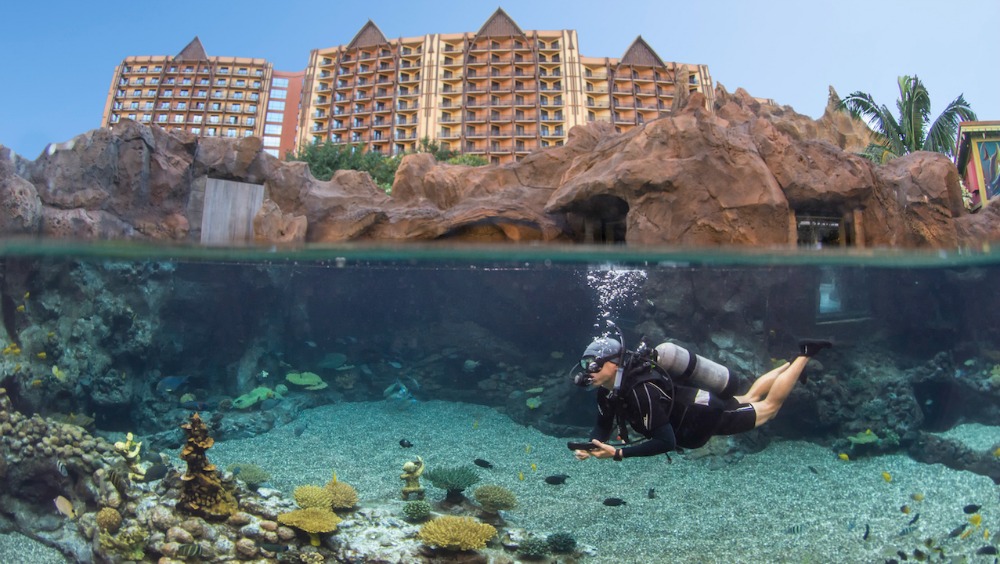 Underwater Explorers is ideal for guests ages 10 and up who are not scuba-certified but want to give scuba diving a try. The session lasts two-hours beginning with a 25-minute lesson on the basics of scuba equipment, diving, and safety procedures. Participants will be given the opportunity to practice the skills they learned before heading out.

During the experience, you’ll be able to see colorful marine life such as butterflyfish, angelfish, surgeonfish, and tangs. Keep an eye out for Aulani’s hidden Menehune (men-neh-HOO-nay). Because Rainbow Reef is a man-made lagoon, it offers a safe, high-visibility environment where you can dive without unpredictable waves or currents.

The use of a mask, fins, and a wetsuit are included in the cost of the experience as well as a flask and Rainbow Reef fish ID card plus a video of the experience. The Underwater Explorers program costs $189.00 plus tax per person.

The Rainbow Reef Fish Feeding Experience begins with Aulani’s animal programs biologists providing a brief introduction of fish in the Rainbow Reef to participants. You’ll learn about the differences between the many species of fish and what they eat; some are herbivores, some are carnivores and some are omnivores.

Participants will also be given the chance to feed the fish as they stand on the Rainbow Reef walkway. The fish feeding experience lasts for approximately 15 minutes and costs $7 per person.