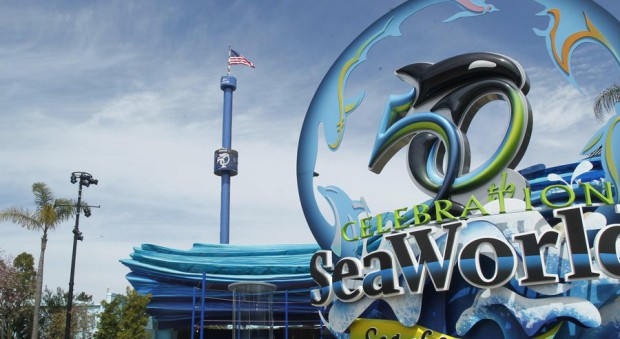 SeaWorld has reportedly brought in the investment banking advisory firm Evercore to help sell the company, according to Deal Reporter. Evercore’s expertise in mergers, acquisitions, and restructurings has led many to believe that SeaWorld is attempting to sell their property or drastically shake up their operations as CEO, Joel Manby, has claimed that this is an important year for SeaWorld. A spokeswoman for the park made no comment on the report and it is not certain what Evercore will do for the company. As you can imagine, the speculation has influenced the stock prices for Sea World as of late.

After the report that the Orlando amusement park had hired Evercore on Monday, SeaWorld’s stock leaped from $14.32 to $15.32 in 30 minutes. On Tuesday, the stock peaked at $15.64 before dropping to $15.27. This price fluctuation perfectly represents the fluctuation of mixed signals that have come out of Sea World in the last few years and has undoubtedly affected the theme park’s stock. SeaWorld has been plagued with PR issues surrounding their former main attraction, Shamu, following the “Blackfish” documentary in 2013. Although SeaWorld denies this had any effect on their stock prices, the film certainly didn’t help as an investigation by the U.S. Department of Justice ensued. However, the theme park has made strides to compete for market share in Orlando, opening the first virtual reality roller coaster in Florida, transforming Shamu into the Orca Encounter, ceasing in-park orca breeding, and replacing their Chief Financial Officer (CFO).

Yet, investors groups in the theme park seemingly still wanted to pull out. New ownership seems an exciting prospect to investors, however, as the speculation surrounding Evercore intensifies. Rumors that executives from Zhonghong Zhuoye Group Co. Ltd. will buy the shares held by current Blackstone executives on the SeaWorld board could mean that the Chinese Group’s current 21% stake in the amusement park could increase. Even wilder are the rumors that Universal Studios Orlando could be in the hunt to acquire SeaWorld in their search for more park space. Either way, the potential change of ownership has led to the recent stock price fluctuation. This will be a critical year in SeaWorld’s future and Evercore could play a major role in it.