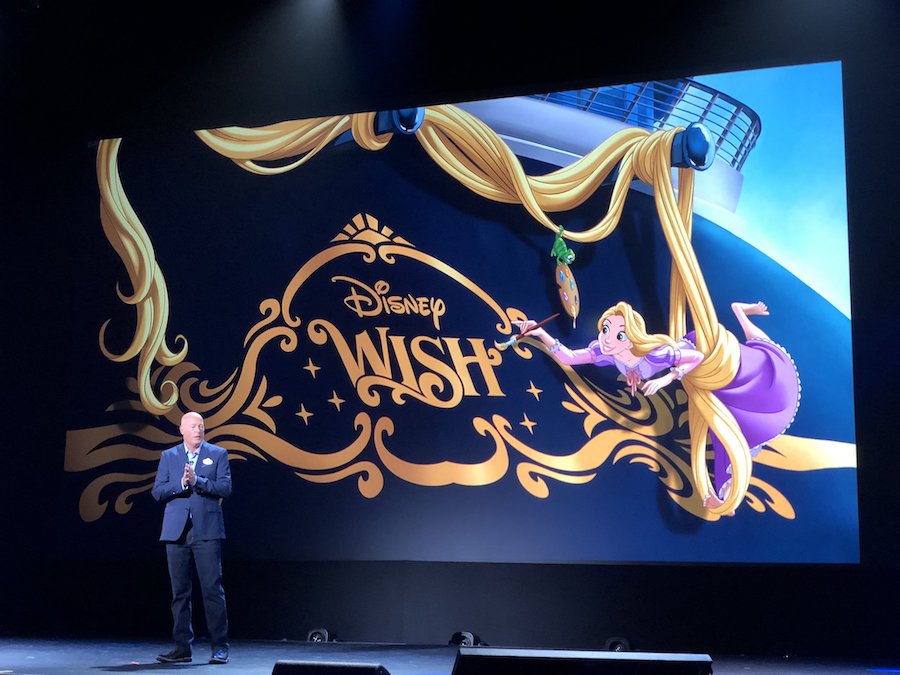 At the Disney Parks, Experiences, and Products panel at the D23 Expo the fifth Disney Cruise Line ship’s name was finally announced! The new ship will be named the Disney Wish!

Details about the amenities in the ship were limited, but we do know that the back of the ship will feature Rapunzel!

The new ships name was inspired by the work Disney has done over the years with the Make-A-Wish Foundation.

The Disney Wish is scheduled for delivery in late 2021 and will set sail in January 2022.

The names of sixth and seventh ships were not announced.