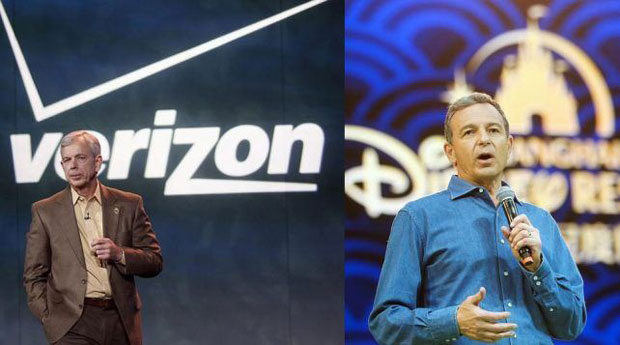 A rumor put forth by the New York Post on Saturday claims that Verizon may be exploring the possibility of purchasing The Walt Disney Company. The idea of a merger isn’t incredibly far fetched, as Verizon Communications Inc. CEO Lowell McAdam stated back in April that the company was open to mergers with Comcast, CBS, or Disney; but a full buyout by Verizon would be quite surprising.

Here is what the Post said: “One rumor making the rounds last week was that Verizon may be eyeing a Disney purchase. While that sounds fantastical, a well-placed banker told On the Money not to count Verizon out.”

While a lot of speculation stems from Verizon’s need to compete with AT&T, which recently purchased Time Warner, there are complications that place this firmly in the rumor category for now: