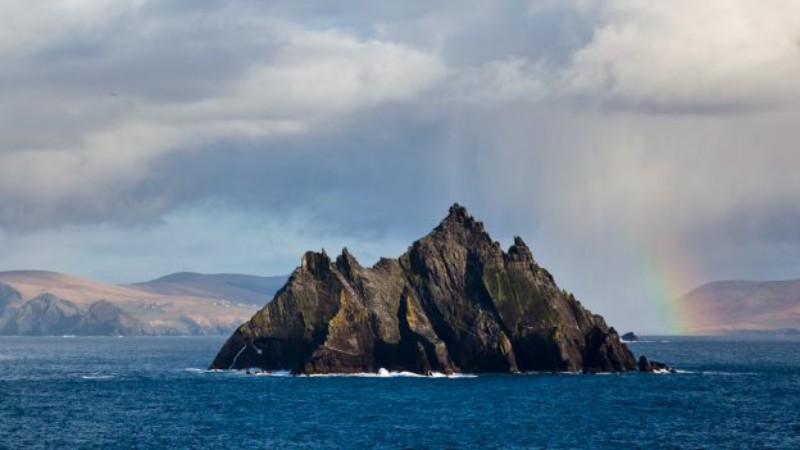 Fans of the recent Star Wars movies will have the opportunity to see some familiar filming locations during one of this summer’s European cruises aboard the beautiful Disney Magic.

During a 7-Night British Isles Cruise out of Dover, England, the Magic will stop in Cork (Cobh), Ireland. While there, Disney Cruise Line has arranged for guests to book in a special new Port Adventure called: Star Wars Adventure-A Skellig Island Flyover.

The tour will give guests an aerial view of some of the iconic Irish landmarks that were used in the movies. During the tour, locals who worked on the production of Star Wars: The Force Awakens and Star Wars: The Last Jedi will share their stories.

Aboard the helicopter, guests will get views of Skellig Michael and the Dingle Peninsula, which stood in for the Ahch-To Jedi Temple, Luke Skywalker’s retreat. Guests will also get a view of the Dunmore Head and its amazing sea views, which was another filming location.

After the flight, guests will visit the Skellig Experience Visitor Center and have a nice lunch, where the grown-ups can pour themselves a pint of Guinness.

The 7-Night British Isles Cruise leaves Dover on September 2, 2018. Along with Cork, the Magic will visit Dublin, Ireland; Greenock, Scotland; and Liverpool, England.

For more information about this special cruise or a no-obligation quote, visit Dreams Unlimited Travel.