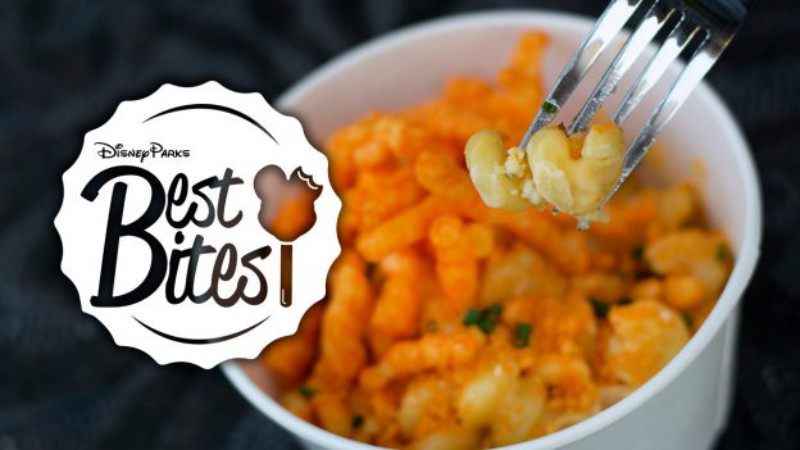 Each month, the Disney Parks Blog shares some Best Bites from Walt Disney World and the Disneyland Resort, highlighting new, fun, or seasonal items. For March, we start with food trucks and end with Mardi Gras.

Disney Springs in Walt Disney World is adding a brand new food truck to its fleet that’s parked on the West Side. The Mac & Cheese Truck will serve up several different varieties, including Crunchy Mac-N-Cheese with six cheeses and crunchy cheese puffs or Bacon Cheeseburger Mac-N-Cheese topped with bacon, burger fixings, and crispy potato sticks. 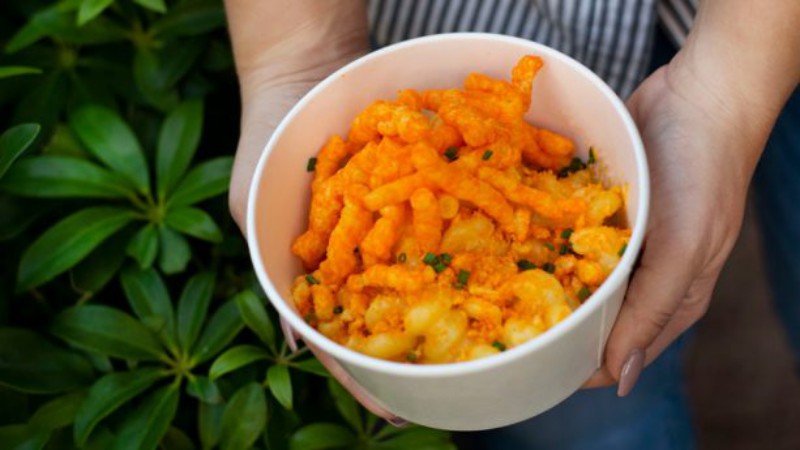 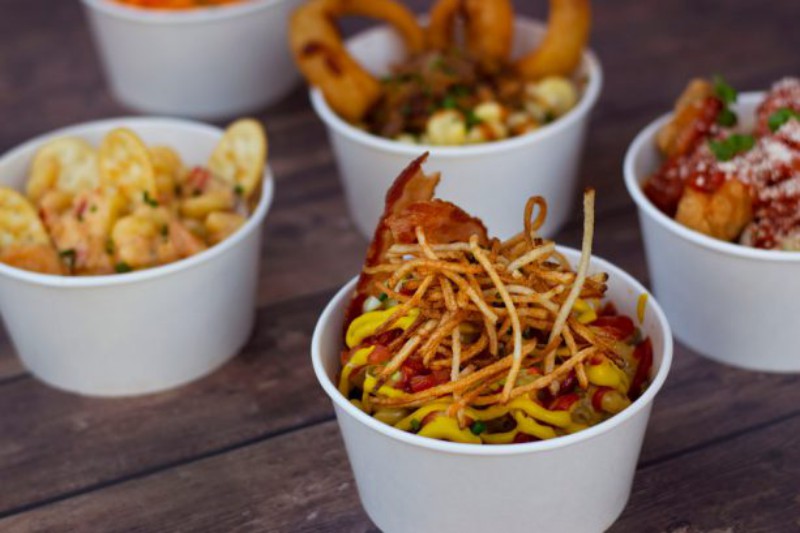 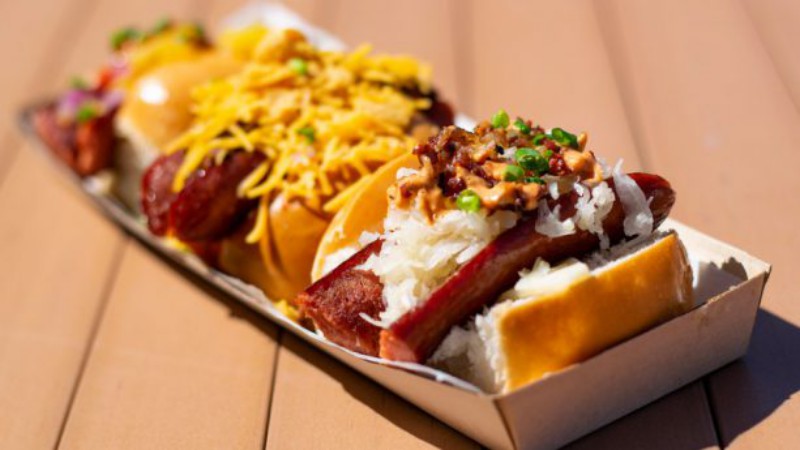 In addition to the new foot longs, try the new Italian Sausage with peppers and onions, Lamb Sausage with tomato chutney and yogurt sauce, Bratwurst Sausage with sauerkraut and German mustard, and the Veggie Brat. For dessert, get the Maple Bacon Cookie Dough topped with candied bacon.

Over at Disney’s Hollywood Studios, the Neighborhood Bakery in Pixar Place is serving up some limited-time treats for An Incredible Celebration. Start with the Mask Pretzel served with cheese or the Hero Sandwich filled with Italian meats and an olive tapenade. For dessert, get a warm Num Num Cookie or cool Key Lime Pie on a stick. 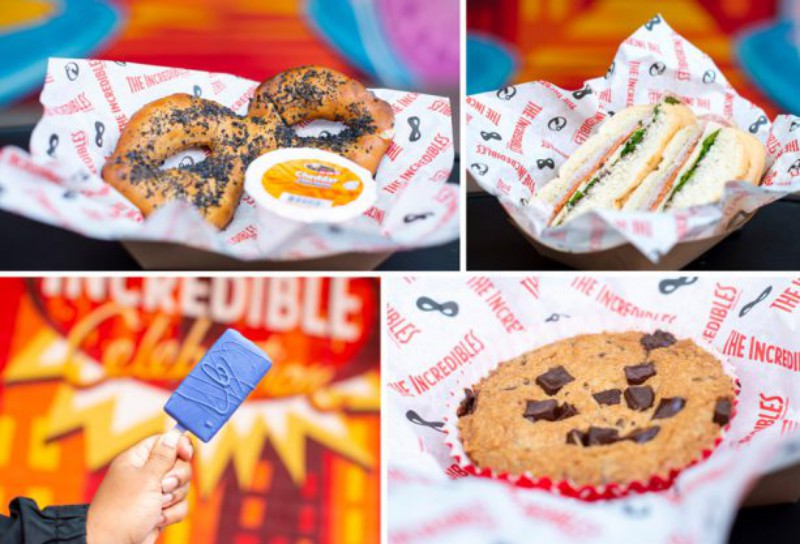 Wash it down with a blue raspberry Frozone Slush topped with whipped cream or the Secret Identity made with frozen Coke and cherry cotton candy. Upgrade to the Pixar-themed novelty straw for even more fun. 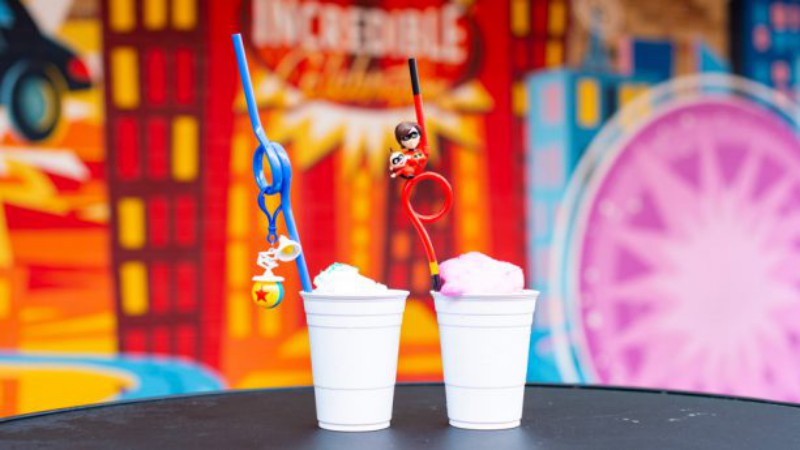 Beginning March 6th at the Yorkshire County Fish Shop in Epcot, a Traditional English Meat Pie is joining the menu. The handheld pie is filled with chicken, mushrooms, bacon, leeks, and a creamy gravy. It’s served with chips (fries). 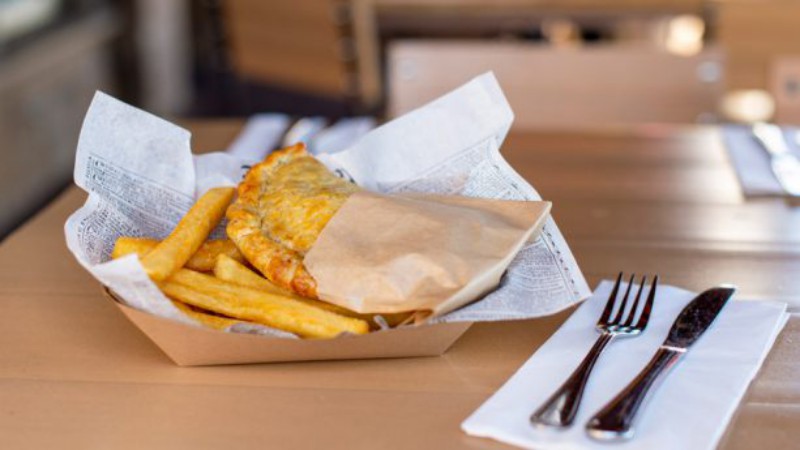 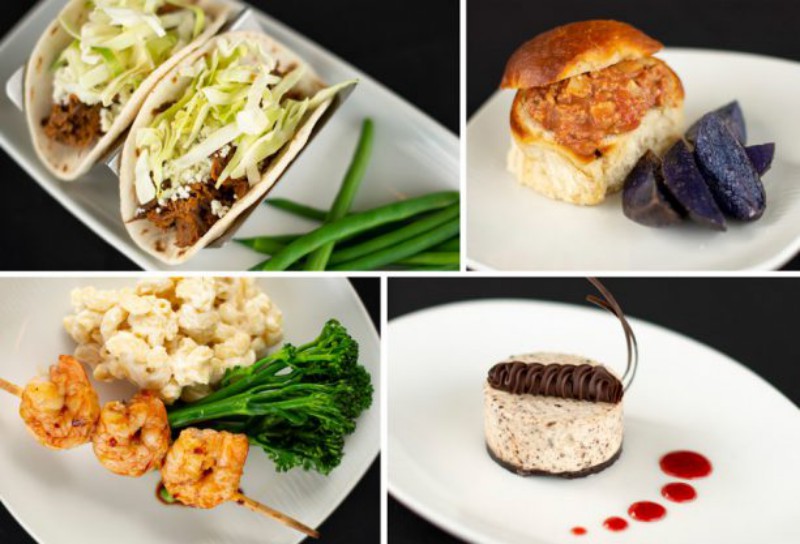 Out at Disneyland Park, look for some special Mardi Gras items at the restaurants in New Orleans Square.

Cafe Orleans is serving Potato Leek Soup and dusting their classic Monte Cristo Sandwich royal-colored sugar and serving it with maple syrup and bacon herb slaw. For dessert, get the Lemon Cake Roll-yall, made with sponge cake and lemon butter creme.

At the French Market, look for the Mardi Gras Coconut Cake, with sponge cake, pastry cream, and coconut flakes. 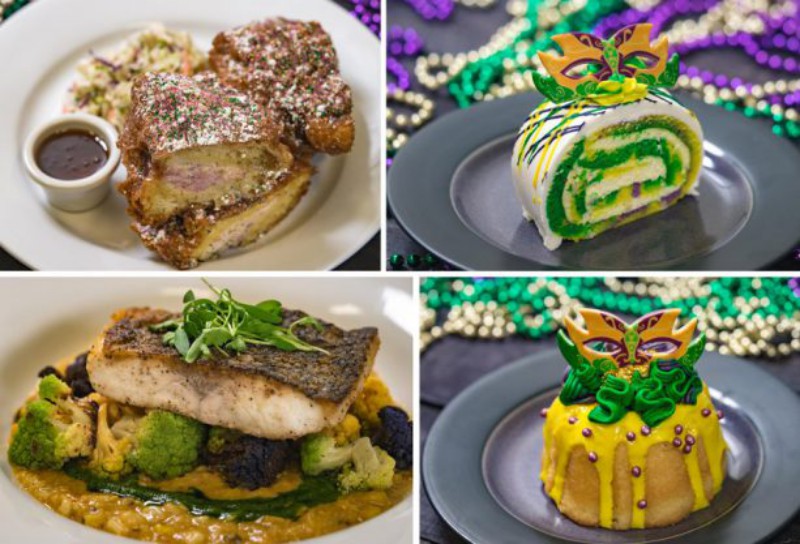