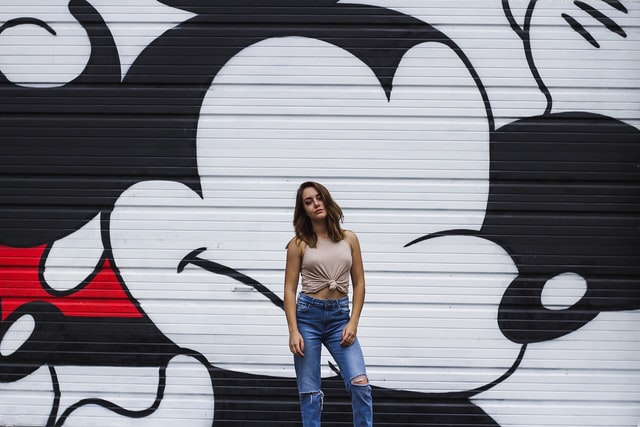 No! Of course they aren’t; no one is too cool for Disney. Allow me to rephrase that one. Do your teens think they are too cool for Disney? Ah, that’s better. With an almost fourteen-year-old, I am newly familiar with the world of moody teen cantankerous behavior, and I know firsthand that nothing you can suggest will please all of them.

Let’s face it; they have spent their whole lives as your little Disney sidekick, enjoying everything that you carefully placed on the agenda; it has always been easy to predict what they will find most appealing. Now, your whole world has turned on its axis, and your little buddy is making a career out of disagreeing with everything you suggest while practicing their resting disappointment face. So, how do we get everybody on board for your next Disney adventure when your teens are committed to a ruse of disinterest? Let’s have a look at a few ways you can turn them around.

Hand over the reins for a day.
When you break down their behavior, it mainly revolves around control. Let’s throw ’em a bone and mark a day where the planning is up to them. Even if that means sixteen loops around Rock ‘n’ Roller Coaster, Tower of Terror until you spew, followed by an ice cream taste-test marathon, show them that you are as invested in their ideas as you want them to be in yours. If you don’t have enough days to give over the power to your dark lord, schedule a smaller block of time somewhere during your stay.

Consider a family suite or villa.
Sometimes the best way to deal with a disgruntled teen is to have a door that shuts in between you. Short of standing them outside or locking them in the bathroom, this isn’t easily achievable in a standard-sized resort room. Not to mention, it is apparently frowned upon. Now is the time to consider an alternative room option. It can be as simple as a family suite at Art of Animation or as decadent as a villa at Animal Kingdom Lodge; either way, everyone will have a more enjoyable vacation with a bit of alone time for good measure.

Pencil in a day off-site.
Fight the urge to spend all your days in the parks and set time aside for something they like to do. A beach day, a skate park, or even a shopping day that’s entirely unrelated to Disney; taking a break from the magic might be just what you need to keep everybody on-side. A pool day at the resort likely won’t cut it, so let your teen do their own research to see what is in the local area they might be interested in.

Don’t push your luck.
In situations like these, you have to pick your battles and trust me when I tell you that forcing the issue of matching family outfits and character meals isn’t going to be worth it. That fantastical hope you have of them rediscovering their love for Pooh Bear at first cuddle is far less likely to be captured in a photo than the look on their face as they plan your demise. Even if they secretly enjoy it, you will likely never know through the thick exterior of practiced disdain.

Depending on their ages and capability, spend some time apart.
This one entirely depends on the type of kids you have and their ages, but if you are comfortable with it, spend some time apart from each other. Start simple with a few hours here and there of doing your own thing in the same park, or give them a day to roam the resort and chill by the pool while you go and hit your favorite rides at Magic Kingdom. Even if you merely choose to enjoy different attractions as the last ride of the day, those little bursts of independence can do wonders for their mood and tolerance level.

Give them a job.
Back to that minor issue of control. Sometimes during that weird age between mid-teen and young adult, kids can feel straddled between being the ‘child’ and being a peer with equal thoughts and input. Ask them for help or give them a job that interests them to keep them feeling in control and valued. For instance, my daughter would be a great photographer, gathering those insta-worthy shots for the inevitable photo book. My son could put his tech obsession to good use and be in charge of scheduling all the FastPasses (as they return), keeping an eye on what is available and where.

Don’t ban devices and headphones altogether.
I know teens and their tech can be super annoying; they become transported into another world, and nothing can seem to break their focus. It’s so easy to snatch it away and ban them from using it. But before you do, reframe that thinking and instead set times when they can use it. Make time to let them cool their attitudes while scrolling through Instagram over lunch or in other breaks, maybe that hour of downtime in the resort before dinner. Besides, if you allow it while you are waiting for your appetizer, the odd message on social media of ‘you’re so lucky you are at Disney and not in school’ might be exactly what you need to gain a bit of appreciation before the main course arrives.

Before you feel too sorry for me, I should point out that my teens do not need this much inspiration for Disney and would happily hop on a plane to visit any time they could. However, one of them in particular certainly does enjoy giving me a run for my money when it comes to pushing back with disagreement just for the sake of it.

If you have other teen tips, add them below. May the force be with you.