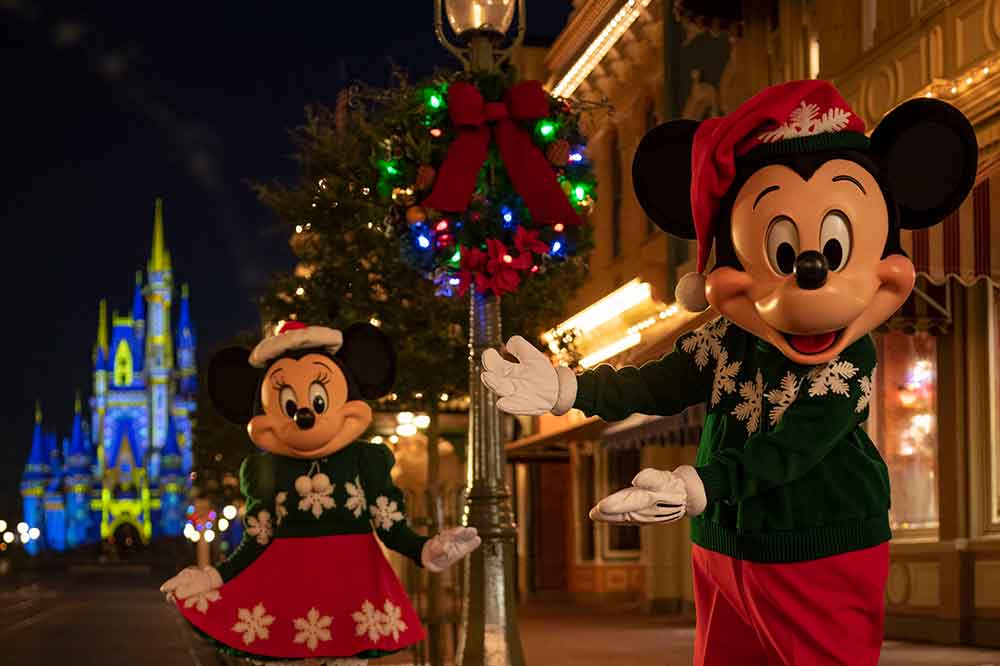 As some of you may know, several of the beloved traditions we’ve all become accustomed to over the years will not be happening at Walt Disney World this holiday season. It’s important to keep these things in mind as you’re making your plans and also to keep in mind that there will still be lots of merriment to be had.

While we remain uncertain of a timeline on the return of any nighttime fireworks spectaculars, Disney has announced some special experiences for the season that are different from what we’ve ever seen in the past which can add an element of fun for guests who have visited Walt Disney World many times during the holidays.

If you’ve been checking out our recent videos over on the DIS YouTube channel, you may have seen some of the character cavalcades that have been sporadically traveling down the parade route in the Magic Kingdom. The cavalcades currently have some of our favorite Disney characters all dressed up for Halloween and the music is familiar with some of the tunes we hear during Mickey’s Boo-to-You Parade that takes place during Mickey’s Not-So-Scary Halloween Party which was cancelled earlier this year.

For the 2020 holiday season, guests can look forward to festive flotillas at Disney’s Animal Kingdom, holiday promenades at EPCOT, and merry motorcades at Disney’s Hollywood Studios. Character cavalcades at Magic Kingdom will have a special holiday twist as well with Christmas friends on festive floats in their holiday finest. Guests will be able to see Gingerbread Men, Elves, and Reindeer, and the Toy Soldiers will join the Main Street Philharmonic as they march through Magic Kingdom.

Now, let’s take a look at the top five things you need to know about spending Christmas time at Walt Disney World in 2020.

In their efforts to temporarily discontinue any experiences and events that draw large crowds of guests to gather in one place, Disney has made the decision to cancel the beloved Candlelight Processional for 2020.

In addition to the cancellation of the Candlelight Processional, Mickey’s Very Merry Christmas Party, a special hard-ticketed event held in Magic Kingdom, will not take place in 2020.

During the holidays, Cinderella Castle is typically draped with icicle lights that create the most magical sight as they glisten against the night sky. This year, the Castle Dream Lights will not make an appearance. In their place, special projection effects will transform the castle with a rotating series of designs including a whimsical Christmas sweater and a regal overlay of red, green, and gold ornamentation.

For the past few years, guests visiting Disney Springs have been able to enjoy the Christmas Tree Trail with trees that have been decorated with Disney imagery and characters inspired by Aladdin, The Lion King, the Walt Disney World theme parks, and more along with a gentle snowfall. For the 2020 holiday season, the themed Christmas trees will be dispersed throughout Disney Springs for guests to enjoy as they shop.

5) No Gingerbread Displays at Disney Resorts

Unfortunately, the traditional Gingerbread House displays that we’ve all grown to love will not be displayed this year to avoid gathering of crowds. I’m not sure about you guys, but the one I will miss the most goes without saying – it’s of course the one that’s typically in the lobby of Disney’s Grand Floridian Resort & Spa.

So, what is there to look forward to, you ask? There will be plenty of festive holiday decorations throughout all of Walt Disney World including the iconic Christmas trees. The EPCOT International Festival of the Holidays begins on November 27th and if you head there with an open mind, you should be able to experience the holiday magic that’s there waiting for you in a new way.