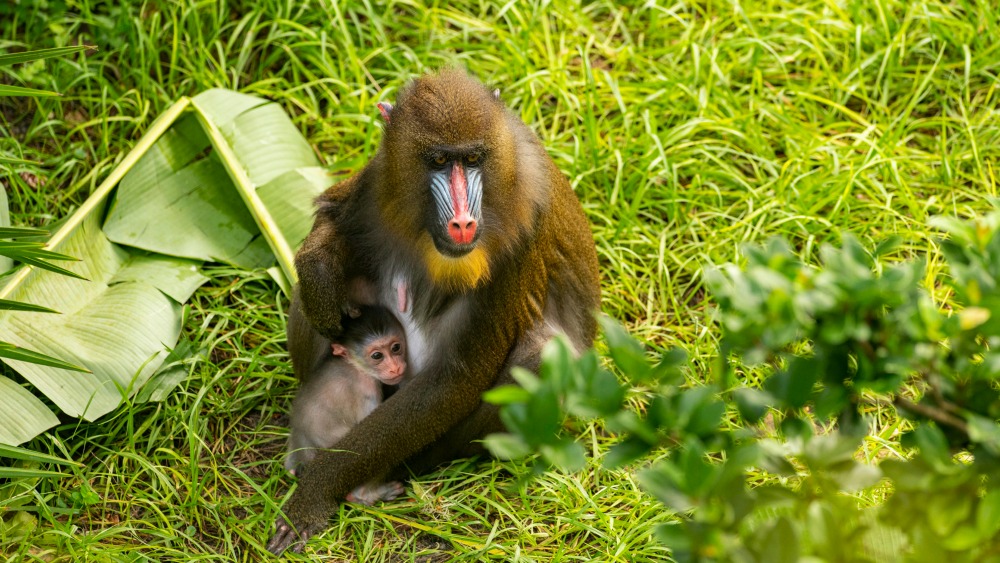 A baby mandrill, seen above with mother Scarlett, was born July 25, 2020, at Disney’s Animal Kingdom at Walt Disney World.

Mandrills are the largest species of monkeys in the world and they can be found in African rainforests where their habitat is disappearing because of deforestation and poaching.

Dr. Mark Penning shared that the baby was born to first-time father, Linus, and mother, Scarlett. Mom and baby are reportedly doing just fine while spending most of their time bonding. In fact, mom keeps the baby so close to her belly that the animal care team has not been able to determine whether the baby is a boy or a girl. Scarlett and the baby have already begun making short appearances in their habitat on the Kilimanjaro Safaris, so if you ride that attraction, keep your eyes peeled!