The Juice With Many Names at Walt Disney World 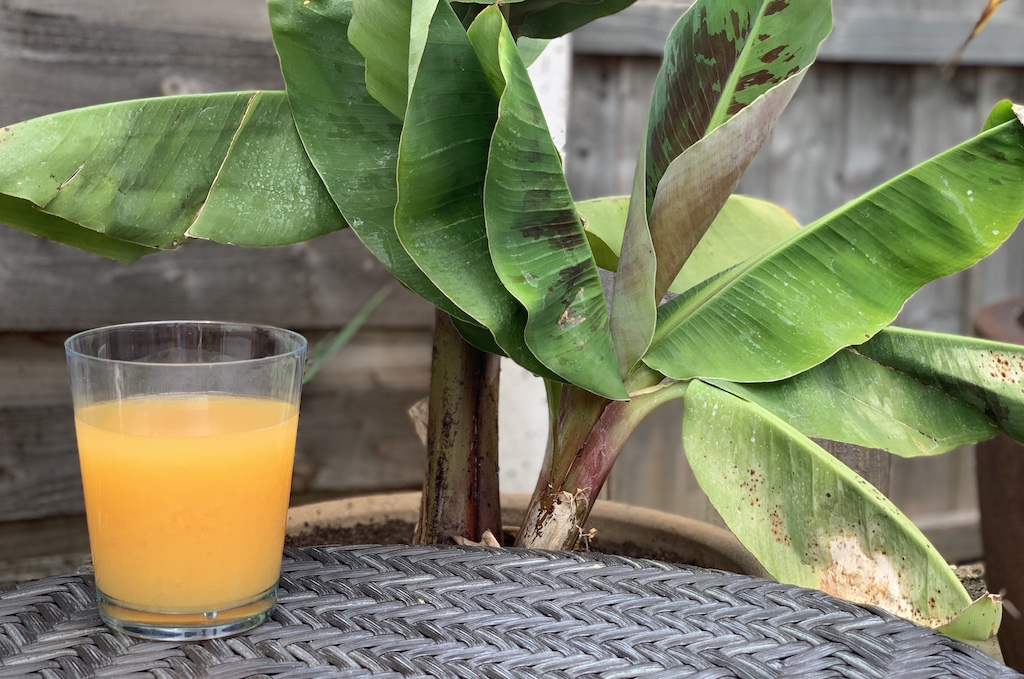 You may have heard of the popular Jungle Juice from your dining experiences in Walt Disney World. You may also know it as Stitch Juice, Moonshine Juice, or just simply POG Juice. Whatever you know it as, this deliciously refreshing beverage is quite a common occurrence on the table service buffet breakfast scene around WDW, and I feel it deserves some appreciation.

The concoction is an equal mix of passion fruit juice, orange juice and guava juice, and it is the perfect accompaniment to your Mickey waffles at breakfast to give you that tropical feeling. The drink’s recipe is why the standard name for the drink is POG, but I much prefer the more creative titles it’s given. It’s mainly served in table service restaurants at breakfast time (the character dining experiences in particular), and it’s something that is almost always served to you as soon as you are seated.

The reason why the drink has multiple names is that the name changes depending on your location. I think it’s great how it’s called something different to channel the theme of the restaurant as it further immerses you into the motif of the dining location. In the Animal Kingdom-themed areas, it’s called Jungle Juice, and at the Polynesian Village Resort, it’s either named Liliko’i to suit the Hawaiian atmosphere or Stitch Juice when you’re dining with Lilo and Stitch. At Fort Wilderness, it reflects the southern, rustic theme by being known as Moonshine.

Here’s a list of the restaurants where I’ve either encountered the juice or have heard that it’s served at breakfast:

Next time you’re walking through Africa in Animal Kingdom, glance over at the Mahindi popcorn cart located just before you walk over the bridge back to Discovery Island. If you’re lucky, you may see a flash of bright orange in a machine behind the counter. That machine contains the frozen version of the drink that’s called, you guessed it, the Jungle Juice Slushy! This is only a “seasonal” item, meaning there’s no set schedule as to when it’s available, and it seems to mysteriously disappear and reappear off and on the menu. One minute, everyone thinks it’s discontinued, the next, it’s back. Time after time, I’ve walked past this cart in parched disappointment that it wasn’t being offered, my throat just aching to be refreshed by frozen perfection, until one day, all my prayers were answered and I saw the spinning slushy machine of orange crushed ice.

There are two options for ordering the Jungle Juice Slushy at the Mahindi cart, but only one is advertised. The version on the menu costs an extortionate price in the region of $20 because it’s served in a souvenir tumbler. However, you can ask the cast member if you can have it in a normal cup for a much more reasonable cost. Having finally seen the drink I’d been after for forever, all sensibleness went out the window, and I opted for the souvenir cup option. The souvenir cup also doubles as a musical instrument and features a music booklet to help you learn to play Disney songs – amazing! You can treat unsuspecting guests to renditions of “It’s a Small World” while you wait for Flight of Passage. 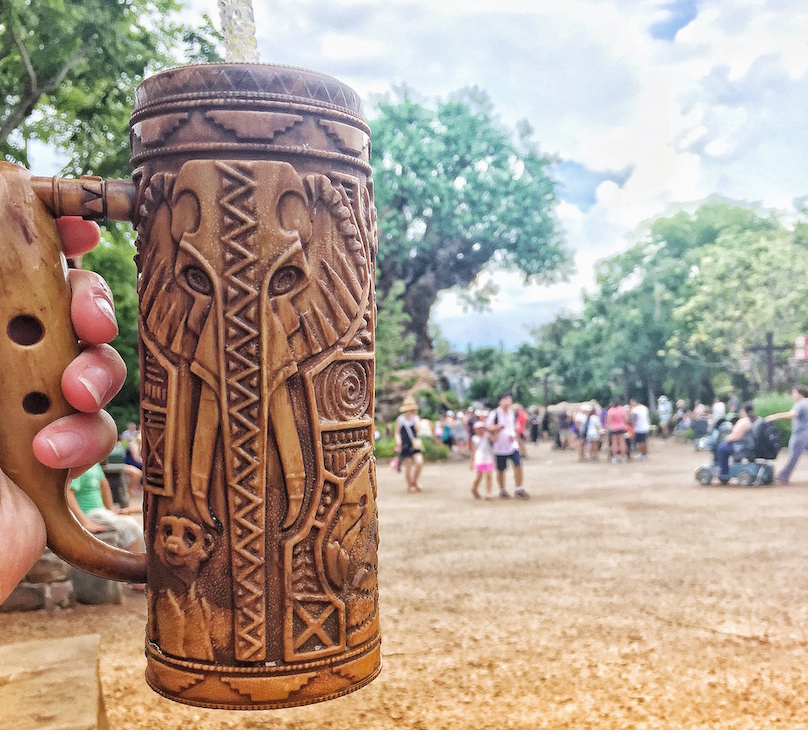 This version of the juice is delicious, but its availability is hit or miss. The good news is that the Jungle Juice Slushy is now available at The Mara, Animal Kingdom Lodge’s quick service restaurant. If you don’t mind taking a trip over to the hotel, I think that The Mara is a much more reliable location at which to try the beverage.

In addition to the slushy variation of the drink, the Dawa Bar in Disney’s Animal Kingdom and Kona Cafe at the Polynesian Village Resort offer alcoholic versions of Jungle Juice/Liliko’i. I have yet to try these, but I’ve heard they’re just as tasty as the regular version, so, if you’re feeling thirsty for an adult beverage, why not try these trusty Jungle Juice offerings?

Everyone gets sad when they come home from a Disney vacation; it’s that lack of magic, sun and fun. Haven’t we all woken up at home the next day only to have a dull bowl of cereal and standard orange juice for breakfast, with the joys of Mickey waffles and Jungle Juice all but a distant memory? Well, it’s POG juice to the rescue! Did you know that you can make it at home? 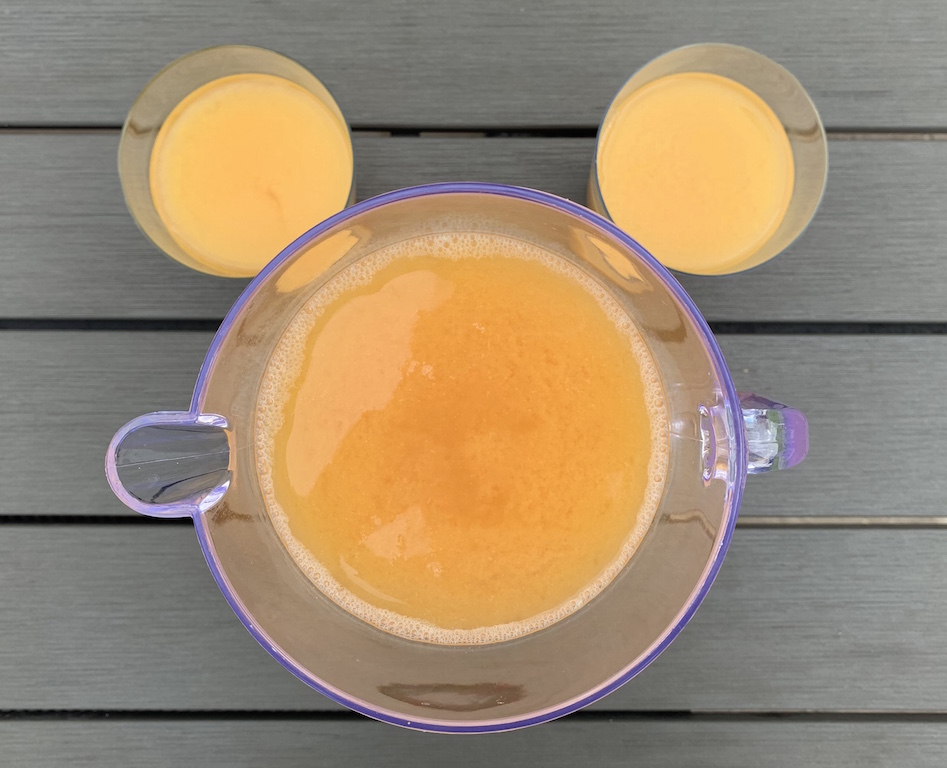 The easy formula of 1/3 orange juice, 1/3 passion fruit juice and 1/3 guava juice makes it simple to concoct a batch of POG juice in your kitchen. Just mix the three juices together to feel as though you’re in your Disney home once again.

Although they’re not sold in the parks, I thought that I’d have a go at making Jungle Juice ice pops. Pour your DIY POG juice into popsicle molds. Place the molds into the freezer for at least five hours and, voilà, you have your very own Jungle Juice popsicles. These popsicles are the perfect refresher on a hot summer’s day. If you’re having trouble removing the popsicles from the molds, run some warm water over them for a few seconds. Doing so should help ease the popsicles out. 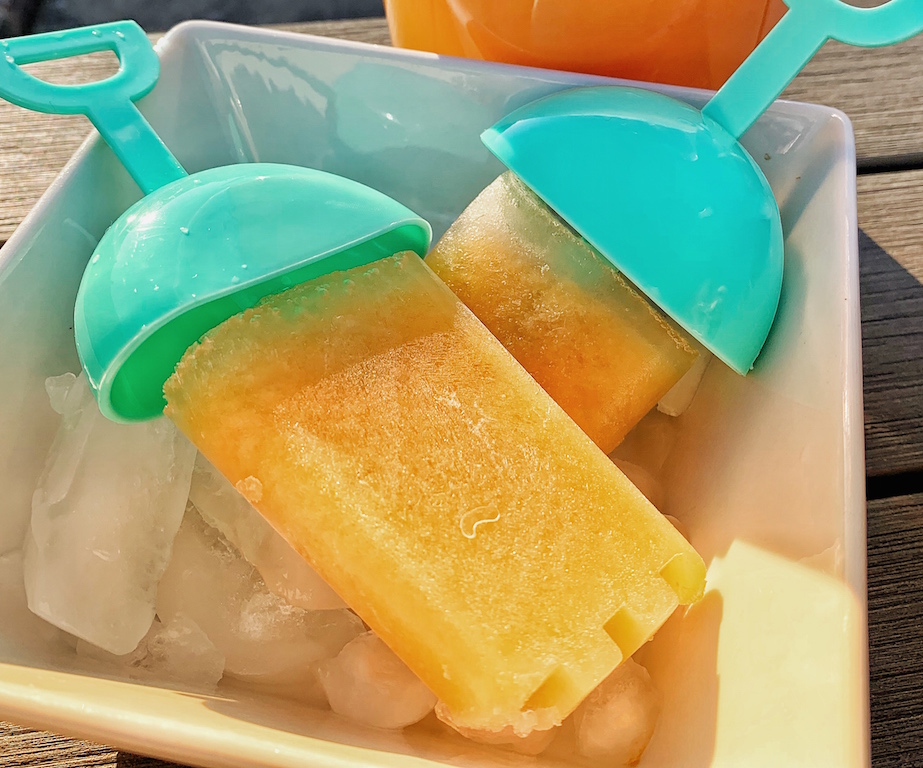 Have you tried Jungle Juice at Walt Disney World and fallen in love with it? Maybe you’ve discovered it at other locations by a different name or had a go at making it yourself. If you have, I’d love to know!