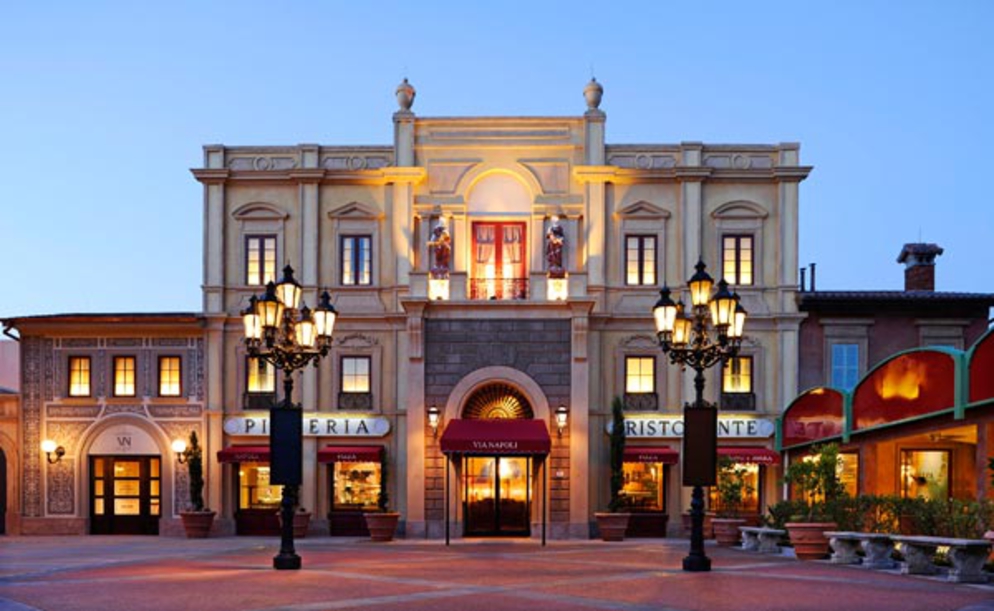 Typical Disney pizza, such as the variety available at PizzeRizzo, is not well-loved, to say the least. The pies served at most quick service locations are subpar at best and inedible at worst. Although most pizzas at Disney World are run-of-the-mill, puffed-crust personal pizzas, there are certainly some standout slices if you know where to look.

California Grill is well known for its high-class cuisine, and their pizza is no exception. The pepperoni pizza on the menu strays from the ordinary formula of sauce, cheese, and meat. This pizza is topped with four different types of cheeses (fontina, asiago, parmesan, and mozzarella), tomato paste, herb pesto, and house-made pepperoni. All these elements combine to form a unique twist on traditional pepperoni pizza while staying true to the picky-eater classic.

The ingredients for this dish are made in-house, making for an overall fresh taste. The best aspect of this pizza is the stupendous mix of cheeses; the flavor of each cheese complements the others, and the tastes combine to create one excellent topping. The sauce is a little on the sweet side, yet it also has a slight spice, making for a delicious tomato element. The pesto is the delectable as well and provides the pizza with an earthy flavor. There is just enough of this herb sauce to elevate the pizza without overpowering its other flavors. This amazing pizza is within reach of the prestigious position of best pizza on Disney property, but it does fall short. I appreciate the house-made pepperoni that is not just grabbed from a greasy bag, but the meat has more of a sausage taste, a slight disappointment to someone specifically ordering a pepperoni pizza.

Trattoria al Forno serves above-average Italian fare, including several delicious pizzas. My personal favorite is the Pizza Margherita that consists of olive oil-brushed dough, crushed red tomatoes, fresh mozzarella, and torn basil. What this dish lacks in complexity it makes up for in flavor. The sweet acidity of the pulverized tomatoes, akin to a freshly made sauce, highlights the ripped basil scattered across the soft, thin dough. Small slices of mozzarella adorn the pizza, providing an extra saltiness. Also, the pizza’s crust is sumptuously fluffy and doughy. However, this pizza is a touch too salty, earning it the second place on this list.

The best, most delicious pizza at Disney World resides in the heart of Epcot’s Italy. Past the tall tower, reminiscent of its original in Venice, and deeper into the pavilion lies Via Napoli, home of scrumptious pizza that honors its Italian roots. My favorite on the menu is the pepperoni pizza, available in multiple sizes, including a half meter indulgence. Via Napoli’s pepperoni pizza is absolutely delectable! From the crust charred by the oven’s flames to the light tomato sauce spread across the thin dough, every aspect of this pizza is incredibly tasty. The mozzarella covering the pizza from end to end is superb and the miniature pepperoni sprinkled across the top offers an extra kick with a spicy, but not hot, flavor. Although the sauce is not as plentiful as other locations, it adds a subtly satisfying flavor to the dish. The char especially offers a nice touch that makes Via Napoli’s savory pie stand out from others.

I wholeheartedly recommend any item on this list to any fellow pizza lovers searching for a break from the quick service status quo.