Disney Rumor Round Up June 2018 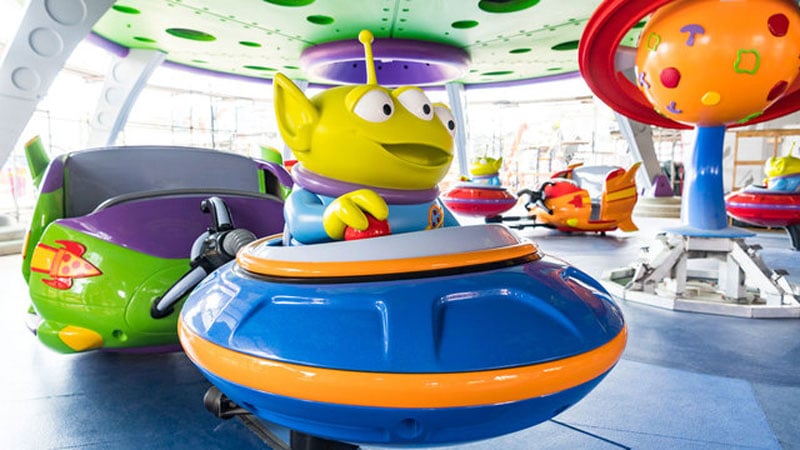 Welcome to the June 2018 edition of Disney Rumor Round Up — you can check out the May 2018 installment here. Summer is in full swing throughout the Disney parks! Disclaimer: any rumors mentioned in this article are not confirmed by Disney and may not ever happen. Disney announced recently that new experiences are coming to Mickey’s Not So Scary Halloween Party including new effects on Space Mountain, Mad Tea Party, and Pirates of the Caribbean. They aren’t expected to be major overlays, like some of the ones in Disneyland, but will be welcomed additions to freshen up the party. There were rumors a while back as well that we could see a new or updated fireworks show for the Halloween party. Disney did mention fireworks for the party but didn’t call them Hallo-wishes in the Parks Blog post, so we may see those new fireworks this year if we are lucky. Illuminations is still expected to get a new nighttime spectacular in 2019 but we may see a temporary show even before that, according to WDWMagic sources. That temporary show could start before the end of this year to help drive some attendance to Epcot. Attendance projections for this park have been reportedly down compared to the other parks. A mysterious newly graveled plot of land behind American Adventure and Japan could be part of the new show as the drone landing site, according to Jim Hill. This plot has shown up in Disney Skyliner permits but its not clear what it is going to be used for at this time.

The Guardians of the Galaxy coaster building is starting to get its roof now as it intrudes on the skyline around Epcot. As of now, this building can be seen from several locations inside Epcot. It is still scheduled to open in late 2020 or early 2021. Toy Story land is ready to go as it opens June 30th. Cast member previews have brought us reviews ranging from those who say it’s spectacular to those who say it’s just okay. One complaint said repeatedly is the lack of shade or indoor venues to get out of the sun or heat.

Mickey and Minnie’s Runaway Railway continues to move towards its opening in 2019. As of right now it is looking to open in roughly September 2019, possibly just before Star Wars: Galaxy’s Edge.

A recent patent for a Star Wars-like blaster could be coming to select characters inside Star Wars: Galaxy’s Edge. The patent says it could be in an outdoor setting or venue.

The parking lot and entrances to Hollywood Studios continue to move further along. The new toll plaza that will welcome vehicles into the parking lot will still have the retro Hollywood feel like the main entrance to the park itself. The brand-new expanded bus loop is also well underway and will be a bit further away than the current bus loop. Expect it to be similar in style to the Magic Kingdom bus loop. Changes to the tram lanes and other areas of the parking lot are still expected. It seems Disney hasn’t decided what to do with Dinoland U.S.A. as of yet. According to WDWMagic sources, it has shifted back to possibly a redo of the land still involving dinosaurs rather than adding Indiana Jones as rumored before. I am sure this rumored change will remain fluid for some time, as it seems to still be in the blue sky phase of development. The Dinoland redo is just one possible plan for the future of Animal Kingdom, with others including a phase 2 of Pandora: The World of Avatar. The first Disney Skyliner cabin has been spotted on property. These cabins are expected to fit 8-10 people and be accessible for ECVs, wheelchairs, and strollers. These cabins will not have air conditioning inside. There will be solar reflective windows on the outside as well as ventilation along the bottom and top. Having air conditioning in a gondola cabin is rather rare and often not very feasible. The Hollywood Studios Skyliner station is furthest along right now, as theming of the station has begun. The Skyliner is expected to be fully operational early next summer.