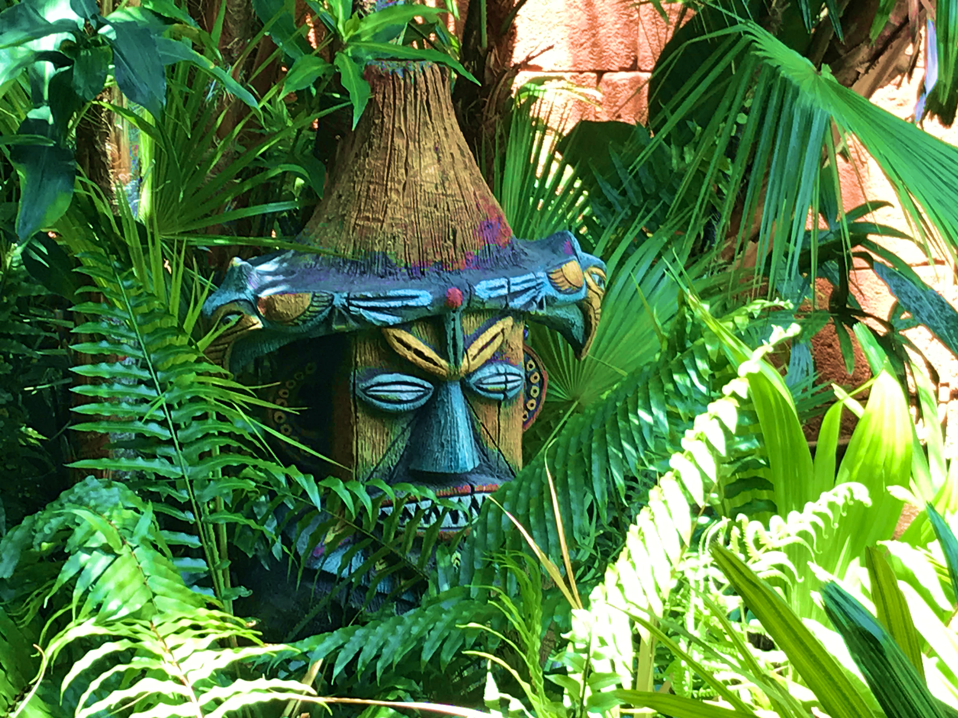 Until my recent trip in mid-August of 2020, I have never been to an empty Walt Disney World theme park. Having only traveled to Orlando from mid-May to August, I am accustomed to wall-to-wall people. But this year, I experienced the parks as I had never seen them before. Empty. I initially arrived at Magic Kingdom on a Thursday at 10:30am and Peter Pan’s Flight was a walk-on. This provided the ability to see and hear details which are a challenge to see when hordes of people are packed in and some hustling is required in order to have a full experience. There were five things in particular which I was very pleased to truly notice for the first time.

Old Hollywood and the world of early movie making is one of my favorite historical periods and is a theme the Disney parks occasionally tap into.  Hollywood Studios was initially built with the period of 1940’s and 50’s Hollywood in mind. And while the park is turning away from that world, it is still evident on Sunset Boulevard and Hollywood Boulevard. One of the details which I knew about but never really took the time to notice are the billboards located on the boulevards and around Echo Lake. They are well-kept, referencing entertainment, places, and products from the era. Included are billboards advertising: the Hollywoodland housing development, the Hollywood Canteen, Disney’s 1939 short The Autograph Hound, and more. On top of buildings they can really only be seen if one stops and looks straight up. Keeping them in place throughout turbulent years at the Studios, they serve as stalwart reminders of a much more optimistic and wholesome era.

The symbol of Walt Disney World, Cinderella Castle recently received a new coat of paint, giving it a vibrant appearance. The walkway through the castle is now open, with Prince Charming Regal Carrousel spinning away, creating a truly inviting symbol at the end of Main Street, U.S.A. Mosaic murals inside tell the story of Cinderella (1950), familiar to viewers of the Disney film, but with a medieval design. Using over one million pieces of Italian glass, 500 colors, and real silver and gold pieces, five murals tell the beloved story.

Normally, if walking through the castle is available, it is a crush of humanity. Not only convenient to walk through, throngs waiting for the Bibbidi Bobbidi Boutique and Cinderella’s Royal Table (both closed as of this writing, CRT reopens 9/24), can make even taking a picture a daunting task. With these closures and limitations on attendance, I generally found the walkway through the castle vacant. This allowed the opportunity to step back and see the stunning detail used in telling the Cinderella story in intricate detail. The mosaics are alive with color, and full of familiar characters such as Lady Tremaine depicted in a fashion very different from the film. The small animals crucial to Grimms’ fairy tales are not neglected, with cats, rabbits, mice, and birds featured. These truly gorgeous pieces of art should be absolutely photographed as much as the exterior. I am as guilty as anyone of running on by and not taking notice, and it much easier with the aforementioned closures to stop and observe. Essentially, in a tunnel in the heart of one of the world’s best theme parks, these murals are easy to miss. On your next visit to Magic Kingdom, I would highly recommend, perhaps just before opening, heading through Cinderella Castle and taking a close look at these treasures.

Background music (BGM) can be heard in all areas of Walt Disney World, including restrooms and resort buses. BGM is not something I noticed for the first time in an empty park, with Soarin’s and the Pirates of the Caribbean queue soundtracks being favorites.

But, with being on a bus with only one other family or being able to amble through a normally stuffed Fantasyland, there was a whole other world of music and noises I could really notice. Heading to the Beach Club Resort (a Deluxe resort) on the bus, the ride was accompanied by a wonderful calming track of sea noises and an occasional seagull. Music and punny announcements made in the queue for the Jungle Cruise can be appreciated much easier when the few guests present are six feet apart. Again, hearing BGM is nothing new for any experienced Disney Parks visitor. I am listening to the Tree of Life soundtrack as I write this! But with other sensory distraction removed, the sounds of the parks really stand out.

Much like background music, attraction signs have been in the parks since the opening of Disneyland. But taking the time to notice them normally can be obstructive to other guests. Attraction signs and facades are often works of art in and of themselves. Big Thunder Mountain Railroad’s sign and queue entry, when one takes the time to look, is a whole world of desert fauna, mining equipment, and inventive structures. But with wait times of easily 60 minutes or more, it can be hard to stop and take notice without being obstinate. The carved signs, shields, and statues of Adventureland also stood out as exceptional in their detail and beauty. During more conventional times, these works of art may not even be visible. Wrought iron, woodwork, use of light, thatched roofs and more are all crucial to creating immersive environments.

The Haunted Mansion is Scary

The Haunted Mansion in Magic Kingdom’s Liberty Square is a perennial fan favorite. I have never really thought of the attraction as scary, but more creepy and eerie with fun elements. Sitting in a Doom Buggy (ride vehicle) with no visible guests was downright scary. From the growling wallpaper to a dusty cluttered attic, the Haunted Mansion transformed into an ominous and menacing excursion. This was not a disadvantageous experience, and in fact created a greater appreciation for the delicate tight-rope the attraction must walk. Morbid but not vulgar. Dark and mysterious, but not terrifying. Riding basically as the sole guest (that’s what it felt like at least), the Haunted Mansion became creakier, colder, and almost frightening.

Walt Disney World is not meant to be empty, and hopefully as guests come back reporting positive experiences, more will feel comfortable traveling.  With greater freedom of movement and without the cacophony and hurly-burly of literally thousands, the true beauty of the parks are on full display.

What has your experience been like in the sparsely populated parks? Is there anything you are really noticing for the first time?