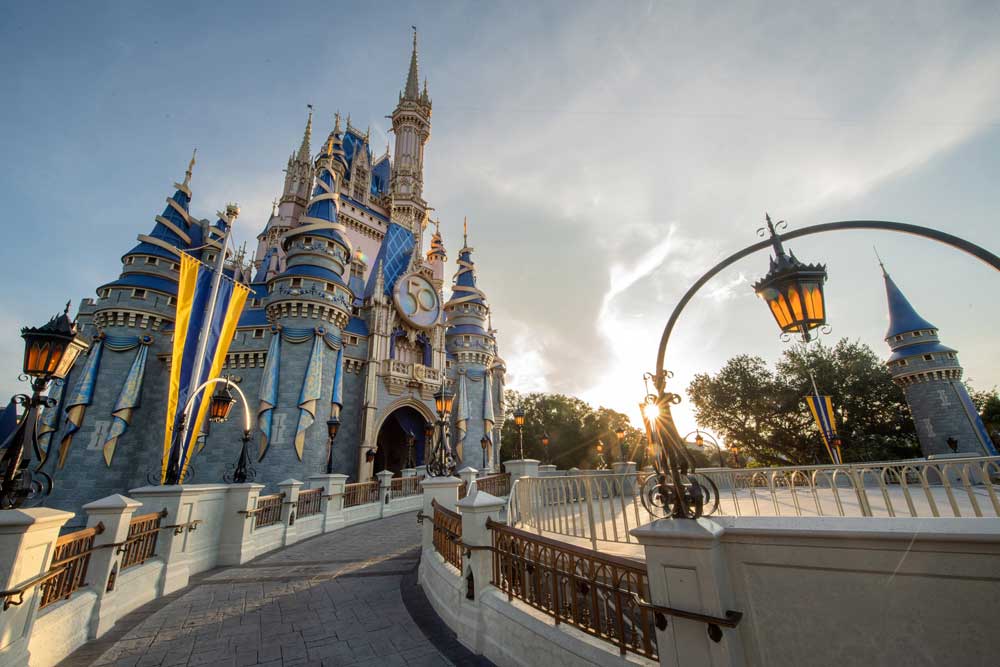 October 1st, 1971, was a beautiful day filled with unprecedented anticipation and excitement that electrified the air. A smaller-than-expected crowd of approximately 10,000 people gathered to witness the celebration of imagination and family-style fun with the opening of Walt Disney World. Though the anniversary that we have all been looking forward to falls on this very day, the project, once known simply as Disney World, started many years before that in 1964, when a land acquisition plan was initiated, and the rumor of an east-coast Disney park began to circulate.

After the death of Walt Disney in 1966, brother Roy O. Disney declared a change in name to Walt Disney World in honor of his beloved sibling and business partner. Just one year later, in 1967, Roy presented Walt’s plan for the Florida-based Disney Park, revealing the design for a futuristic metropolis that would later become EPCOT. It was clear that the scope for this land was more extensive than anyone could imagine, with the team determined to carry out the dream of their departed visionary leader.

In the following four years, construction moved ahead on what would become Magic Kingdom alongside two resorts, The Contemporary (once planned to be the Tempo Bay Hotel) and the south seas-inspired Polynesian Villiage Resort. These three impressive sites were connected by a Monorail loop, designed and engineered in California. Having overcome many challenges, often deviating from the original business plan, Walt Disney World finally opened on October 1st, 1971, thirteen years after Walt Disney commissioned research for a second Disney location and seven years after its Orlando inception in 1964.

When its debut occurred, I wasn’t even a consideration in the minds of my then-young, teenage parents-to-be. And yet, the result of this confluence of events ultimately went on to change who I would grow up to be all these years later. The history of how both Disneyland and Walt Disney World came to be is fraught with challenges and obstacles that on many occasions almost ended both projects; however, the stories told have a different lesson in mind, one of problem-solving and overcoming adversity. Much like the storyline from many of Walt’s movies, the good always triumphed and found a way to move forward.

Walt Disney World might not be commonly thought of when reflecting on the early days of Disney, often overshadowed by its older, west-coast cousin, though the creation of the Orlando-based park, in some ways, meant so much more. Walt Disney World was an idea reborn, proof of concept that the magic of Disney could be recreated outside of the original location in Anaheim and without the watchful eye of Walt himself at the helm. The new park demonstrated that the charm of the Disney Parks ideology wasn’t only in the physical structure of the walls, but in the cast members that embodied the magic and the guests that made their family memories there.

We often use the word magic when we describe the atmosphere of Disney Parks, and as much as I have tried to replicate that feeling in a different term, there just isn’t one that conveys the same message. The experience is a multi-faceted sensory awakening, complete with ambient music and fragrant teasings that transport you from one theme to another as you move throughout the park. The environment is the ideal balance between sensational positivity and inspiration as the characters and storylines provide the perfect jumping-off point for your imagination to wander. When all the elements combine, you are left with what I can only describe as a tingle in your soul, a sensation that something deep within you has been changed for the better in a way that will never leave you.

Today celebrates fifty years of a destination that inspires change. We visit, distracted by smiles and laugher while the responsibilities and stressors of home fall by the wayside. We learn, slowing down to enjoy the moment. We grow, working through problems and adapting to change. We teach, leading our children by example with patience and an appreciation of value. We connect, creating and fortifying bonds that can last a lifetime. Walt Disney World offers a platform for some of the best life-learning opportunities you can find. For fifty years, we have taken these moments of clarity home to our regular lives, implementing the pixie-dusted outlook in our day-to-day and sharing them with the people we love. It doesn’t get better than that.

Thousands of people have dedicated their lives to the joy of Disney, and some of them have been at Walt Disney World since day one. For every one of those moments we cherish, there was a cast member on the other side; either in the moment with you or behind the scenes crafting the environment you were enjoying. I just want to take a moment to say thank you for all the warm-hearted greetings and helpful assistance.

Walt Disney World is in itself a coming of age story, growing into its footprint with every expansion and reimagined upgrade, cultivating a worldwide fan base that has come to rely on its presence. It’s a love that can be handed down through the generations for a physical place that symbolizes the endurance of goodness, hope, and a lifetime of beautiful memories.

Happy 50th Anniversary, Walt Disney World, and to all of those that have taken part in its creation and daily operations, thank you. What a wonderful place you have created for us to enjoy. Thank you for the beauty, the kindness, and the never-ending reminder that an enchanting existence is out there.

If that isn’t magic, then I don’t know what is.

Are you looking for ways to enjoy the 50th celebration from home?
Check out the links below for some of the best coverage from The DIS team to help you plan your next trip or:

Looking for Walt Disney World 50th Anniversary Merchandise? We have everything you want to see right here in our Special Edition: 50th Merch Meeting!