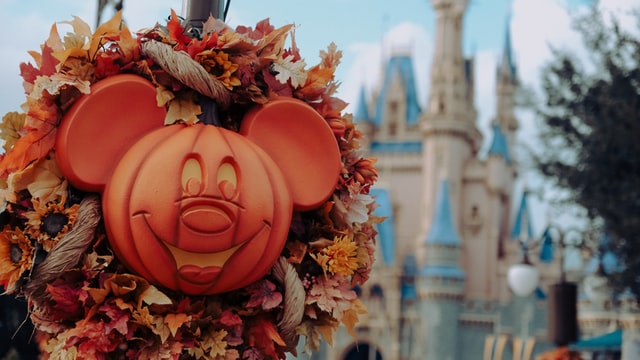 If you were paying attention last week, you likely saw The DIS team covering Disney’s After Hours Boo Bash, which kicked off last week on August 10th and will run through till October 31st. Watching from the other side of the world, an undeniable excitement ran through me. Now, to be honest, I am more of a Christmas girl than Halloween, but the magic of Walt Disney World transcended through space and time as I watched on, teleporting my emotional self right up to Florida in the place I would love to be.

I felt lighter and happier, thinking the spooky season was upon us. But as I started scrolling through this week’s Monday Merch Meeting, planning my decorations for this year, it occurred to me; it’s only August!

I know this comes up every year, and usually, I must admit I am on the side of, the longer, the better. As someone that can rarely visit for the holidays themselves, this elongated celebration affords us the opportunity to experience the festivities we otherwise wouldn’t be able to. For some reason, this year has made me see things a little differently, wondering if the time you can spend in Disney parks in their naturally decorated state is becoming so narrow that it’s almost impossible to enjoy.

Think about it. If Halloween runs from early August until the end of October, almost immediately followed by Christmas, which runs from early November until mid-January, that means that guests can only get a look at the natural park atmosphere a little over six months of the year. Maybe I was too quick to jump on the ‘the more, the merrier‘ bandwagon. I still believe that it’s a great thing to allow more people to experience the excitement, however, surely one to two months is enough?

The more I think about it, the more I start to feel like maybe these prolonged celebrations are taking the excitement out of the occasion itself, sort of desensitizing us when it comes to feeling that thrill of a certain time of year rolling around. Of course, these events are a big deal, with lots of work going into each one at every location, though I am convinced that pushing these dates further and further out is now detracting from the experience, not adding to it.

This same approach isn’t limited to the seasonal favorites, also applying to one-off events like the Walt Disney World 50th Anniversary, which will be celebrated for a solid 18 months from October 1st, 2021 through April 2023. I’m sure everyone wants a chance to see the action, but once you are pushing past the next anniversary, it seems a little… gratuitous? Can you imagine celebrating your fiftieth birthday until you were fifty-one and a half? No, of course not, because that would be silly.

Disney surely isn’t shy about their limited release merchandise, with some items impossible to get, yet they seem to have a serious aversion to any limited-time experience. Every day at Disney should feel special in its own right, not because it is covered by holiday theming that won’t be pertinent for another couple of months. I always remember a comment that I read on one of my articles here years ago. If everyone is special, then no one is. The context of that isn’t relevant, but it reminds me that we need the in-between days to appreciate the rest of them and give ourselves events throughout the year that we can really enjoy and get excited about.

Remember when you were a kid and wished that every day was like Christmas or your birthday? But then you grew up and realized that was flawed thinking, for if every day felt like Christmas, then none would feel special or magical at all. I’m wondering exactly where that line is; are we drawing these occasions out too far, or am I just getting older and nostalgic for the good old days of simpler travel and limited-time celebrations that really meant something? I am torn between appreciating that many guests in certain positions (such as teachers) or international visitors like myself can’t always attend these things when limited to closer to the day, and also thinking that the line needs to be drawn somewhere before we are celebrating these two holidays year-round.

Let me know your thoughts.