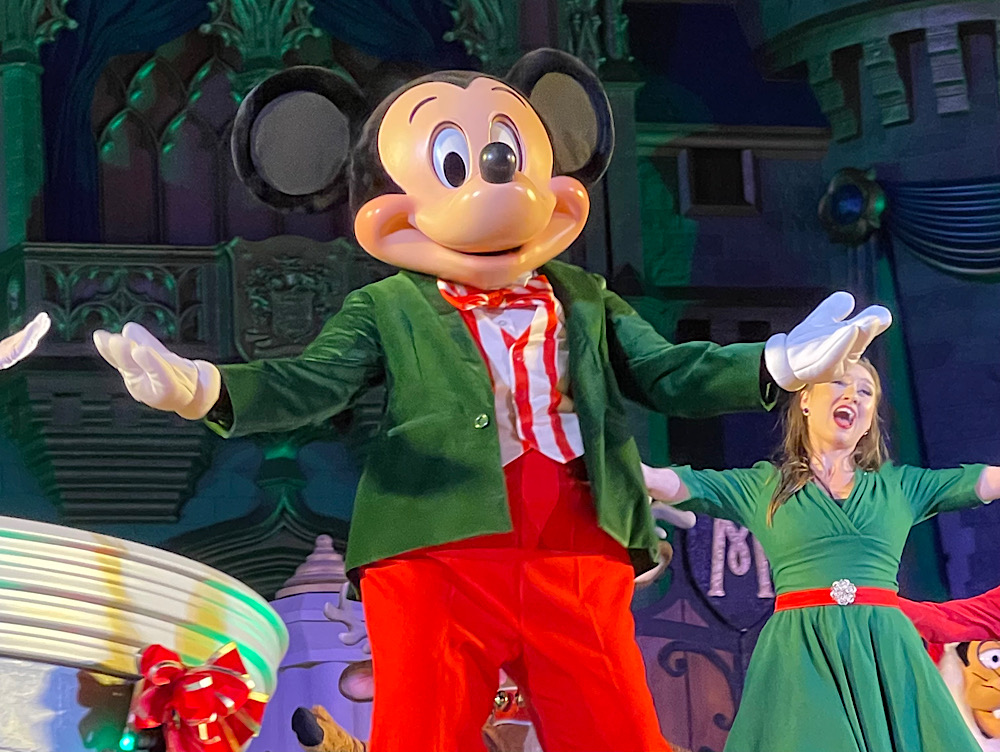 I need your help with something. It’s the middle of the holiday season, and we Walt Disney World fans have been given what we’re being told should be something to be excited about, and if you look at ticket sales, you would think it was the answer to all of our Christmas wishes. But, as I said when I attended the first evening of this gift, Disney Very Merriest After Hours, it’s pricey. So I need your help: how high does the price need to be before you decide it’s not worth it? What’s your tipping point?

I woke up on Monday morning with the vibe that you and I were going to soon hear news about a slate of After Hours events coming to Walt Disney World for Spring 2022, and later that the afternoon, news about Disneyland’s upcoming Spring hard-ticketed events was released. It’s only a matter of time before we hear what’s coming to WDW, friends.

A lineup of After Hours events was on the docket for Spring 2020 before the world went sideways. With this year’s advent of Boo Bash After Hours and the holiday-themed Very Merriest, I can’t help but think that the After Hours model of hard-ticketed event is going to become the mode d’employ here in Florida. I hope I’m wrong, but if these events keep selling out, why should Disney leadership shift to (or back to) another model?

Which gets me back to my original question: how high is too high for you to decide not to attend an After Hours event?

Let’s spend a minute or two with Disney Very Merriest. Guests who attend this year’s holiday season event in the Magic Kingdom have the chance to enjoy a stage show. The addition of live entertainment is certainly a welcomed thing. But does that help make the event’s overall cost – between $169 and $249 depending on the day – more palatable? Or does the event still fall short of its steep price tag?

The question remains: does the addition of a stage show, something that guests (including some of us on the DIS team who attended the Boo Bash After Hours event) wanted to see return, justify the price tag?

Guests attending Very Merriest are also treated to the return of both Minnie’s Wonderful Christmastime Fireworks and the Mickey’s Once Upon a Christmastime Parade. Side note: what is with the extremely long names for all of the holiday-themed happenings ‘round here? And, as has traditionally been an element of Disney After Hours events, as part of the hard ticket event price, frozen novelties, popcorn, and bottled sodas and water are included. Guests attending the event also experience lower crowds and thus have a better chance at riding a greater amount of attractions during the 4-hour event. And, thankfully it’s a 4-hour event; Boo Bash lasted for only 3 hours, and in my opinion, was nowhere near the time required to justify the hefty price tag or enjoy all of the party elements.

So, if you’ve attended Disney Very Merriest, in your mind, is it worth the cost that you paid to attend? While yes, we’ve gotten fireworks, a parade, snacks and drinks, lower crowds, and now a stage show, the starting price for tickets is $40 higher than Boo Bash. So while the original announcement regarding the addition of said stage show was released with great aplomb, I have to say that I’m not sure that it’s enough. We’ve been given an extra hour, and the return of a few modified fan-favorites, but it’s come at a price.

And we land back on just that: the price tag. To enjoy an evening at this year’s Halloween iteration of the Disney After Hours event, guests were charged between $129-$169 and, on Halloween itself, $199. Let that sink in. Even on the six evenings that offered the lowest-priced tickets, guests paid $43 an hour to attend Boo Bash. On the highest-priced nights, the cost per hour was $56.33. For perspective, tickets for the 3-hour Villains After Hours event were between $129 and $139, making the lowest-priced nights $43 an hour as well. It’s a standard, I suppose.

As I mentioned earlier, a guest will pay between $169 and $249 to attend Disney Very Merriest. Granted, the $249 evenings are the ones closest to Christmas; Disney has traditionally charged more for hard-ticketed events as the big days draw nearer, so that’s not a surprise. Now let’s look the lowest-priced Disney Very Merriest ticket, $169, for example. That comes out to $42.25 an hour to be in the Magic Kingdom on one of those four evenings. Again, I guess that Disney decided that we’ll pay $43 per hour per person for hard-ticketed events. However, on the most expensive nights, the cost per hour soars to $62.25. Yikes.

Like all things Disney, it comes down to perceived personal value. I love Mickey Bars; they’re my favorite Walt Disney World snack. The most Mickey Bars that I can eat in one sitting is a grand total of two. And while it’s good to remember that guests attending one of the After Hours events can enter the park on their party ticket beginning at 7pm, if we add in the 2 extra hours (albeit you won’t have the included snacks or the lower crowds for which you’re paying that hefty price until day guests are cleared from the park at 9pm), you’re still paying $25.80 per hour to be there.

As I sit here and write this, a day’s ticket to enter the Magic Kingdom is $109. If the park is open for 12 hours, that makes each hour ring in at $9.09. Granted, I might have to wait in longer lines (and consider purchasing Disney Genie+ at $15 per person per day in order to enjoy similar lower wait times) in addition to buying my own Mickey Bar, but to me, the difference in price is significant.

That being said, I know that for those traveling to Walt Disney World from far away, paying a premium – whether that be for a hard-ticketed event or for Disney Genie+ – to be able to maximize their time riding attractions might be incredibly worth it. Perhaps you want to see a character who is only available during a hard-ticketed event, or the lower crowds bring an added level of comfort or accessibility; whatever the reason, I know that for some, Very Merriest’s price tag will be worth it.

So, what do you think? What’s your tipping point as far as Disney’s After Hours events are concerned? Please let me know in the comments section below.