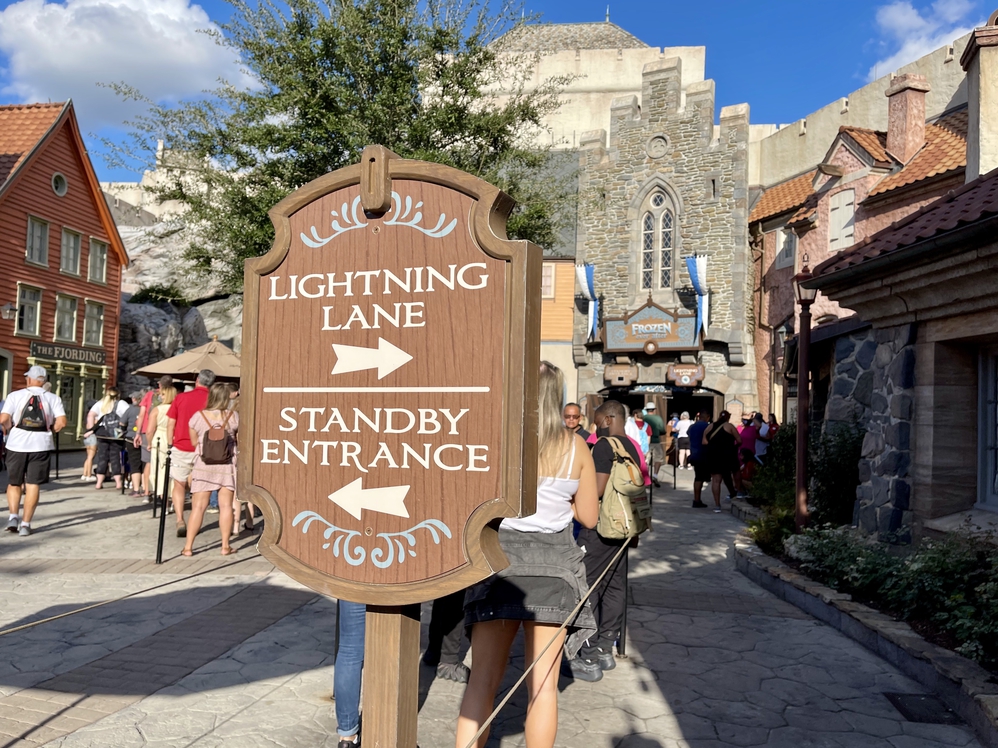 Friends, I think we need a Disney Genie support group. We’d have it in a quiet room, there would be snacks, of course, and we would all gather to simply share our experiences – both good and bad – of interacting with our new friend the Genie. In lieu of such a group, we have this article and its comment section. Let this be our safe space, and let me take just a couple of minutes to share a few nuggets that I learned by using Disney Genie on its launch day. Grab a cookie and let’s get started.

Just in case you’re confused as to the difference between Disney Genie, Genie+ and Individual Lightning Lanes, you’re not alone (remember, this is our virtual support group). If you’d like to dig into all of the details, be sure to check out this article.

Remember that Disney Genie is not the boss of you.

When you sign into Disney Genie, it’ll ask you what attractions you most want to ride, what elements of Disney fandom/park touring and in-park dining you’re most interested in, and what extras you’d like to add to your day (like building a lightsaber). Genie will then spit out a suggested itinerary for your day. The key word in that sentence is suggested. If you’d like to take Genie up on its suggestions, that’s up to you, but if not, you can move things around or ask for alternative suggestions until the cows come home. As the park fills, the suggested alternative choices will start to dwindle in number, but as the crowds ebb and flow during the day, you might see suggestions start to pop back up. Remember that Disney Genie is the free/complimentary portion of the digital service, and the suggestions that it makes are not reservations. Think of it as a traveling companion that points out that you might enjoy this or that. You have every right to look at that friend and say no thank you.

When you purchase Disney Genie+ ($15 per day, per person), you are still the boss, but to a lesser degree. You tell Genie what you want to ride, but when you take Genie+ up on a suggestion, you’re locked into a 1-hour window to ride that attraction. You can cancel the reservation, and if another one is available after canceling, you can reserve it.

Disney Genie+ has a little grace built into it.

If you’re running late for your 1-hour Genie+ window, there’s hope. Like FastPass that came before it, Genie+ gives guests who are running behind an extra 15 minutes. Arriving at an attraction beyond those 15 minutes? It’s up to the cast member staffing the Lightning Lane to make the decision as to whether or not they can let you in. Shout out to the cast member who had mercy on me and let me into the Soarin’ Lightning Lane at the 16-minute mark on Tuesday. Ahem.

Park hopping with Genie+ is a-okay.

If you have a ticket with the park hopping option and you’ve purchased Disney Genie+, you can make attraction selections before you hop after 2pm to your next park. I began my day in Hollywood Studios, and riding a variety of attractions using both standby lines and Lightning Lanes, I made the decision to hop to EPCOT. From the Studios, I jumped into Genie+ and saw that Soarin‘ had Lightning Lane availability right away. Well, it turned out to be too right away (I sat for a few minutes to have a quick snack…snacks are important, you know), and before I knew it, I was running late for my 1-hour window. If you’re park hopping, keep in mind that the Skyliner, especially the leg between Caribbean Beach Resort and EPCOT, can slow down and stop from time to time, and all you can do is sit there and watch the minutes tick by. Park hop, but my recommendation is to be sure to account for all of the travel time that will be required. An hour can fly by very quickly in the Walt Disney World parks.

Sometimes Genie+ and Individual Lightning Lanes are worth it, and sometimes they’re not.

If you want to purchase Genie+ or Individual Lightning Lanes for an upcoming visit, you may want to sit down and decide which rides would be worth their purchase prices (or Genie+ price) for you ahead of time. One option available to you is to purchase Genie+ for a certain park (or parks if you’re hopping) or a certain day. If you’re using Genie+ day-of, you don’t have to purchase it for every day of your visit.

The wait times in the standby lines that I experienced on Disney Genie’s debut day were manageable, and nothing was too overly long as a result of the new Lightning Lanes. We’ll have to continue to keep an eye on things, because it’s possible that those lines will grow longer as more people buy into Genie+. If you choose to solely use standby lines during your park day, I would suggest what I suggested pre-Genie: get there early, get on your favorites before the lines become too long, and, as Kathy Werling says, pack your patience.

If you want to ride an Individual Lightning Lane attraction, it’s time to rise and shine.

I was told 2 weeks ago by Disney leadership that if a guest wants to purchase an Individual Lightning Lane, they should do it earlier in the day rather than later. Very. True. Words. If you’re staying at a Walt Disney World resort, you have the opportunity to purchase an ILL starting at 7am, but if you’re a local or staying off property, you cannot purchase them until the park has opened for the day. You don’t have to be in the park to purchase the Individual Lightning Lane, but you should definitely be in the app as soon as the hour ticks over so that you have the best selection of times from which to choose. On launch day, the ILLs for Star Wars: Rise of the Resistance were gone less than an hour after official park opening. Fortune favors the fast. And the early.

Remember that the Genie and his bag of tricks are optional.

It’s good to remember that every attraction has a standby or virtual queue option that all guests can access. This new system? It’s needlessly complicated. It isn’t super streamlined. It’s a way for Disney to continue their trend of monetizing that which used to be included in the price of a theme park ticket and/or resort stay, which, as I’ve written about, disappoints me to no end.

After using Disney Genie in the parks, I can say that some of the functionality is user-friendly, while other portions aren’t as intuitive as they should be. And, in my mind, every single portion of Disney Genie should be the most intuitive thing that you and I have ever used. The amount of money that guests have to pay to get into the parks and the amount of planning that goes into a Walt Disney World vacation are reason enough to expect that Disney’s technology would be top-notch and guest-friendly for all. Not just for those that choose to take advantage of their upselling opportunities.

As I said on last week’s DIS Unplugged dedicated to all things Genie, we’re going to get through this together. The more we talk through it and share ideas, tricks, and tips, the less scary it’ll be. It might still be complicated, and it might still make us want to scream, but we here at The DIS will continue to try in the days ahead to make it just a little less stress-inducing.

Have questions to ask or ideas to share? This a support group; everyone gets to talk! Drop them in the comments section below.

ps If you haven’t read my account as to whether or not I was issued a refund for a Rise of the Resistance Individual Lightning Lane after the attraction went down for the third time in one day, click here to give it a read. Spoiler alert: ILL refunds can happen. Whew.