Is an Individual Lightning Lane Refund Possible When an Attraction Breaks Down? 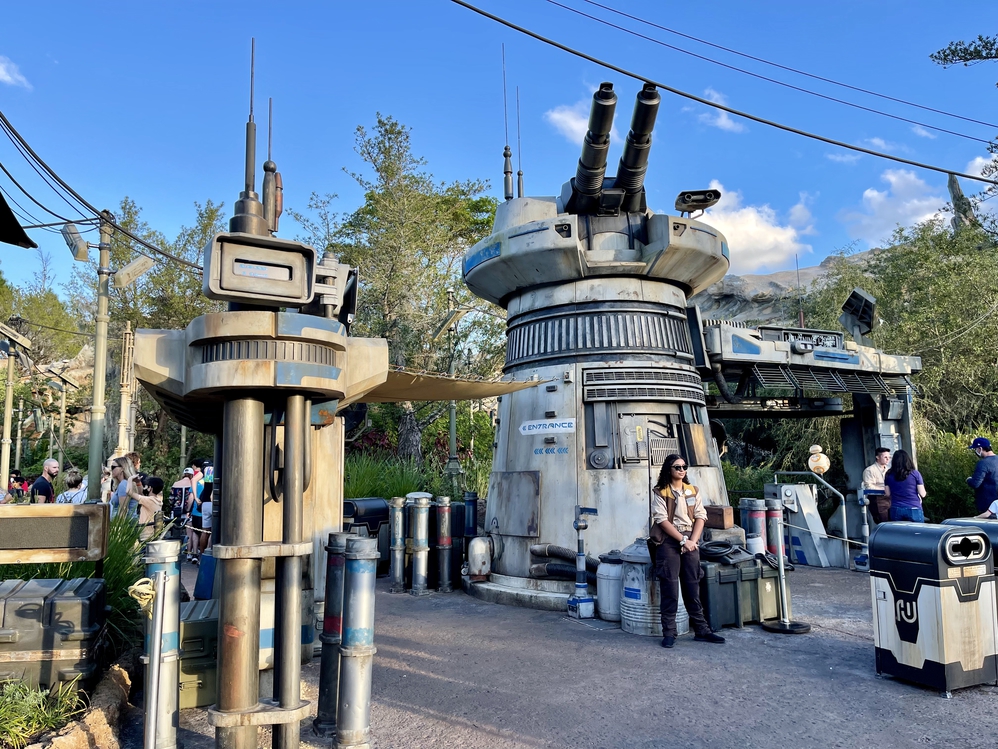 It’s a question that bubbled up to the surface fairly quickly during Tuesday’s launch of Disney Genie: If I purchase an Individual Lightning Lane, and the attraction breaks down, can I get a refund? When you’re paying $15 or so per person per attraction, this question is an incredibly valid one. And the answer is a bit confusing.

I chose to be in Disney’s Hollywood Studios on Tuesday, and spent $15 on an Individual Lightning Lane for Star Wars: Rise of the Resistance. Yes, there is a standby line available for Rise, but I wanted to try out the new system and what better attraction to try ILL out on but the park’s headliner?

Unfortunately, as Rise is apt to do, the attraction stopped working just before my 11:45am ILL reservation time. As the time for my reservation neared, I asked a cast member what the process will be for those holding Individual Lightning Lanes during the attraction’s downtime. I was told that an all-day return pass (Experience Redemption pass) should appear in Disney Genie for all of those affected. I was also told that the cast member had heard from some guests that their Experience Redemption pass was not appearing as it should, and if that were to happen, I should go speak to a Guest Experience Team cast member.

When my Experience Redemption pass did not appear in my Disney Genie account, I headed to the Guest Experience Team location just outside of Star Wars: Galaxy’s Edge (near Muppet*Vision 3D) to touch base with a cast member as instructed. While in line, the Experience Redemption pass did appear, but when I clicked on it, I got an error message. When it was my turn to talk to a cast member, he was able to confirm that even though I was getting an error message, the pass was showing properly on the cast member side of things.

It was near the end of the park day, so I asked a leader at the attraction what would happen if the ride did not come back up before the end of operating hours. I was told not to worry and that I would be contacted if that were to happen. When I asked the cast member who was scanning my MagicBand (to issue the second return pass), I was told there was nothing they could do if it were to not come back up from its downtime before the end of the park day. When you’ve spent $15 per person to ride an attraction, that’s a tough pill to swallow.

I had been told earlier in the day to stop by and talk to the Guest Experience Team, so I decided to do that in this instance as well, just to ask if a refund was possible. It was the end of the day, and I needed to leave the park. Waiting the extra hour and a half to see if the attraction would come back up was not in the cards for me. Thankfully, a refund was.

The Guest Experience Team cast members were ready and willing to be able to help out, and issued my refund without batting an eye. I’m glad to say that, in my instance, a refund was possible. Individual Lightning Lanes, especially if you’ve purchased them for a group of people, are a huge investment, and if things don’t turn out the way that you hope they do, it’s good to know that there’s an option available to you. Guests could have dining reservations to work around, little ones’ schedules to adhere to, or plans in a different park; issuing refunds when a guest’s original reservation time was much earlier in the day should be the norm.

It’s worth noting that if a refund is issued, the Experience Redemption pass is supposed to come off of the guest’s Genie account. Also, the refund will be issued back to the original form of payment, and it could take a couple of days to fully process. You will receive an email confirming the refund of your Individual Lightning Lane purchase.

I wasn’t sure that a refund would be issued, and if it wasn’t possible, I wasn’t going to give the cast member a hard time. It’s not their fault that a policy is made or that an attraction stops working.

Will you try out Individual Lightning Lanes on your next visit to Walt Disney World? Do you believe that they should be refundable? Let me know your thoughts below.