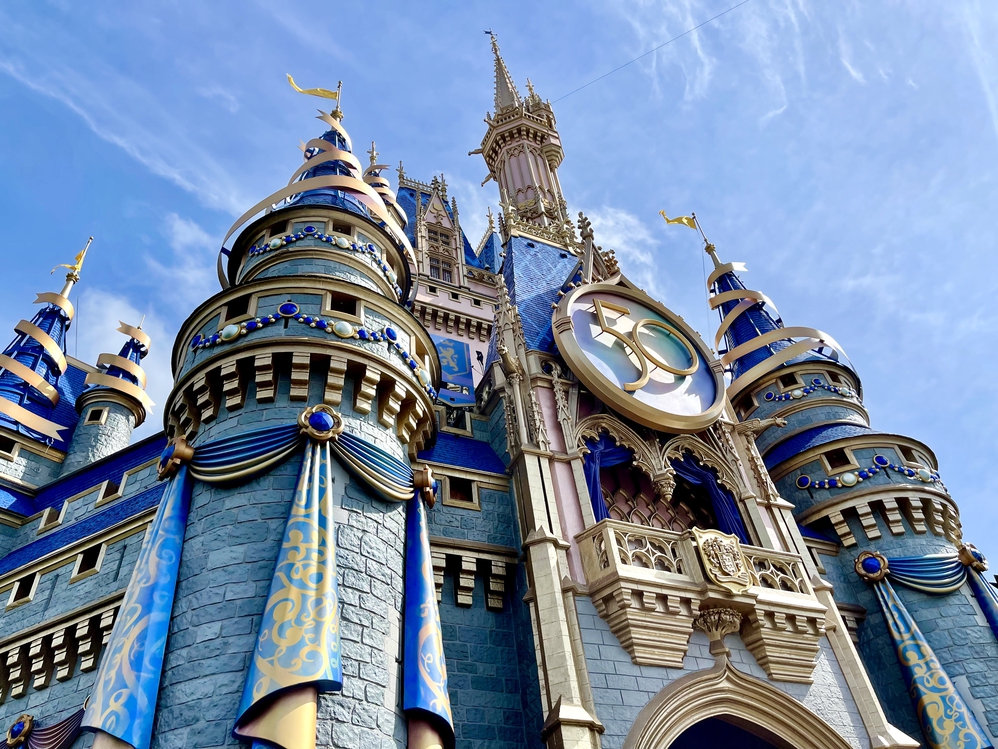 I empathize; I’ve been the person planning a vacation from afar, listening and scrounging for any details and updates and anything that might give me just a bit of insight to make the entire planning process a hair easier. Don’t get me wrong, I know that planning a Walt Disney World vacation is not the hardest thing that us adults will ever have to do. That being said, it can definitely be tough to sift through all of the details and connect every dot during the planning process.

And then the changes started coming; Extended Evening Hours would now only be reserved for guests staying at Deluxe resorts, fan-favorite menus were being altered (hello, ‘Ohana noodles), and all the while everything continued to stay just as expensive and just as difficult to plan as it had been in the past. Live entertainment was removed from the parks (although I am incredibly glad to hear that friends like Yehaa Bob will be returning this Fall), and events like Mickey’s Not-So-Scary Halloween Party were transformed into After Hours events that gave guests less time in the Magic Kingdom and charged them more. Potential guests had to wait for the return of annual pass sales, and, of course, when sales were reintroduced, it was with a huge restructuring and price hike. The removal of FastPass+ in favor of the soon-to-be launched Genie+ and Individual Attraction Selection system is something that I’m still scratching my head about. And the overall degradation of the value of staying at an on-property Disney resort is just sad to see. It’s all a bit much, and I know that you likely get it, too.

The pill that was hardest for me to swallow was the removal of Disney’s Magical Express. Arriving at MCO and heading to terminal B, level 1 was so much fun, knowing that that magical bus stood just outside waiting to whisk you away to the fun of the Disney World parks and resorts. Getting in the queue for your resort and waiting for your time to board the bus, watching the onboard video from the airport to the resort, and stepping off of that bus and into the magic? It was priceless. It was part of the vacation. And come December 31st, it’s gone.

I understand the motivation behind the decisions that are being made; after all, The Walt Disney Company is just that: a company. They need to recoup the losses that they have suffered over the past 18 months due to the pandemic. It’s a matter of profit and loss, and I get it. However, I stand here with hat in hand as a Walt Disney World fan who, for the majority of her life, lived far from the magic of the parks. Who sat at her desk in the middle of just about every single day wanting a taste of the magic of the parks until finally being able to return to them. Who couldn’t wait to experience the parks with her family, passing on a love of them to her kids, because the love of Walt Disney World can be the generational passing of a torch, can’t it? As I’ve mentioned on the DIS Unplugged several times, there are emotions involved here. Emotions that I really don’t feel for other locations in my normal day-to-day life. Walt Disney World is my happy place.

When the new fireworks dining packages were announced last week, I reached a bit of a tipping point. Two locations in EPCOT’s World Showcase, Spice Road Table in the Morocco pavilion and Rose and Crown in the U.K. pavilion, will soon begin hosting Harmonious dining packages. What rubbed me the wrong way most of all is that these spots were previously available for park guests like you and me to book as regular dining reservations. You and I could have those amazing fireworks views at no extra charge. I have had the opportunity in the past to sit along the waterfront behind Rose and Crown and watch fireworks and it’s truly a magical location from which to view any nighttime spectacular taking place in World Showcase Lagoon. That area will now only be available for guests who are willing to pay $89 for adults and $39 for children. And that, to me, is sad.

I know that we can’t always have everything that we want. Although, it did feel great when the noodles came back onto the ‘Ohana menu, didn’t it? A groundswell rose up and the noodles returned. But I feel like it shouldn’t take a groundswell and outcry for executives at the top of the company to understand what’s most important to Disney World fans.

I know that the Disney parks aren’t museums, and I understand that this is a company. But as I stand here at the corner of “Cash is King” and “Perception is King,” the perception is that those who are making these choices and decisions are out of touch with what is involved in the process of planning and paying for a trip to Walt Disney World. I know they must love the parks, at least I hope they do. But so many of the decisions that are being handed down leave the perception that they no longer love us. Or perhaps it’s that they no longer know us. The perception is that the company has shifted from a guest experience focus that welcomes all to come and celebrate, to a place that values the bottom line above all. And that stings.

Don’t get me wrong; I am celebrating the things that are returning. I am so excited that Candlelight Processional will be returning to the America Gardens Theatre this year, even in its modified form. I can’t wait to hear those cast members sing. It’s a highlight of my holiday season every single year. Having new attractions like Remy’s Ratatouille Adventure opening up is incredibly exciting, and I can’t wait to take my first ride on Tron Lightcycle Power Run or on Guardians of the Galaxy: Cosmic Rewind. I love reporting the good news. But I would be remiss as a Walt Disney World fan if I wasn’t willing to call a time out and share my opinion about some of the choices that are currently being made.

My hope is that the voice of the fans is listened to more attentively in the days ahead. As Pete has said, just ask us, we’ll tell you. And yet I know that’s likely not going to happen.

I moved here to be close to the magic. To not have to leave the parks, head to the airport, and be far away from them again. And while I will continue to look to the parks and find solace and comfort and release at the end of a long day, I can’t help but wish for a smoother path for us fans in the days to come, especially for those traveling from a distance.

The magic is still here, that’s for certain. Incredible cast members will continue showing up each day with a twinkle in their eye and park fans will continue walking through the touchpoints each day with an air of excitement. It’s all going to be okay. I just wish we weren’t standing at this intersection.