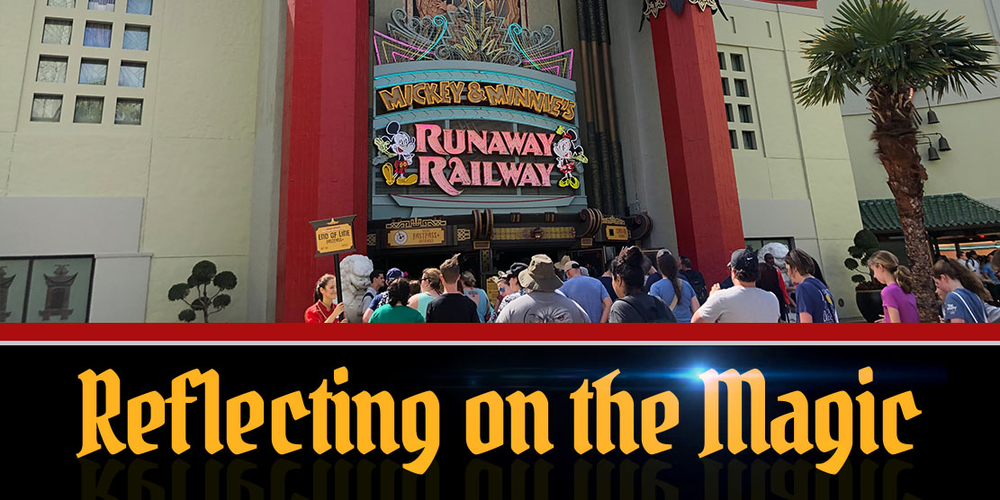 Hello there! I'm back again to continue recapping my journey throughout the first day of Flower and Garden at Epcot and opening day of Mickey and Minnie's Runaway Railway at Disney's Hollywood Studios. If you're just joining the journey, click here to read part one, and click here to read part two. Ready for a new adventure? Buckle up! Here we go...

It was just after 1pm, and we were wrapping up filming the review of the Harissa Chicken Kebab ($8) in the Morocco pavilion for the Disney Dining Show. I had a FastPass for Mickey and Minnie's at 2pm, so I said goodbye to the guys, quickly made my way to the International Gateway park exit, and jumped on the Disney Skyliner to head to Hollywood Studios. 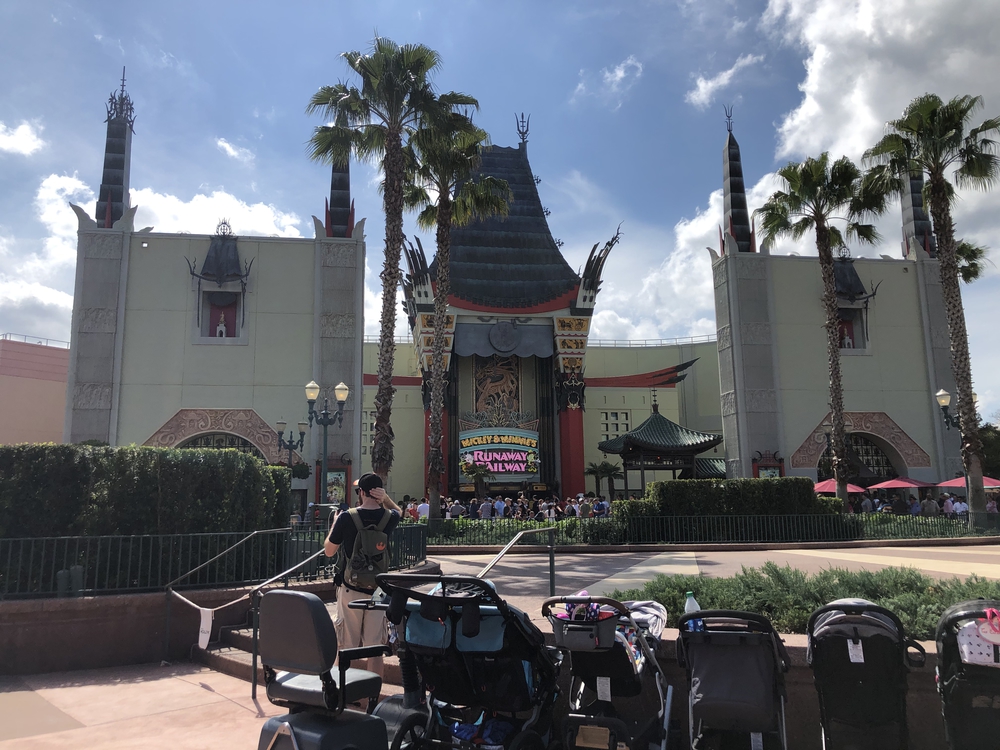 Upon entering the Studios, my gaze was immediately drawn to the Chinese Theater at the end of Hollywood Boulevard. It was the first time that I'd seen the new attraction sign in person, and it was lit and moving in all its bright neon glory. It was striking how very vibrant and brilliant the neon was, even in the middle of the day. 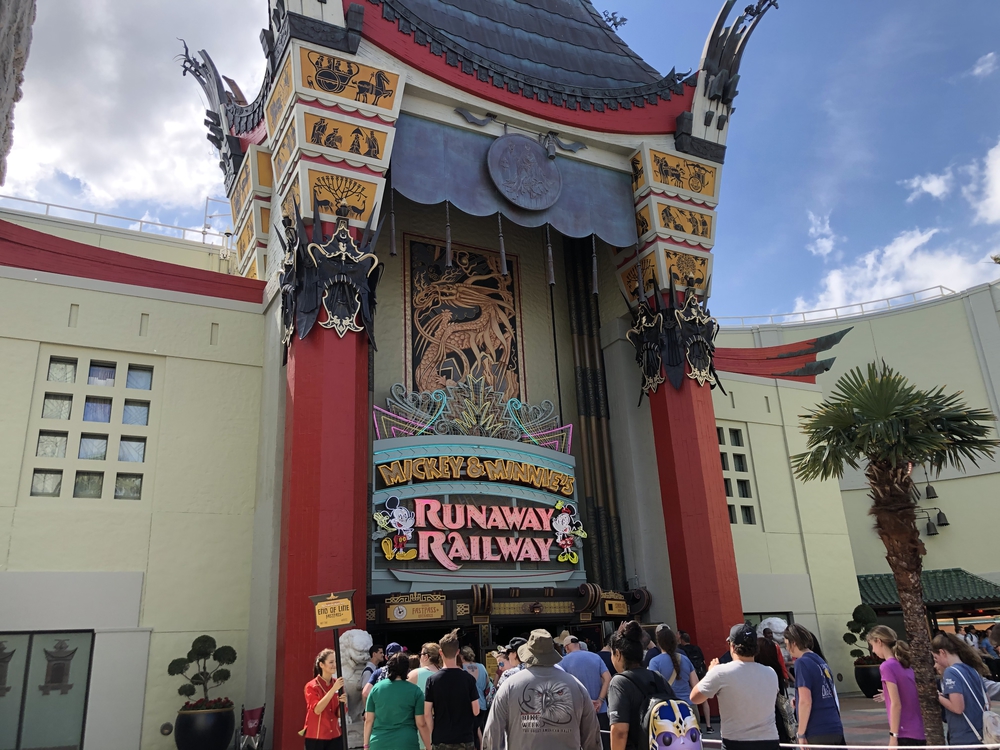 I am generally someone who intentionally avoids all on-ride videos/photos/spoilers leading up the opening of a new attraction. I want to be able to experience it on my own without too much of a prior knowledge of what I should or should not expect. If you're of the same mind, be warned: I share a few on-ride pictures and a bit of commentary below, and while I won't be giving away anything earth-shattering, I won't hold it against you if you choose to stop reading here. We can still be friends. 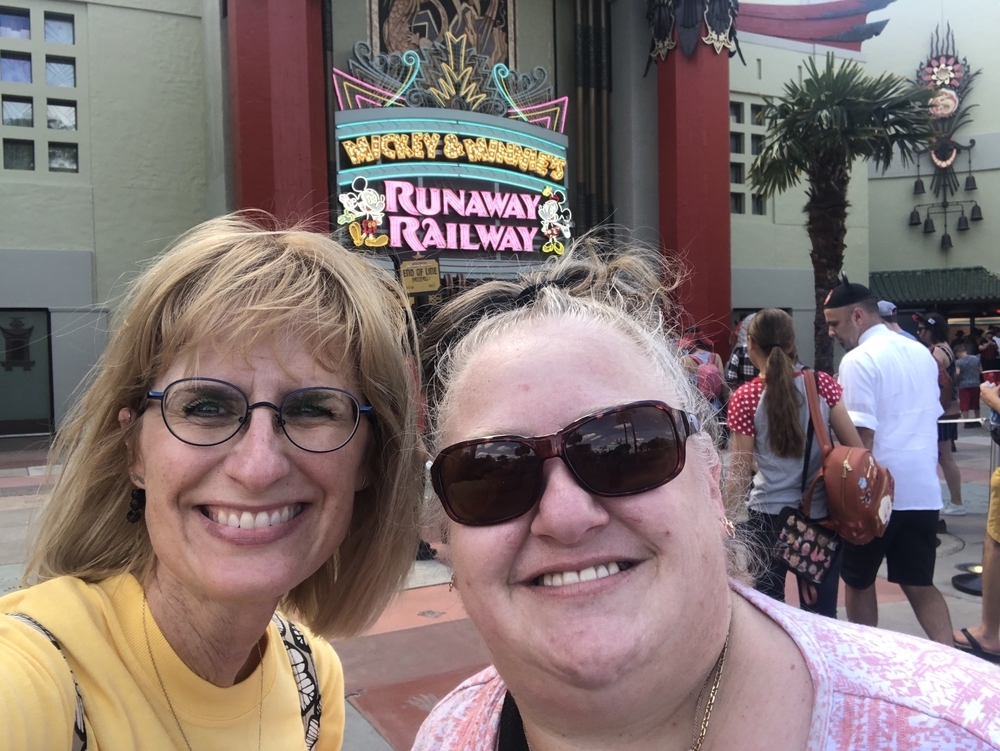 The FastPasses that Jackie and I were able to get for our big first ride on the attraction just happened to overlap. The cast members were extremely organized, and we were sent toward the FastPass entrance right away. 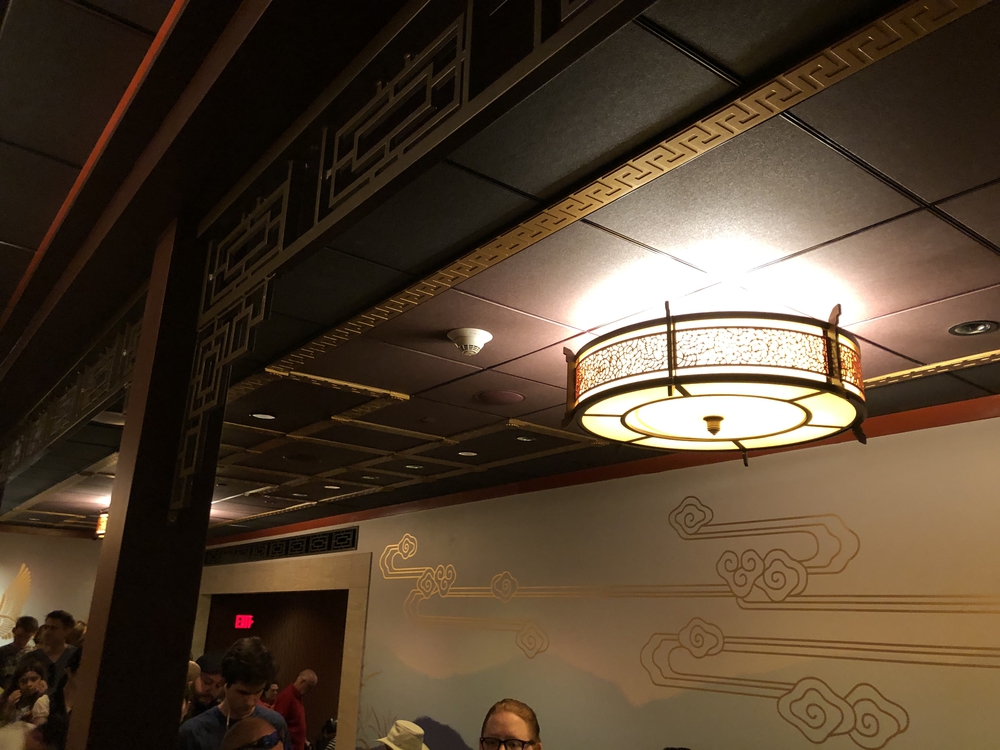 The show building is an example of Exotic Revival architecture (à la Hollywood's Chinese Theater), both inside and out. 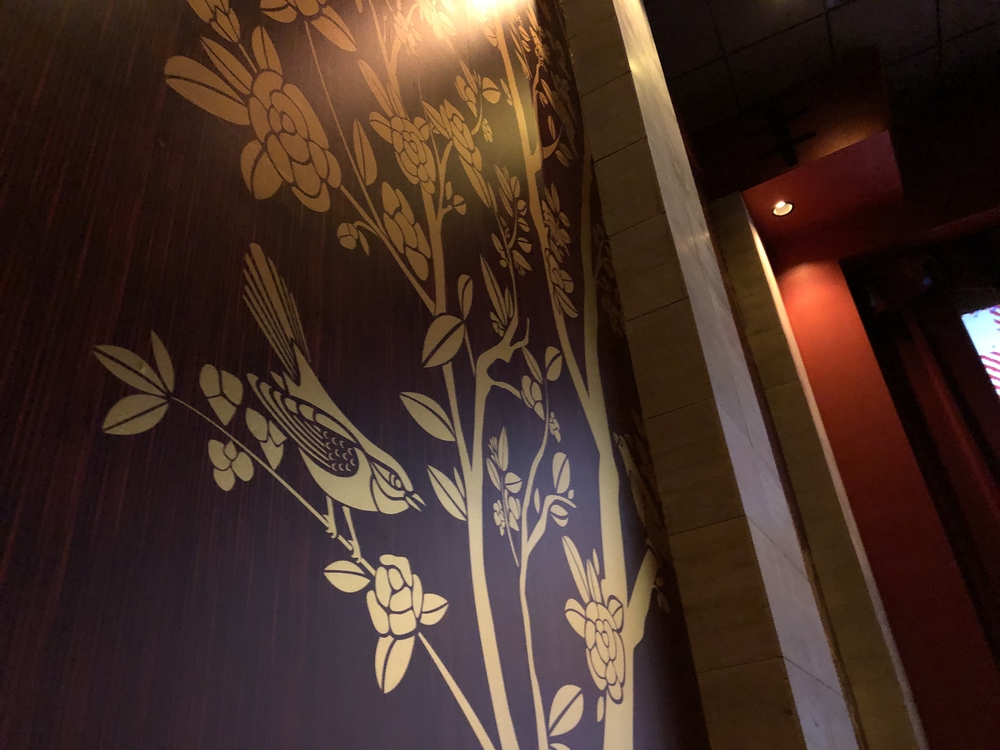 As is usually the case, the FastPass line bypasses the large majority of the lobby, so returning and riding via the standby line will be on my must-do list once the parks reopen. 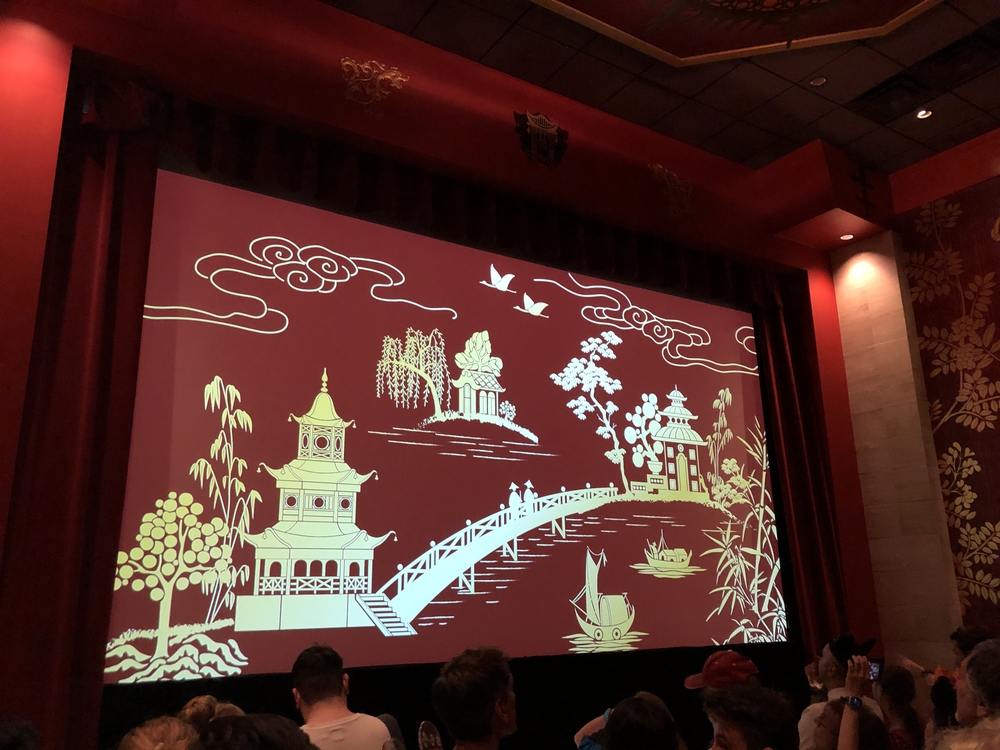 The columns, the lighting fixtures, and the wall treatments all harken back to Chinese architecture, and, if you were worried that the building would lose some of its resemblance to its former self, rest assured: it's still simply lovely. 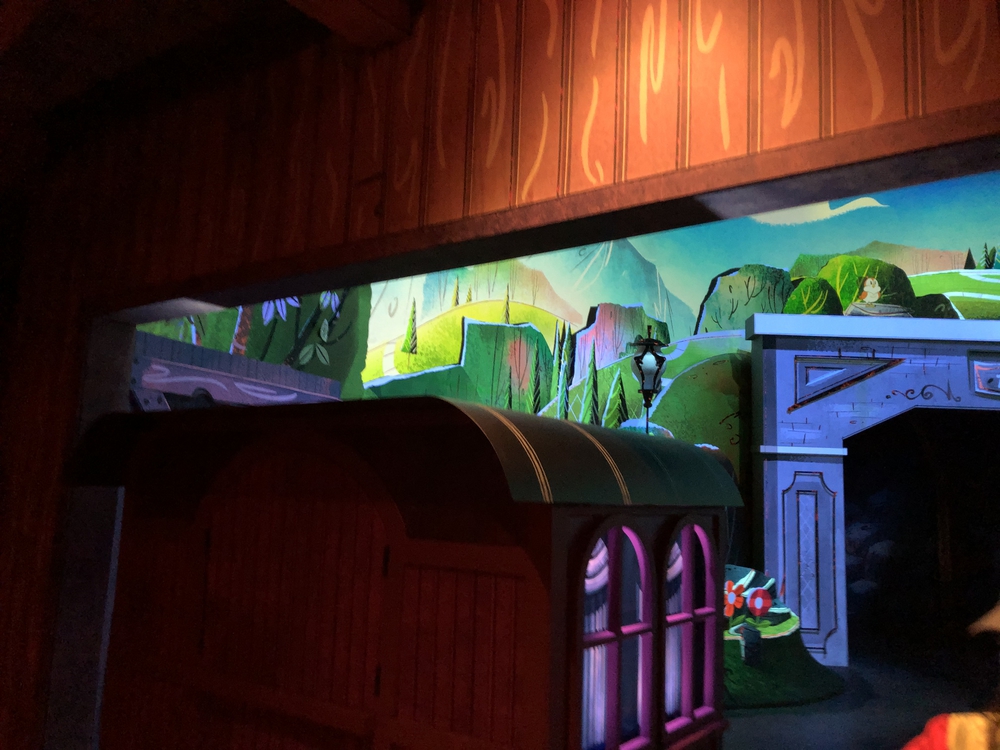 The attraction (the ride, the queue, the whole enchilada) is just unreal. Jackie and I loved every minute of it, and we would've ridden 43 more times if they had let us. As soon as we got off the attraction, we jumped on Facebook Live to share our spoiler-free experience and reactions. Click here to watch the Facebook Live video. 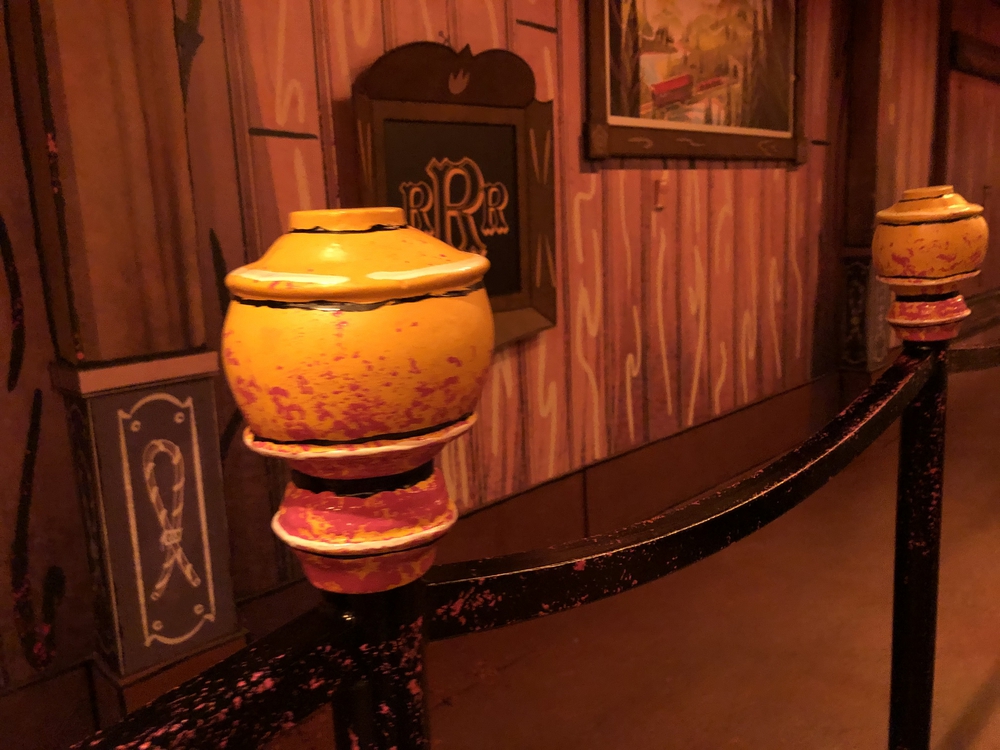 Midway through the livestream, a viewer asked us to sum the attraction up in one word. My word was surprising. Just when I thought I knew what was going on or coming up next, something completely different would happen, and I loved it. 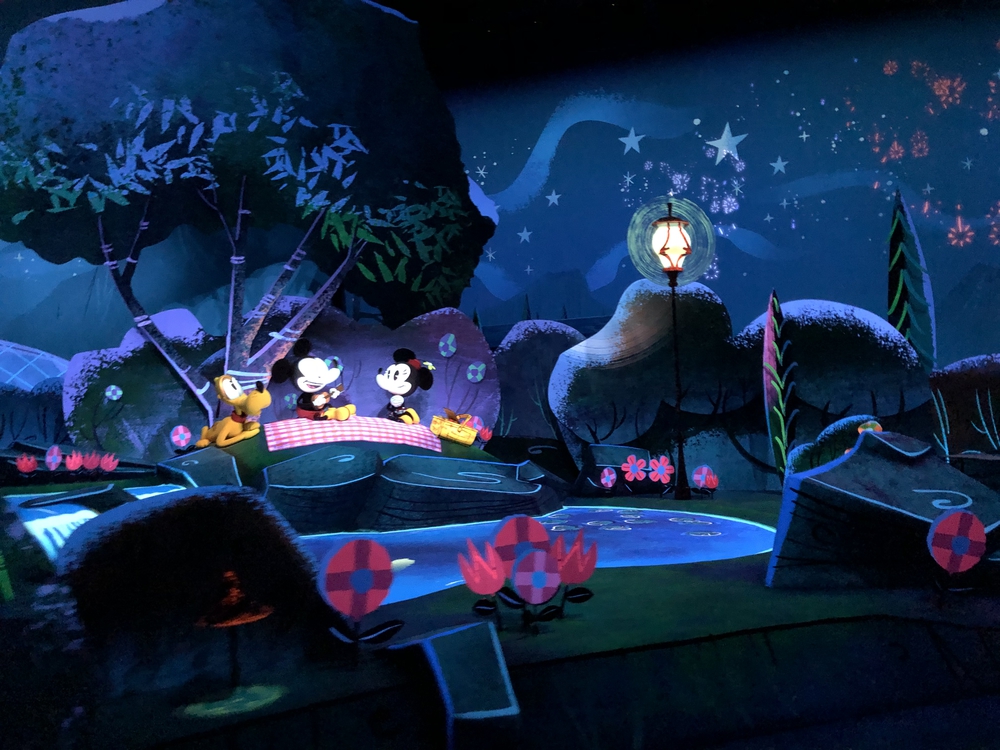 When I thought that a scene was one way, everything transformed and the room became something entirely different. I was constantly turning around to look behind me in an attempt to fully take in what was happening. It was magical.

Our adventure in the Studios that day didn't end with Runaway Railway. After a bite at ABC Commissary, we were off to the new Mickey Shorts Theater to take in a show. More on that in the days to come.

Has a Disney attraction ever completely surprised you? I'd love to hear your experiences! Please share them in the comments section below.