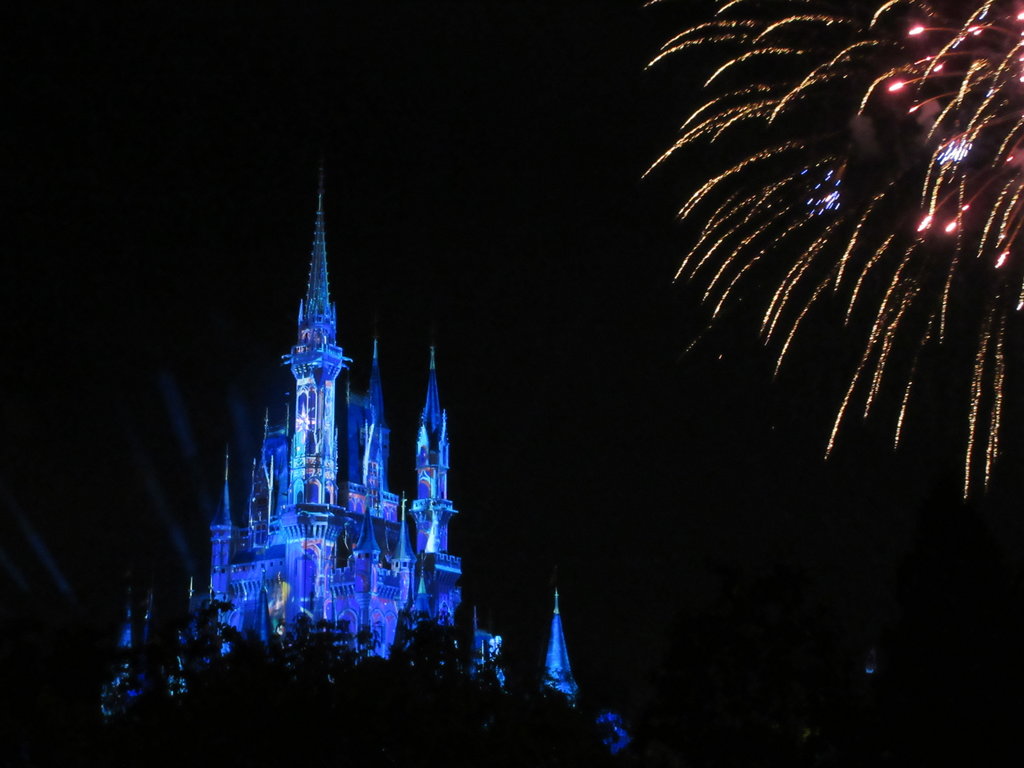 Due to vacations at Aulani and Universal, it has been three years since my family and I had visited Walt Disney World and there have definitely been some noticeable changes. We were eager to see Pandora, Toy Story Land, and Disney Springs as well as the changes to the Beach Club Villas but along with those items on our list, we also saw that much of what we had read about the last few years was definitely true.
Not having visited Disney World since April 2016 allowed us to see everything with fresh eyes, particularly the projects that were completed, rather than seeing them as they were constructed. Here are some of Disney World’s most noticeable changes including the good, the bad, and the ugly. 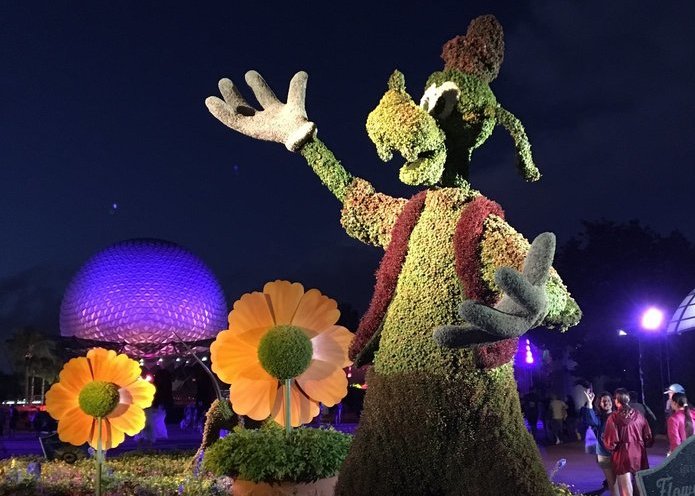 Pandora – It’s totally immersive and beautiful but also smaller than we expected. Without looking at the details, you can walk through all of it less than 10 minutes. We visited first thing in the morning, an hour early with morning Extra Magic Hours as well as in the evening. It was crowded no matter when we went. Going during early morning hours allowed us to walk onto Flight of Passage with barely any wait. However, on this day they made us walk through the FastPass queue so we didn’t see a lot of the details of the lab and the Avatar in the tank. That was disappointing because the whole reason we went early was to be able to see things without having to wait two or three hours.

What we also noticed was how it was not as bright at night as we expected it to be. Flight of Passage is everything people say it is and more, while Na’vi River Journey is beautiful with all of the vibrant colors but not something we’d wait more than 15-20 minutes to go on.

Toy Story Land – Like Pandora, it’s not very big. Fortunately for us, we timed everything right on the night we were there and FastPassed Slinky Dog Dash, followed by a 20-minute wait for Alien Swirling Saucers then no wait at all for Toy Story Mania! Because there really wasn’t any line, we walked briskly through the entire queue and didn’t really notice everything. It’s definitely longer and much more detailed than the old queue. Like Pandora, it’s small, however, at night it’s brighter and had a carnival-type atmosphere.

Disney Springs – What a huge change! The outlet shopping area was not there the last time we went and pretty much everything that was blocked off was now open. We also tried the Amphicar because my kids wanted to go for a ride. It’s definitely something we enjoyed and are glad we did it, but not something we need to do again. The variety and number of restaurants is phenomenal. Everyone should be able to find somewhere that has a menu they’d like. We tried The BOATHOUSE. It was a good meal but not something that moved to the top of our list for when we come back to Disney.

Crowds and wait times – Absolutely, positively, bigger and longer than we remember, even for spring break. 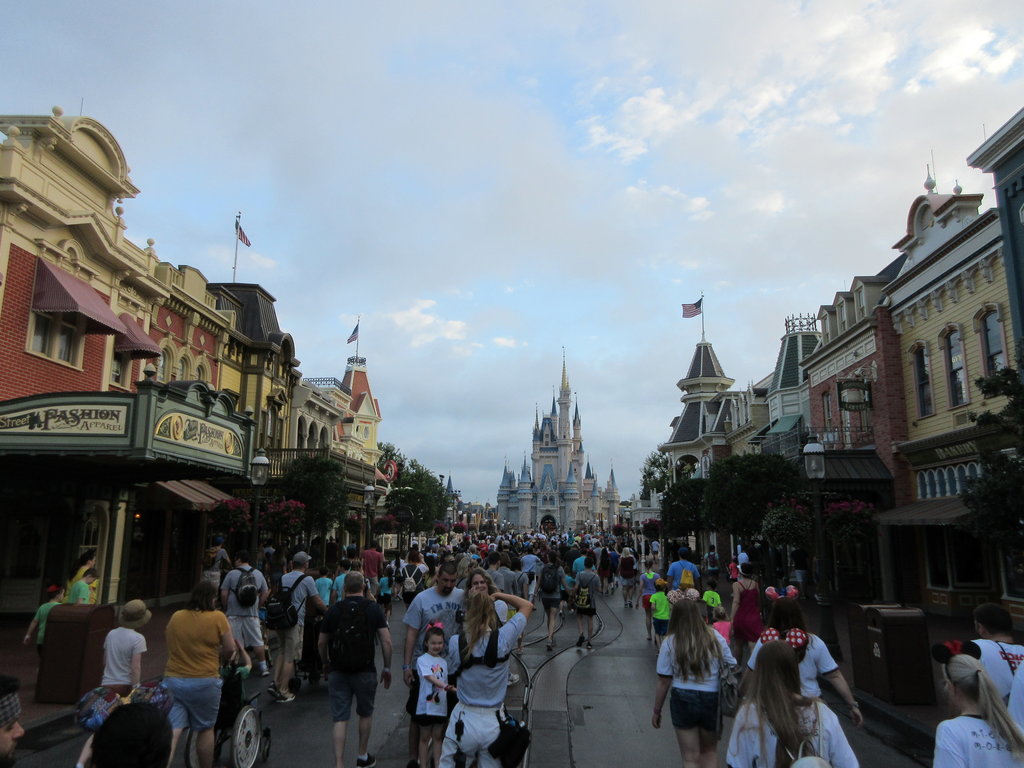 The crowd on Main Street at Magic Kingdom during spring break, one hour before opening.

The Beach Club Villas – The upgrades they made to the rooms are fantastic, even though there is little to no Disney theming. We stayed in a two bedroom villa using our DVC points as well as renting some (more on our DVC experiences to come in the next few months). Disney theming was never something that was big on our priority list – it was more location, things to do, and cleanliness and for us, the Beach Club has it all. However, we did notice this time that the villa pool had more people. The last time we were here, it wasn’t unusual for us as a family to have the pool to ourselves or with only a few other people. It was never overly crowded but there were definitely more people at all hours than before.

Kitchen and living area of a two bedroom villa. 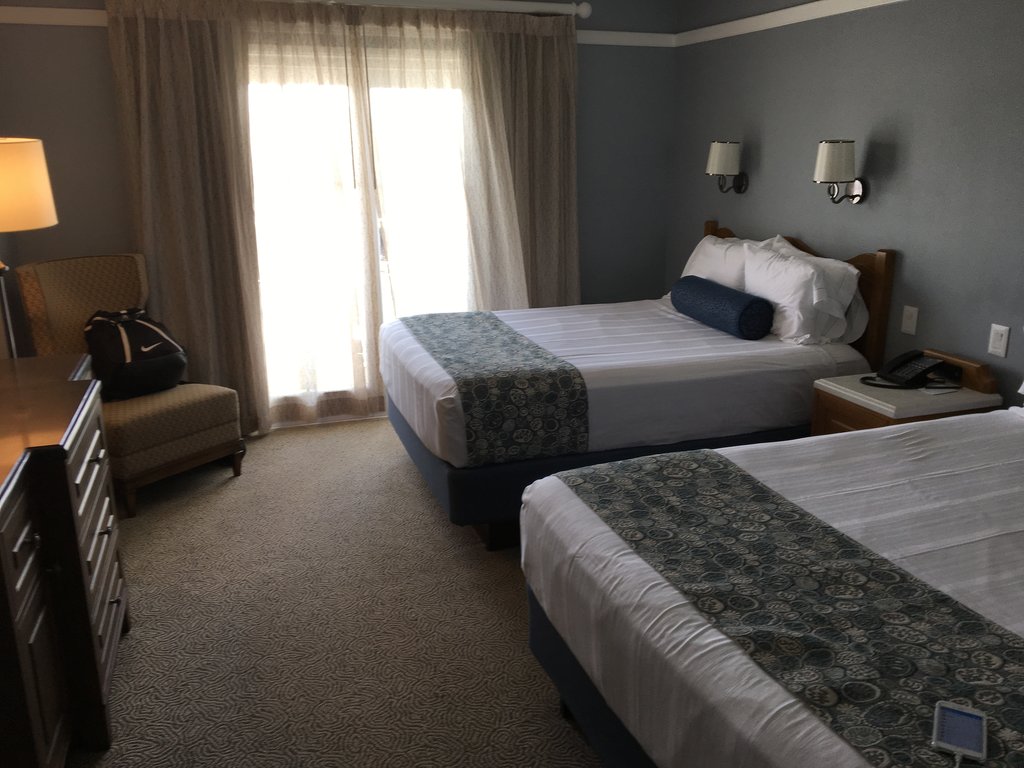 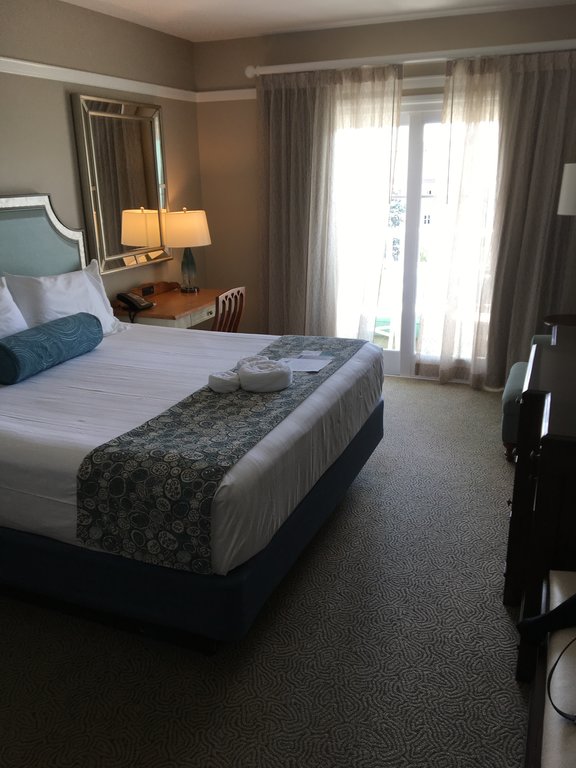 Master bedroom upon arrival with Mickey on the bed.

Lyft vs Disney Busses – We’re not big fans of the busses, but when they arrive in a timely manner there’s no easier or cheaper way to get around. However, when we traveled from the Beach Club to another resort for a meal, the Lyft service was second to none. One morning my wife and I went to Boma for breakfast and rather than wait for the bus, go to Animal Kingdom and wait for another bus, we ordered a Lyft. From the time I ordered the ride to when we were in Animal Kingdom Lodge lobby was less than 20 minutes. That beats the bus system any day. We also used a Minnie Van one day. They are nice, but cost double what a regular car is.

Special occasion – We were there for spring break but also to celebrate my son’s upcoming high school graduation. I mentioned this at Boma when I checked in dinner. Near the end of our meal, our waiter came out with a large platter of desserts to celebrate the occasion. The Beach Club also sent a small cooler of treats to our room. There were a few other restaurants where I mentioned the occasion but only those two recognized it. 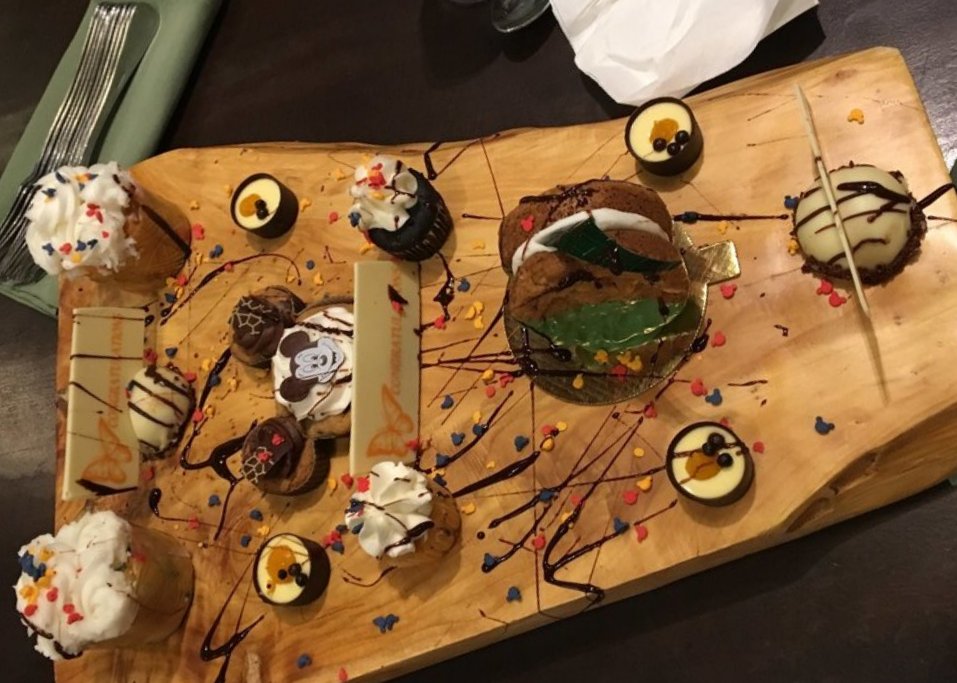 The dessert platter at Boma for our son’s graduation.

It’s much easier to see changes to anything when you aren’t around on a regular basis. After our family trip to the World in 2016, we went to Aulani in 2017 and Universal in 2018 to save our DVC points for a larger trip in April 2019 to celebrate our son’s graduation. One other thing we noticed… we don’t want to wait another three years to get back to Disney World. By the time we go again, Star Wars: Galaxy’s Edge will be open, new restaurants will emerge and maybe even a few new rides will have been completed. We can’t wait! 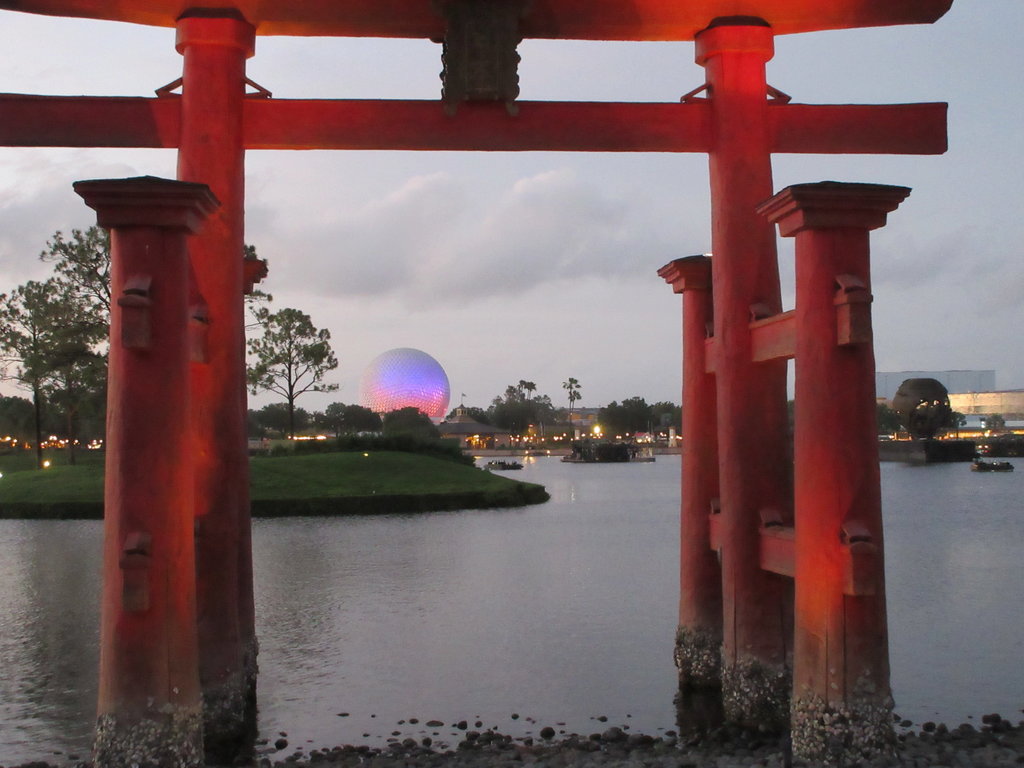 View from the Japan pavilion at sunset.