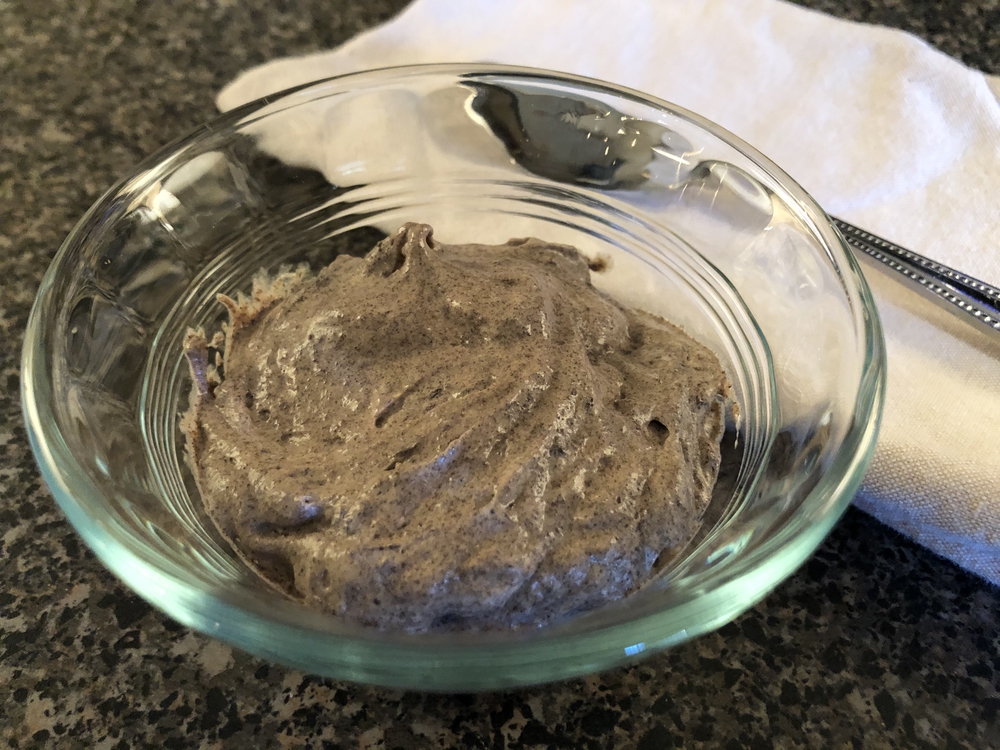 Last weekend, my husband sent me the link to a recipe for the Grey Stuff. Throughout this time of staying at home, I've seen attempts on social media at recreating the fabled confection; but the recipe that my hubby sent my way was THE one. Straight from Disney. So, I knew that you and I needed to give it a whirl in a Saturday Snacks article. Are you ready to put the recipe to the test? Here goes nothing!

If you've had the opportunity to dine at Be Our Guest Restaurant in the Magic Kingdom, you know that the Grey Stuff can be enjoyed as a dessert. It's currently part of the Dessert Trio, and was, in the past, featured atop a petite cupcake that could be chosen during dessert. It's a fluffy, whipped substance that's almost a frosting, yet not.

Let's jump into the recipe itself. It's incredibly straight forward. Few ingredients are needed, and the steps are quite simple. Make sure that you stop and read through the recipe before beginning as there are two steps that require that the stuff chills in the fridge for a bit.

First things first: take the whipped topping out of the freezer and let it thaw. While that's thawing, pour a cup and a half of cold milk into a bowl and whisk in an entire box of vanilla instant pudding.

Keep whisking until the mixture thickens, being sure to incorporate the little bits that tend to cling to the sides of the bowl. At this point, the mixture needs to sit in the refrigerator for an hour or two. I split the difference, and set the timer for an hour and a half.

Your next step is to count out 15 chocolate cookie sandwiches for the recipe, and count out another one for you. The chef deserves a cookie, you know.

The recipe calls for a food processor, but, just in case that's the one small kitchen appliance you don't own, grab your blender.

I dropped all 15 cookies into the blender and repeatedly pressed the "Ice Crush" button until the cookies were finely ground.

When your timer tells you it's time for the pudding mixture to come out of the fridge, grab it and fold in the cookie crumbs.

The process of folding ingredients in is done by taking a scoop at a time and gently turning it over. Continue adding crumbs and turning the mixture over until the cookie crumbs are evenly incorporated.

It's time to grab the container of thawed whipped topping and drop it by the spoonful into the pudding and cookie crumb mixture.

Toss in 3 tablespoons of the chocolate pudding, and stir to combine. Cover the bowl with a little plastic wrap and toss it back into the fridge for an hour. Like some recipes, you just need to have a little patience with this one.

Et voilà'! After an hour in the refrigerator, the Grey Stuff emerges! It's creamy and yummy, but be warned: a little goes a long way. It tastes like I remember the Grey Stuff tasting in the restaurant. It's been a bit since I've had it, but it seems right on point.

When I saw that the picture on the recipe shows the Grey Stuff on a shortbread cookie, I thought of the leftover un-iced Black and White cookies that I had in the freezer. I pulled a few out and let them thaw.

Just about anything that you slather the Grey Stuff on will be yummy. It's not as thick as an icing would be, but I had the thought that making a cookie sandwich using it might be a good thing. Hmmm...

The Grey Stuff on its own is super sweet. It's pudding, cookies and Cool Whip, after all. Just a little bowl and a few bites of a cookie was all that I could handle at one sitting. And, to add to the sugar overload, I whipped up chocolate pudding using the remaining pudding mix. Can't let that go to waste, right?

Have you tried to make the Grey Stuff? What are your thoughts (maybe ask the dishes what they think)? What Disney-inspired treats are you whipping up at home? Please let me know in the comments section below.

Ready to give it a shot? The Grey Stuff recipe is below: