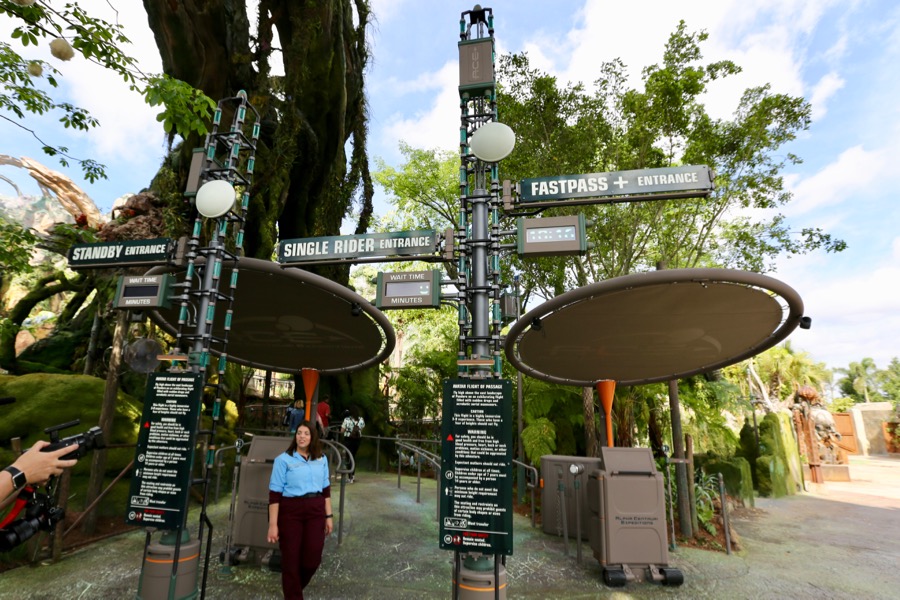 Last week we took a deeper look at how the Walt Disney World attraction, Space Mountain, came to bring high-speed thrills into our lives, though while heavily embedded in the research phase, I started to think about how scary this ride might be for younger riders. The loud music, fast-paced movement, and all while mostly in darkness. I take these aspects for granted because I have been riding this attraction since I was a child myself but then considering the experience of this attraction, it made me wonder what specific age might be appropriate for children who would like to ride.

Have you ever walked past the exit area of an attraction and noticed young children that are upset from the ride they just experienced and perhaps were not quite ready for? I will never forget seeing one little boy, who was clearly very young but tall for his age, riding with us on the Dinosaur in Animal Kingdom, becoming extremely distraught. On the flip side, there is nothing worse as a parent than being caught off guard when your little one doesn’t react the way you expect and ends up in tears.

Over the years, I have found it much easier to make these decisions for my children because I am so well acquainted with almost all the attractions from different age perspectives. I was lucky enough to know in advance that certain aspects of some rides might be too much for each of my children to handle. However, how do parents experience the parks for the first time and their children navigate those decisions? It made me wonder if Disney should be offering an age or classification recommendation for each attraction?

Obviously, I am not proposing an age requirement; after all, the point is that children do all mature at different rates, though, I do wonder if there should be some way for guests that aren’t well-versed in each attraction to be able to determine when the appropriateness of a ride, might not match up with the physical safety requirement of who is allowed to experience it.

While Disney might currently recommend an attraction be suitable for “Pre Schoolers”, “Kids”, “Tweens”, “Teens”, and “Adults”, that doesn’t give you much of an indication of how intense the ride might be. For example, Star Tours has a 40″/102cm height requirement, which was both of my children towards the end of three years old, though this wild ride through the galaxy (while being constantly shot at) was not going suit my babies at that age. Suppose I hadn’t been on this attraction close to a hundred times myself. In that case, I could imagine it would be beneficial to have an indication at the entry, maybe, recommended for five and up, along with a caution, dark, scary, rough movement; some of which is noted on their website and only some entrances.

The mother with the little boy on Dinosaur was almost as distressed as he was; she probably thought that everything would be suitable for him if he were tall enough to ride. The me of 15 years ago would probably say, no, this idea is crazy, parents should be able to work this out for themselves and not need a recommendation. But the me of today can see that my long-standing experience in the parks would seriously taint that viewpoint which is an advantage not everyone has. How exactly is that first-time grandparent able to know that Pinnochio might be potentially terrifying? With the attractions being so elaborate and immersive thanks to technology, each theme and scenario feels very real and potentially overwhelming.

Wouldn’t it be awesome if Disney were able to create their own rating system, not unlike what exists for movies and tv, where a standard recommendation could be made for the content of each attraction? A Mickey Mouse might symbolize suitability for all audiences, such as “it’s a small world”, or a Goofy might indicate Parental Guidance Recommended for something like Haunted Mansion or Dinosaur. Even a Donald Duck might represent Mature Audiences Recommended for more intense rides like Tower of Terror. An easy system that visually gives caregivers an instant feel for what is ahead, aside from the safety aspect. Nothing that must be adhered to, but just a guide for anyone who seeks an extra bit of help in deciding.

Now, I accept entirely that this might be one of those over-protective ideas that some will scoff at, but really, for those that don’t need it (admittedly like myself), it wouldn’t hinder us at all. A guidance system would still be beneficial to those that sought it due to a lack of prior experience. As the saying goes, knowledge is power.

Let me know what you think. How would you design a rating system for Disney attractions, and what rides have surprised you with their content when you weren’t expecting it? If you are wondering which rides have a height requirement, you can find The DIS Height Requirement Calculator here.