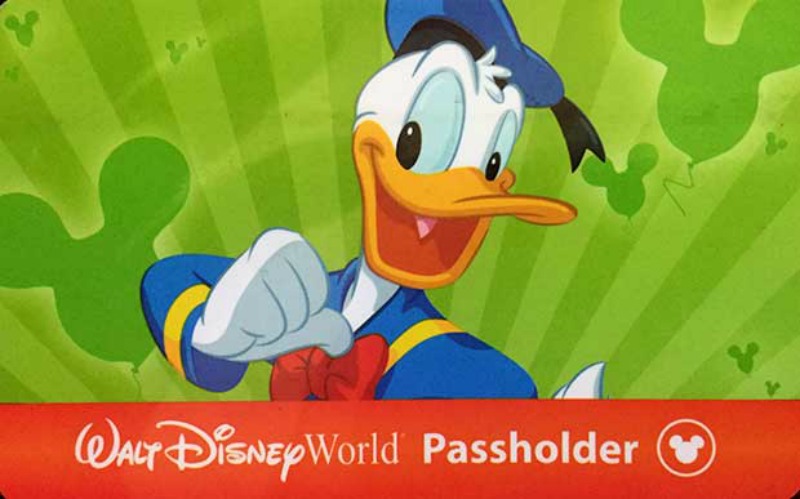 We reported yesterday that Disney surprised Walt Disney World Annual Passholders by lifting block-out dates for the entire month of August. Lifting those dates will allow those guests more time to visit the parks and experience the two attractions that are closing on August 13; Ellen’s Energy Adventure in Epcot and The Great Movie Ride at Disney’s Hollywood Studios.

As you may have heard us discuss on this week’s Walt Disney World edition of the DISUnplugged, the crowds in the parks have not been as high this summer as they typically have been in years past during those hot summer months. Many folks on DISboards.com are speculating as to why that’s the case in a thread we featured on the DIS Daily Fix earlier this week entitled, “Summer: The new low season?”

For a long time, Annual Passholders have been  begging Disney for more benefits whether it be higher dining and merchandise discounts or various other freebies. Disney has definitely stepped up their loyalty game with their 45th Anniversary discounts for Annual Passholders among other things. With this most recent announcement of block-out dates being lifted, you might be surprised to learn that some folks are [more than] slightly annoyed by it.

Poster ‘mjr0483‘ started a thread on the Theme Parks Attractions and Strategies forum stating “I am angry that they lifted block out days” and it’s garnering an awful lot of attention from DISboards users.

It’s important to keep in mind that we’re talking about August here – not a time of the year that has typically been known for having low crowds.

Poster ‘tigerlilly‘ says “I would be upset if I purchased a higher priced pass with no block out dates to visit during specific dates in August. I would contact Disney and ask for a return on my money actually.”

Poster ‘DLgal‘ says “This would make me mad too. I purposely buy a high level Disneyland AP precisely to be able to go when the lower passes are blacked out (because they increase the crowds SO MUCH when they are not blacked out.) If Disney suddenly lifted those black out dates I would be livid. I think of each level of pass as paying “per day” to access the parks. It is not cool for Disney to suddenly make one level of pass more valuable than it was when purchased without doing the same for all passes.”

Poster ‘robl45‘ says “I could care less about lower or higher times, but if you pay a higher price for non blockout dates, they shouldn’t be letting lower price people in on those days period.”

There are very few posters in the thread who don’t take any issue at all and then there’s poster ‘CAS239‘ who says, “Disney could hand out free bottles of water and people would come out complaining that it wasn’t sparkling water” which isn’t far from the truth either, in my opinion.

And, since we’re sharing opinions, I’m going to be real honest with you guys here and tell you that I’m quite taken aback that so many people are having an issue with Disney doing this. These two attractions have been around for so many years and their closure was announced during a block-out time for Disney Silver Annual Passholders and Weekday Select Annual Passholders, not to mention that they will both close two days after the block-out days would normally have been over on August 11. Can you imagine how crowded those two days of operation would be for both attractions if Disney didn’t lift the block-out early? I can practically hear the complaints now.

Disney doesn’t have to do these kinds of things, but the fact that the summer months this year have been kind of slow has allowed them to sprinkle some Pixie Dust on unsuspecting Annual Passholders, and if any of you know me, I’m all about that Pixie Dust. And, let’s also be honest about one other thing here – we’re only talking about 11 days; it’s not as if it were the entire 31-day month that folks are getting in for no extra charge. By the way, I also think it’s fabulous that they’ve done this without charging a thing for it even though they really could. Kudos, Disney!

So, let’s hear your thoughts! Let us know in the comments or come join the discussion on our Facebook page.