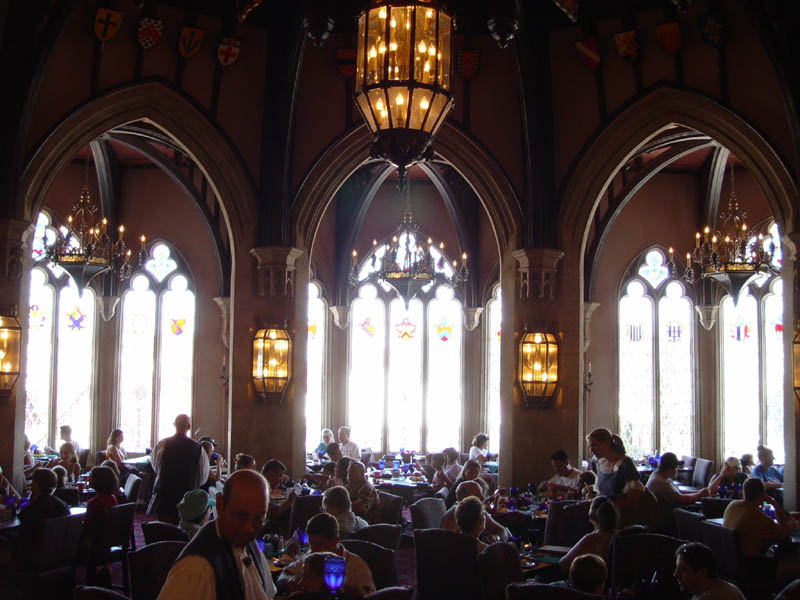 In 2012 Be Our Guest Restaurant broke with Walt Disney’s wishes when it began serving alcohol in Magic Kingdom. This became a controversy amongst Disney fans, some arguing that Walt wouldn’t like this change, others arguing that they don’t see why it is that big of a deal. It was a heated discussion, but it died down over the years. Today it was announced that Disney will expanding the service of alcohol to four more restaurants: Tony’s Town Square Restaurant, Liberty Tree Tavern, Jungle Navigation Co. Ltd. Skipper Canteen, and Cinderella’s Royal Table. This has reignited the feud amongst Disney fans as to whether or not the Magic Kingdom should serve alcohol. Here is what they are saying over on disboards.com and our the DIS Facebook page!

Disboards poster TheMaxRebo believes that alcohol fits with the theming of some of these restaurants. He says, “Overall I am happy about the news – especially as it seems to be contained to table service locations. As much as I liked our meal at Skipper’s Canteen last trip, it did feel like a place that should have tropical drinks.” Disboards poster LSLS argues that most people don’t get drunk at the restaurants, but if/when Disney adds kiosks like at Epcot that’ll be when it steps too far, “Drinks are fine at restaurants. People get out of control at Epcot, but I highly doubt that they get out of control after throwing down 7-8 drinks at Tutto Italia over the course of 3 hours. As long as they don’t set up kiosks so you can grab drinks as you wander the park, I don’t see too much of an issue bringing in some more revenue this way.”

Disboards poster wilkeliza says that we need to move on because, “Walt is dead. He said no alcohol at the Magic Kingdom well over 50 years ago. He also said a bunch of other things that have been left out.” On Facebook Regan C. says, “Good. If you’re paying that much for dinner, you should be allowed to have a glass of wine. I don’t think people spend enough time sitting down to eat while they’re inside the Magic Kingdom to really have time to drink to excess. They usually want to get back out to the park.”

Disboards poster Maistre Gracey argues, “I’m a drinker I love drinking at Epcot…That said, I always liked the fact Magic Kingdom was boozeless. I thought it was truly special. I was disappointed with Be Our Guest Restaurant when they introduced booze. I knew it was the beginning of the end.” Disboards poster mshanson3121 says it is once again all about the money for Disney by saying, “Seriously – can’t you have a family vacation…without alcohol? At least within the theme park? I like that the Magic Kingdom didn’t serve alcohol, since that park especially is focused on children. And yes, we drink. But no, we don’t feel it’s necessary to have a drink while at a theme park primarily designed for children to enjoy. Nor would we drink at one even if we were there without children. But once again, Disney proves it’s about the money, not the original vision.”

On Facebook Joel S. says, “Alcohol should’ve been left out of Magic Kingdom. It’s bad enough to see the occasional staggering drunk at Epcot. Park guests don’t need to see it in Fantasyland, too. We go there to escape, not to be reminded of everyday problems.”