Why Can’t I Get Myself To Care About Toy Story Land? 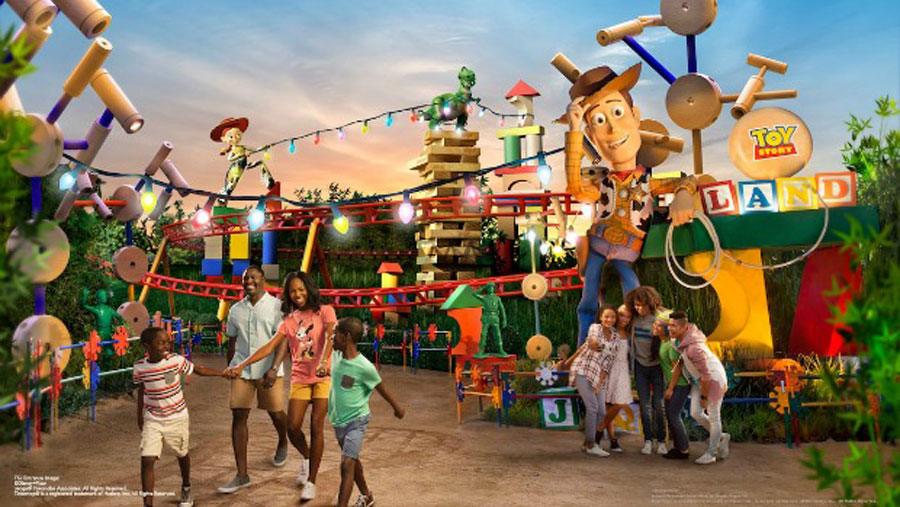 The brand new Toy Story Land is opening in Disney’s Hollywood Studios on June 30th, and for the last three years, details have emerged about the new highly immersive area that will shrink guests to toy size and transport them into Andy’s backyard with Woody and friends. I’m a fan of the Toy Story movies and the Toy Story Mania ride and really want to be excited for this land, but for some reason… I’m just not. I usually get excited for any expansion at the Disney parks: The NBA Experience? Yes. Pandora? Obviously. Galaxy’s Edge? Don’t even get me started. I’m even intrigued by Donald’s Dino-Bash in Animal Kingdom, but Toy Story Land has never captivated me. After thinking about why, here’s a list of reasons the new area is underwhelming to me:

1. Disney Isn’t Even That Excited Toy Story Land has the least amount of promotions I’ve seen in a while for a new land area in a theme park. This makes me believe Disney isn’t too hopeful for visitor reception. Also, the land has had significant budget cuts and Disney removed many details and themed experiences from the original plans for Toy Story Land. This is likely in order to save money for other projects Disney seems to care more about, like Galaxy’s Edge, the Guardians of the Galaxy roller coaster and many other D23 announcements that are coming in the next few years. I can’t get into something if even the creators aren’t too passionate about it.

2. It Needs a Major Ride I’m usually a fan of any roller coasters in Disney World since there’s so few and the 3D revolution over at Universal has me worried about the future of roller coasters in theme parks in general. However, Slinky Dog Dash doesn’t look thrilling to me. And I’m all in for a family-friendly roller coaster; I love Barnstormer in Magic Kingdom. However, Barnstormer has a lot of charm and from the looks of the concept art, Slinky Dog Dash seems like it lacks imaginative theming. On the other hand, I actually think the Alien Swirling Saucers could be a cooler teacups ride, but not enough to live up to the hype of a new park area.

Andy’s backyard was probably the least cool setting out of any of the Toy Story movies, so I’m not sure how Imagineering can theme this land in an interesting way. I get that Andy probably had a mess of toys in his backyard, but the concept art looks like a hodgepodge of random toys and blocks, and it doesn’t really peak my interest. Also, Woody’s Lunch Box doesn’t sound like the most immersive experience, and how could they pass up on a re-imagined Pizza Planet?

Toy Story Land just feels like an extension of the previously constructed Pixar Place. I’m not saying anything is wrong with the current land, but I was already excited years back for Toy Story Midway Mania!, so I’m not particularly excited for more Toy Story-themed land. It’s not like Pandora, where there was nothing in any of the parks Avatar-themed before. Toy Story Midway Mania! is enough for my Toy Story fix, so more Toy Story theming doesn’t do anything for me.

5. It Could Use Another Restaurant I’m sure Toy Story Land will be fun, but all I can seem to focus on is Galaxy’s Edge, the Guardians of the Galaxy roller coaster, Ratatouille, TRON Lightcycle and countless other attractions that just sound better. Disney really made a statement at D23 last summer, and when that many announcements are made, there’s bound to be some that fly under the radar. That just happens to be Toy Story Land.