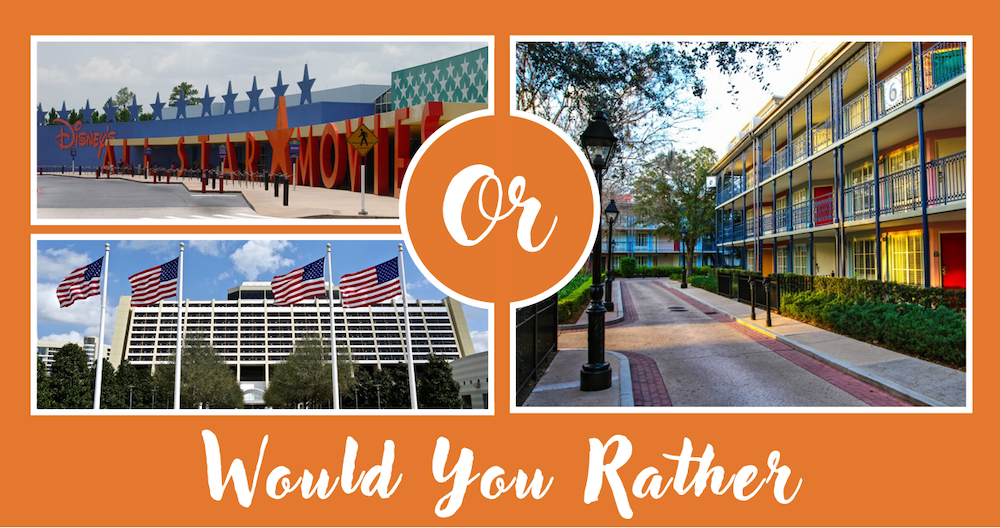 It's time to play Would You Rather, the game where lines are drawn and decisions are made. Today, we are taking a look at how you like to spend your resort time at the Disney parks.

You have a seven-day / six-night stay ahead of you. Would You Rather split your time evenly (3 nights each) between a Value and Deluxe resort, or would you prefer to stay put in the Moderate of your choice?