What’s Going on at the Disney Outlet? 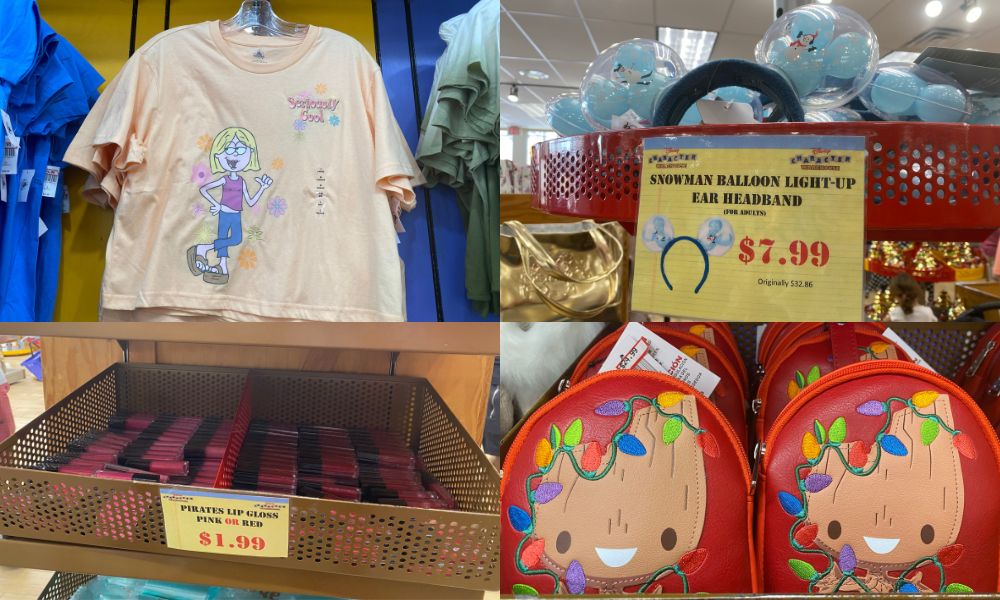 The Character Warehouse, aka the Disney outlet, located at the Orlando Vineland Premium Outlets, is just 10 minutes away from Disney on the opposite side of I-4. I popped in because I heard they were selling stuff currently being sold in the parks for a discounted price. I had also heard there were Christmas ears in bulk, probably due to supply issues meaning they never made it to the parks.

I was shocked to see items from the Vault Collection made for the 50th anniversary available at the outlet. It wasn’t much, but still, I was shocked. I also saw that there was still a massive amount of Halloween merchandise, and I saw some things I’d never seen before in the parks but somehow made their way to the outlets. This cool Sebastian hoodie and sweatpants set is currently at the outlets while simultaneously being sold at Disney. I also saw a fleece Lotso sweater vest that I had just seen at DisneyStyle in Disney Springs.

I was surprised to see many things I’d never seen before, like a Lizzie McGuire t-shirt, a Peter Pan baseball cap, and a Millennium Falcon long sleeve. I also saw the most adorable Groot Christmas bag that I had to fight myself not to buy, but it was the cutest thing in the store.

The weirdest thing I saw in the store that I didn’t think I would see was the makeup and nail polish used for The Pirates League that used to be at Magic Kingdom next to Pirates of the Caribbean. The Pirates League has been closed since 2020, and something tells me that the makeup may be expired since we are in 2022 now. They also have the sashes and other accessories that were used in that experience so that you can recreate the experience at home.

The best part was that cast members were doing Disney trivia, and if you answered the questions correctly, you got a celebration pin that said “Trivia Winner” and a Mickey Mouse sticker. I had never seen them do that before at the Character Warehouse, and I think this adds a fun activity for kids or Disney fanatics to take part in while shopping. Of course, I went up there and answered all of the questions and got another celebration pin to add to my collection.

The Character Warehouse can be hit or miss, but I think it’s a great money-saving hack to shop there at the end of your trip. The outlet is also an excellent way for locals to get Disney merchandise without breaking the bank. The best advice I can give is to go after each major holiday. I always check the store a week or two after Halloween and Christmas to see what made it to the outlet. That’s the only way I’ve been able to collect all my Loungefly bags without losing all my money.

Have you ever been to the Character Warehouse? Let us know in the comments.