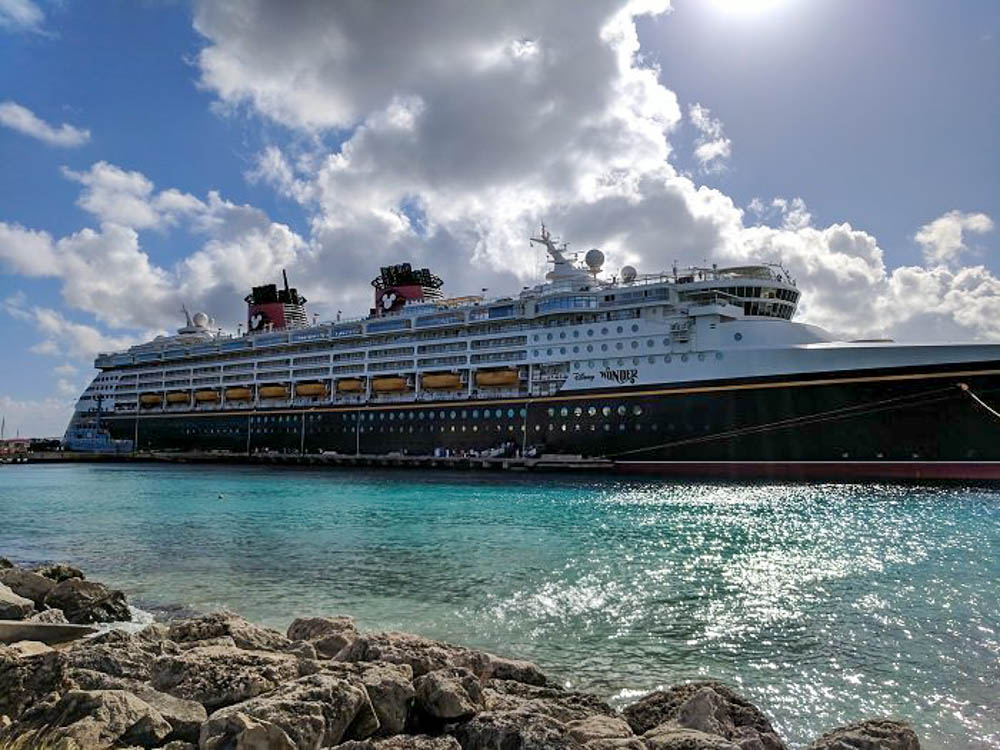 I get it. Disney Parks are fantastic. It is somewhat of a risk to take the leap to Disney cruising. Everyone has finite vacation time and resources, why go with the unknown when you already love going to the parks?

Let’s see if I can convince you.

If you or your kids love to meet Disney characters, you’re in luck. A Disney cruise offers just as many opportunities to meet characters as the parks do.

Mickey, Minnie, and the rest of the fab five in about ten different outfits.

Spider-Man and Black Widow (though you really need to do a Marvel Day at Sea if you want to meet superheroes).

I love to meet characters and there was probably a different character meet every hour. The best thing about it was the different amount of outfits all the characters wore. Formal night outfits, pirate outfits, beach outfits, sailing outfits — it’s crazy! You could spend the whole cruise just meeting characters.

I also had some of my best character experiences on the Disney cruise. I casually chatted with Cinderella while she wandered the ship by herself. I played shuffleboard with Goofy. I goofed around with Chip ‘n’ Dale outside of the theater.

I guess you could say, Disney cruises have a lot of character!

I get it, Disney Parks have fantastic restaurants. Maybe the food is great, or maybe it’s just a one of a kind atmosphere like the Sci-Fi Dine In.

Not to worry, the cruise ships have you covered! Each ship offers three table service dining restaurants. All 4 ships share the Animator’s Palate, which is truly a one-of-a-kind dining experience. The dining room decor changes as you eat! You can even be a part of the fun and watch your own drawings come to life all around you. You truly need to experience this to believe it.

If the Animator’s Palate isn’t enough, the Wonder and the Magic each have restaurants themed to Princess and the Frog and Tangled.

Besides the incredible rotational dining rooms I just mentioned, each ship has signature dining experiences with Remy and Palo.  The two smaller ships, Magic and Wonder, each have Palo while the two larger ships, Fantasy and Dream, have Remy and Palo. These restaurants require reservations and come at an extra cost, and they are quite popular and book up fast.

Still not enough for you? Each ship has a buffet that is open for all meals. There is unlimited soft serve ice cream, a grill, a coffee shop, a salad, and sandwich counter, and some of the ships even have shawarma!

Did I mention that the vast majority of the food is included in the price of your cruise? The only things excluded are the specialty coffee drinks at the coffee shop, alcohol, snacks for the movie theater, and the signature dining experiences. Even room service is included (be sure to tip!)!

So you don’t want to miss out on Disney Parks’ amazing nighttime shows? Not a problem! Disney cruises feature Pirate night, which includes a show and fireworks on deck!

If you’re a big fan of Animal Kingdom’s Festival of the Lion King, you’re going to fall in love with all the shows Disney cruising has to offer. The shows can be slightly different on each ship. Each ship has a signature Disney production: Beauty and the Beast, Tangled, Frozen and Aladdin. There are also other Disney-themed shows like The Golden Mickeys, Disney Wishes and Disney’s Believe. If you take a longer cruise you’ll also see a variety of other acts like comedy shows or magic shows.

OK, you got me there. Besides the totally fun water coaster — the Aqua Duck — on the Fantasy and the Dream you won’t find many other rides on the ships. However, what you will get is all the fun that shore excursions can offer. Not only will you and your family discover and explore new places, you can also have terrific experiences like zip-lining, kayaking, snorkeling, swimming with dolphins, and many, many more.

Just think of a Disney cruise as a self-contained, floating Disney theme park. You’ll have a great time and make wonderful memories!