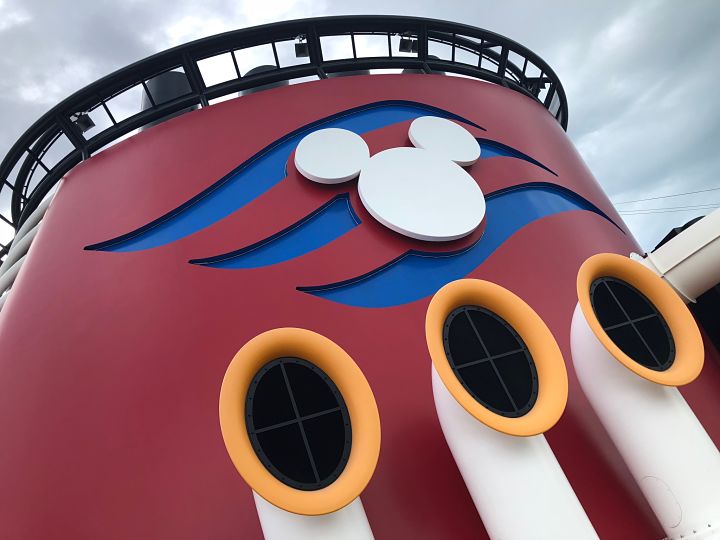 I’ve been on a handful of cruises in my life, and it wasn’t until this past year that I had the opportunity to sail on a Disney ship. My preconceived notion of the Disney Cruise Line ships was that they were going to be littered with screaming children and would in no way be catered towards adults. The assumptions I made were off the mark by a long shot. In fact, I think there is an argument to be made that Disney Cruise Line is actually one of the best cruise lines for adult travelers. I know this is likely an unpopular opinion, but let me explain why I believe this.

While there are certainly a lot of families with children on Disney cruises, I totally underestimated the advantages of the adult-only sections of the Disney ships. Because other cruise lines cater to adults with amenities like casinos, large nightclubs, and enormous adult-only sections, they also then attract more adult guests traveling with no children. This inadvertently creates a situation where those larger adult-only sections fill up quickly, leaving you with less space and sometimes worse service from those working on the ship. The adult-only pools, bars, restaurants, and spa all feel so much more exclusive on Disney Cruise Line because such a small fraction of the ship can take advantage of these areas. I’ve also noticed that Disney cast members were more attentive to sticking to the rule that no children were supposed to be in these areas. They do an excellent job of politely letting any families with children know that certain areas of the ship are designated for only adults. A little over a year ago, while sailing on Royal Caribbean’s Harmony of the Seas for my honeymoon, there were constantly children hanging out with their parents in the Solarium — which is supposed to be an area for guests over 18 — and what infuriated me was that the crew members on Royal Caribbean didn’t do anything about it. This bugged me because it happened a couple of times throughout our cruise. On a Disney cruise, I’ve only seen a family try and sit together in an adult-only section once, and like I said before, in these instances Disney cast members are on their game, quickly instructing them that this wasn’t a section of the ship for children under 18. If you’ve never been on a Disney cruise than you’d likely believe that the ships are over-saturated with Mickey Mouse and Snow White. While the beloved Disney characters do have a large presence, they don’t take over the entire ship, and they certainly aren’t present in the adult-only section in any large fashion. This does help keep wandering children out of the adult-only sections of the ship because they can quickly see for themselves that they are out of their element without a massive Mickey Mouse shaped pool and Disney movies playing above. Comparing that to other cruise lines, there isn’t always a huge draw to help entice children to stay in the family-friendly sections of the ship. Another misconception is that Disney’s adult-only sections are limited to a small corner of the ship. This is a huge misunderstanding. For example, on the Disney Dream, there are two adult only pools, a nightlife section of the ship called The District, Senses Spa, several bars, and two additional-charge fine dining restaurants, Remy and Palo. These locations are free from screaming children; hell, they are even free of well-behaved children. My personal favorite location on the Disney Dream and Fantasy is the Meridian bar, which is located on deck 12, tucked behind the entrance to Remy and Palo. The Meridian features indoor and outdoor seating, great views of the ocean, outstanding service, and feels distinctly luxurious yet comfortable. While I enjoy spending time in the Meridian, there are enough adult-only locations on these ships that there is something for everyone. If you aren’t inclined to spending time at the bar and would rather relax poolside then there is the Satellite Pool, which is a very quiet area which is great for reading, sunbathing, and just relaxing. If you want a pool and bar combo then try visiting the Quiet Cove Bar. There really is something for everybody.

It is important for adult-only travelers when planning a vacation to recognize what is important to them to get out of a cruise, and if something like gambling is a top priority, than of course Disney cruises are not going to be the ships for them because there are no casinos. Conversely, I think that if casinos and huge nightclubs aren’t your scenes then I highly suggest not skipping over Disney Cruise Line. For too long, Disney cruises have been seen by many, including myself, as just a cruise line for kids and their parents when they are really so much more.