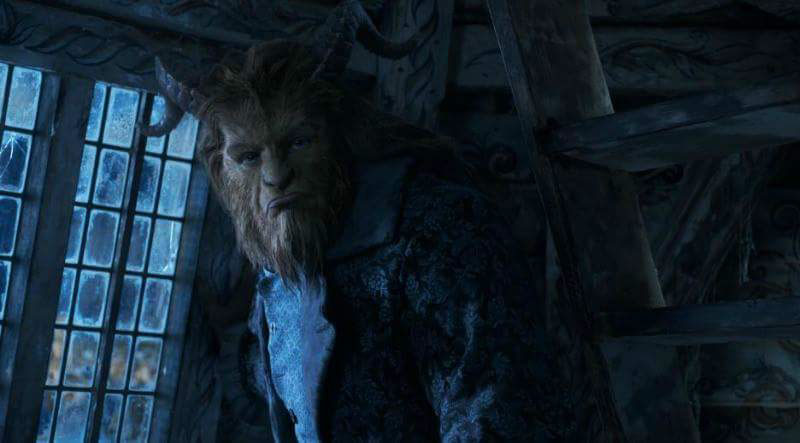 While initially approving the dismissal of copyright violation charges leveled against Disney, Fox, and Paramount, a federal judge has now ruled in favor of amended complaints by VFX firm Rearden LLC, and he used comparisons with Google and Napster to make his decision. This ongoing case centers around stolen motion capture technology that has been used in highly profitable films such as Avengers and Beauty and the Beast.

Rearden LLC has filed a lawsuit which accuses four companies — Disney, Fox, Paramount, and video game developer Crystal Dynamics — of violating patent, trademark, and copyright laws due to their use of MOVA, the firm’s facial motion capture technology. The defendants, with the exception of Crystal Dynamics, filed a joint motion to dismiss Rearden’s claims

This past February, U.S District Court Judge Jon Tigar ruled against a dismissal of the patent and trademark claims, but in favor of throwing out the copyright violations. In response, Rearden submitted an amended complaint that Judge Tigar has now found to be substantial.

Digital Domain 3.0 (DD3) — whom Rearden has already successfully sued — used the improperly obtained MOVA Contour Program to create effects for the companies in question which were used to produce content for numerous films, including  Marvel’s  Avengers,  Disney’s Beauty and the Beast, Fox’s Deadpool, and Paramount’s Terminator: Genisys. Readen’s initial claim was that it owned the rights to the content Disney and others were distributing which was created using their stolen system. The defendants argued that the program’s copyright didn’t extend to its output, and that this idea would be akin to Microsoft owning rights to everything that was composed using Word. Judge Tigar agreed, as a certain amount of creativity from a project’s cast and crew would be involved and rights would go to whoever was doing the “lion’s share” of the work.

For the amended complaint, Rearden abandoned the studios’ content and focused on the program itself. The company alleges vicarious copyright liability in that Disney, Fox, and Paramount were “in a position to police DD3 and/or had the right and ability to supervise and control DD3’s performance.” Basically, Rearden accuses the defendants of allowing Digital Domain to use the stolen technology to create the finished product for them.

To determine his ruling, the Judge used litigation involving both Google and Napster for precedent. While the court ruled for Google in the case Perfect 10 v. Amazon — which listed Google as a defendant — due to the fact that they could not prevent third parties from infringing on Perfect 10’s image copyrights, Napster wasn’t as lucky. In A&M Records, Inc. v. Napster, Inc., it was determined that since Napster can cancel subscription and block accounts, they could have prevented third party infringement. Judge Tigar’s ruling references this,

The Ninth Circuit also noted that Google was not similarly situated to Napster in A&M Records, Inc. v. Napster, Inc., 239 F.3d 1004, 1011 (9th Cir. 2001). “Because Napster had a closed system requiring user registration, and could terminate its users’ accounts and block their access to the Napster system, Napster had the right and ability to prevent its users from engaging in the infringing activity of uploading file names and downloading Napster users’ music files through the Napster system. By contrast, Google cannot stop any of the third-party websites from reproducing, displaying, and distributing unauthorized copies of Perfect 10’s images because that infringing conduct takes place on the third-party websites.”

Judge Tigar finds Disney, Fox, and Paramount to be in a similar position as Napster, or a swap meet vendor also cited in the ruling. He wrote, “It is not implausible that through their observation and evaluation of services, Defendants could have observed the infringing activity and directed DD3 to stop using the MOVA Contour program.”

Along with the requisite control issue, it was also up to Rearden to demonstrate that the studios benefited financially from the work to prove a valid vicarious copyright infringement; the judge ruled that it had.

Rearden also leveled a contributory copyright violation claim, which accuses the studios of knowing of the infringing conduct and actively seeking or supporting it. The basis for the claim against Disney is that the company had performed “intellectual property due diligence” and therefor would have been made aware of Rearden’s copyright on the MOVA Tech. As for Fox and Paramount, although no “due diligence” claims are made Rearden alleges that these companies would have seen the Rearden, LLC copyright notice marks when reviewing the grayscale outputs of the program during development.

Judge Tigar stated that the claims against Disney were “unquestionably thin,” adding, “but they are enough to survive a motion to dismiss.” Of Fox and Paramount he said, “Even if it is unlikely that a studio representative saw the copyright notice, it is not implausible. And it is not implausible that a copyright notice would have given the studio representative reason to know of the direct infringement.”