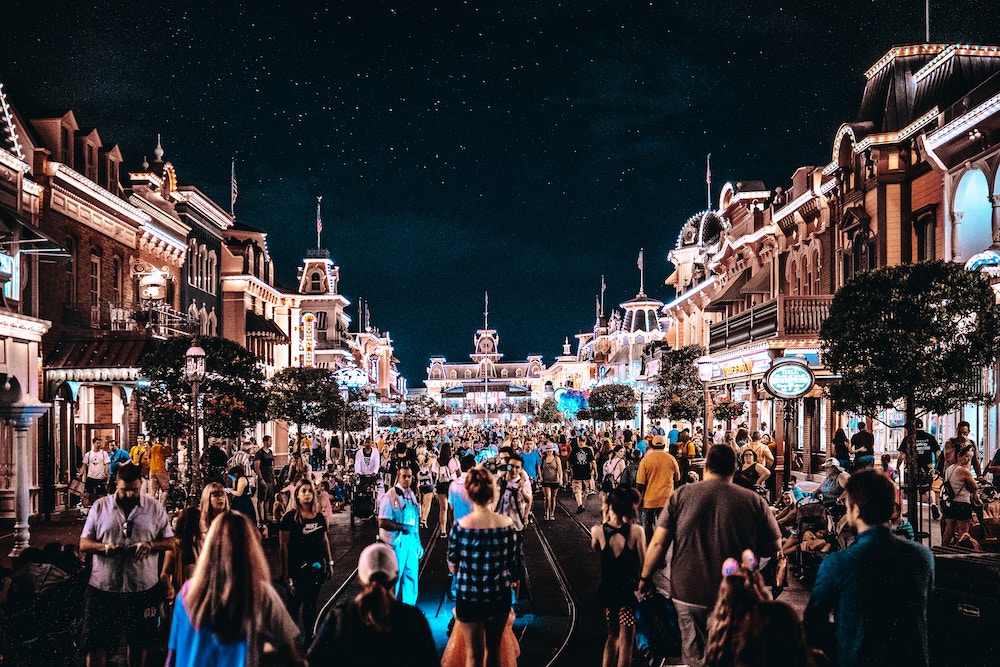 As most of you know, we are a family that loves to travel. When my kids were little, I used to distract them from things by looking to the sky and wondering where each plane was going. Sometimes their answers would become our next vacation destination, while other answers, like Santa’s Workshop, proved a little too far and a few too many Frequent Flyer points to achieve. Either way, the fun was in the fantasy.

That was, until a few days ago when I realized that I hadn’t heard a plane fly overheard in so long, that when one did, it startled me. We live around an hour away from the Sydney airport here in Australia, so it would be common to see many airplanes throughout the day, circling high above, making their way across, or back from, the Pacific. It made me sad to think that something we loved so much is currently unattainable.

Familiar, right? Realizing that you’ve taken all the things you love to do for granted? So, we’ve done what any travel-loving family would do to reconnect with the places we love: we’ve immersed ourselves in the virtual world of travel, living vicariously through YouTube walkthroughs, documentaries and fanciful travel plans for the post-pandemic future.

When reaching the Disney-inspired portion of our fun, I stumbled across a few Disney Parks facts that I had never heard of before. Enough to evoke that feeling of shock and dismay, similar to the time when I found out that FastPass reservations are actually open for 80 minutes rather than 60. How did I not know these things before now?

And this brings us for the topic of discussion today as I share with you these mystical facts that had escaped my consciousness until now.

Wrapped Gifts Are NOT Allowed in Disney Parks

I had a few feelings about this one that ranged from, “Really, that is crazy… what about all the kids and families that have special occasions there?” all the way through to “…of course, that makes sense…how would you know what was in there?“

It turns out, you are not allowed to take any wrapped present, no matter how large or small, into any of the Disney parks. This is something that security is trained to look for in those pesky baggage searches. When presented with a wrapped gift at one of these points, it will be unwrapped in order for you to bring it in with you. Disney cannot offer re-wrapping services, for obvious reasons.

Have you ever been in competition with family or friends, or even strangers around you, who can spin their teacups the fastest? Well, in the 1990s and early 2000s, there was much speculation that the Mad Tea Party Purple or Orange-with-Diamonds teacups were among the fastest in Disneyland’s rotation. What?

Well, a little more digging revealed that unfortunately, this isn’t likely to be true as in early 2004, Disneyland actually modified their teacups so that they would be harder to spin around their fixed inner wheel.

Cast members who have worked at the attraction have confirmed that all teacups do spin at the same rate, however, as the center wheel does not actually spin, and the teacup around the outside of it does, the body movement of more adults on board will assist in a faster rate of rotation.

Even if only a myth in the end, how did I never know there was supposedly a “fastest” teacup back in the day?

Do you know that the Presidential Seal is in Magic Kingdom‘s Hall of Presidents? Well, I had no idea that not only did it take an actual act of Congress to install the seal, but it is also only one of three in the entire world with the other two located in the Oval Office and the Liberty Bell in Philadelphia.

Another weird fact about this attraction that you may not know is that many of the Presidential animatronics wear clothing or accessories from their President’s actual wardrobe in the attraction. Those that don’t have had their clothing carefully recreated to depict what was worn at the time by each individual.

And yes, I am hoping that we can mention the novelty of these interesting details without getting stupid about the unrelated political aspect.

All the Plants in Disneyland’s Tomorrowland are Edible

Very much in-line with it’s futuristic theming, the creative forces behind Disneyland’s Tomorrowland took their push for authenticity an extra step with all edible plants featured in the land in a nod to sustainable development.

While I must caution that you never attempt to eat them, for many reasons, the symbolism of their existence struck me as quite elegantly simple. Of course a prospering future would include such things, but how did I never know that the natural decoration dotted throughout this land was homegrown and, in theory, edible? Clever, Disney. Clever.

Don’t make things weird and try to eat them, please.

Did you know that the rooms we all love and adore at both Disney’s Contemporary Resort and Disney’s Polynesian Village were mostly constructed off-site? According to Disney Parks Blog, the rooms were built a few miles away as complete, free-standing units with everything from air conditioning to sliding glass doors, and bathroom fixtures fully installed.

Once completed, each room weighed almost nine tons and was individually slid into the building’s skeletal structure, one at a time.

The Hitching Posts of Main Street USA Get Painted Every Night

This one, I have to admit, I needed to read from a few different sources before I decided to include it as something I had no idea occurred. Several internet sources say that the horse-head hitching posts in the Magic Kingdom are repainted every single night in high-wear areas.

As impressive as that is, I can now only think about how many hands have touched those surfaces in a day and picture all of those recent images of germ splatter patterns projected all over every surface. I’m so glad I have always been a hand sanitizer person!

I don’t know about you, but when I am on the Incredicoaster in California Adventure’s Pixar Pier, I am too busy California Screamin’ (get it?) to notice many of the details as they rocket by.

While watching a ride-on clip of the Incredibles-inspired attraction on the Disney Parks YouTube channel, it became clear that not only did I have no idea that there were 19, yes, 19 Jack-Jack’s featured within the ride, but that I had no idea where more than four of them were.

Also, while we are on the subject of the super-hero Parr family, did you know that Walt Disney was named after Walter Parr, a Chicago-based church minister, and family friend? That is where the inspiration for the family surname came from when The Incredibles concept was first in development.

Your Nearest Trash Can May Be Behind You

Now, I did know that you couldn’t throw a churro without hitting a trash can in Disney parks, but, I didn’t realize that there was an actual science to the placement of each one.

Word has it that all trash cans are within 30 steps from any location within the parks in an effort to encourage people to dispose of their garbage responsibly.

It is said that Walt Disney himself observed guest behaviors and found that if a receptacle was placed within 30 steps of a patron, they were less likely to drop it on the ground for a cast member to pick up.

Have you ever seen the golden coat of arms featured at the entrance to Sleeping Beauty’s Castle? This is actually the Disney family crest, which originated in France. The crest features details of flowers and lions.

The crest is located above the drawbridge entrance to this Disneyland icon and was added there in 1960, five years after the initial opening. You can see it in the image below, hiding beneath the holiday wreath, above the entrance.

Part of me thinks that at some point, I may have already known this one. Although, since there is a good chance that I am compensating for my Disney-loving shortcomings with a false memory, I’m adding it to the list.

Was it just me, or did some of these sneak past you as well? As we fill our available time, plugging the holes in our Disney education, I am looking forward to our next Disney Parks visit with some of these things in mind. Will staying in the Contemporary or Polynesian Village ever be the same again? Will you continue the search for the fastest teacup or be comfortable with the notion that they are evenly matched?

While we might not be guessing the destinations of overhead planes for a few months to come, our family has been enjoying the research phase for our next adventure and picking up details along the way.

Have you ever discovered something about Disney that you can’t believe you never knew? Add it below and let’s all expand our collective general knowledge.