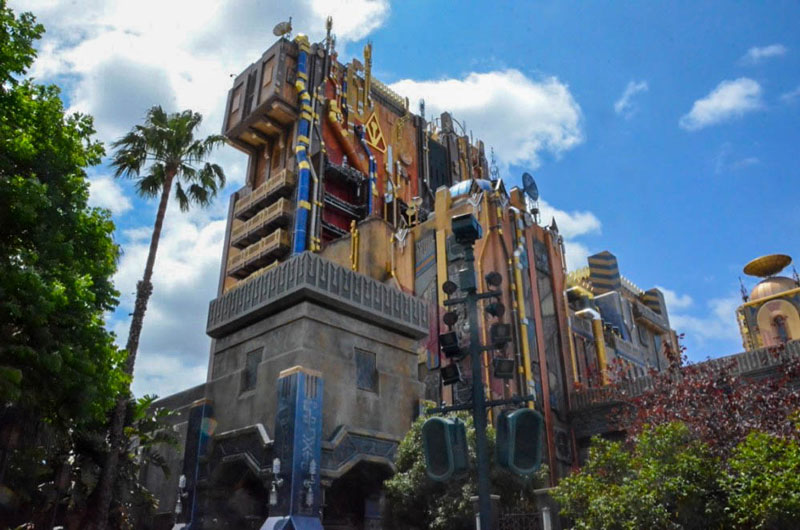 The Walt Disney Company reaches much further beyond Mickey Mouse and Snow White than it did when Walt was at the helm. Today, Disney has several intellectual properties to work with, and even more on the way if the 21st Century Fox deal holds up.

In terms of the Disney Parks and Resorts, intellectual property has shown up pretty much everywhere. From your resort room to each new theme park experience, IP is attached. For those that don’t know: IP (or intellectual property) is any creative property that can hold a copyright, patent, or trademark. So, basically any Disney-owned character or film. Back when Disneyland opened in 1955 even Walt used intellectual property in the parks, but he seemed to keep it more subtle or secluded to Fantasyland. Sleeping Beauty Castle and many of the Fantasyland dark rides were the ones with IP tie-ins. Today, everything Disney does in the parks is tied to an IP. Many are starting to question whether enough is enough, or if Disney will ever go back to the originality of attractions such as Space Mountain, Jungle Cruise, or the Matterhorn.

Disney’s last major non-IP driven addition to a theme park would be Mystic Manor in 2013 at Hong Kong Disneyland. Shanghai Disneyland did open in 2016 with two attractions unrelated to IP, though, those being Roaring Rapids and Jet Packs. As for the last major non-IP ride at Walt Disney World, that would be Expedition Everest which opened in 2006.

Not only is IP itself in question by many, but where Disney is placing that IP seems to be even more controversial. One could argue that Disney’s IP movement began when Finding Nemo was added to The Seas in Epcot in 2006. That move really paved the way for other rides to be retrofitted with an IP tie-in. Since then we have seen rides like Maelstrom, Submarine Voyage, El Rio Del Tiempo, and Tower of Terror (California Adventure) all change for strong Disney IP tie-ins.

Specifically in Epcot‘s case, many (including myself) question how all of this fits into the theme of that theme park. Epcot was originally envisioned as a living and working community of tomorrow by Walt himself. As built in 1982, Epcot Center was intended to be a permanent world’s fair, showing off futuristic ideas in Future World and celebrating nations around the world in World Showcase. Today, Epcot has fallen from that as it has lost corporate sponsors and suffers to keep up with the ever-changing future. Frozen Ever After took over the Norway pavilion in 2016. Many were upset with this move, including myself, and felt this property would be better represented in Fantasyland or Hollywood Studios. Moving forward, we now have Ratatouille coming to France, Guardians of the Galaxy coming to Universe of Energy, and possibly another IP coming to the United Kingdom.

Looking at Guardians of the Galaxy specifically, I question whether the theme of Future World matters today to Disney. The Universe of Energy pavilion has certainly struggled in past years with popularity, but it was a high-capacity attraction that helped celebrate the world’s fair theme. Does a Guardians of the Galaxy family coaster do that? In my opinion, no. This summer we even have a Guardians of the Galaxy dance party coming to the American Gardens Theatre in World Showcase. Does Gamora and Starlord with an alien band showcase what America has to offer? Again, I don’t think so. Had Disney put this in Tomorrowland or even Future World it could have worked better. Thematically, this IP doesn’t fit in World Showcase. Moving onto Disney California Adventure, Pixar Pier opens in June. This park opened in 2001 and saw rejection from Disney fans right away. Disney then invested over a billion dollars to fix the park into something that was worthy of being a Disney park. Cars Land is a prime example of top notch Disney theming. Paradise Pier fit with the California theme of the park and even told a story. I love Pixar as much as anyone, but I don’t remember any piers in any of the movies. What the two have in common I have yet to figure out. Disney’s IP movement is at its best here: pushing an IP into an area where it isn’t necessary.

Theme and IP can work together and work together well, though. A recent example of that would be Pandora: The World of Avatar. This immersive new land in Disney’s Animal Kingdom is using an IP correctly. Avatar the film and the land have an underlying meaning of conservation and protecting nature. That goes hand in hand with Animal Kingdom’s overall message since it opened in 1998.

Disney’s IP movement is only going to continue with future additions and I am not sure we will ever see an original attraction added ever again. There is nothing wrong with that, as long as the IP works thematically with the park and area it is going into.

What are your thoughts on Disney’s IP movement? I’d love to hear other opinions.