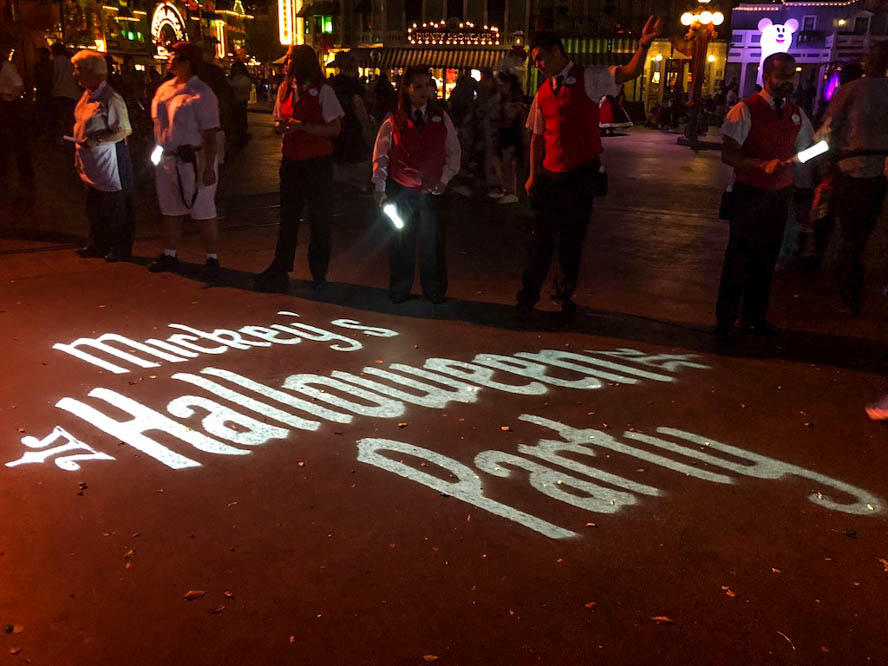 Disneyland is in full swing for the Halloween season and September 19th was the first day that Mickey’s Halloween Party kicked off. Each year this Halloween Party gets more and more popular; this year the tickets for the 2018 party are already sold out. The best thing to do is buy them as soon as they come on sale — don’t procrastinate! The main question that I hear is, “Is it worth it?”

For a lot of people like myself, I think it is. We usually like going during September because we feel like it is less crowded than October and the tickets are cheaper. Everyone wants to go to the party for different reasons, whether it be for candy, rides, photo opportunities, the parade/fireworks, or just to show off that neat costume. That is why this party is great: It pleases all sorts of different desires! 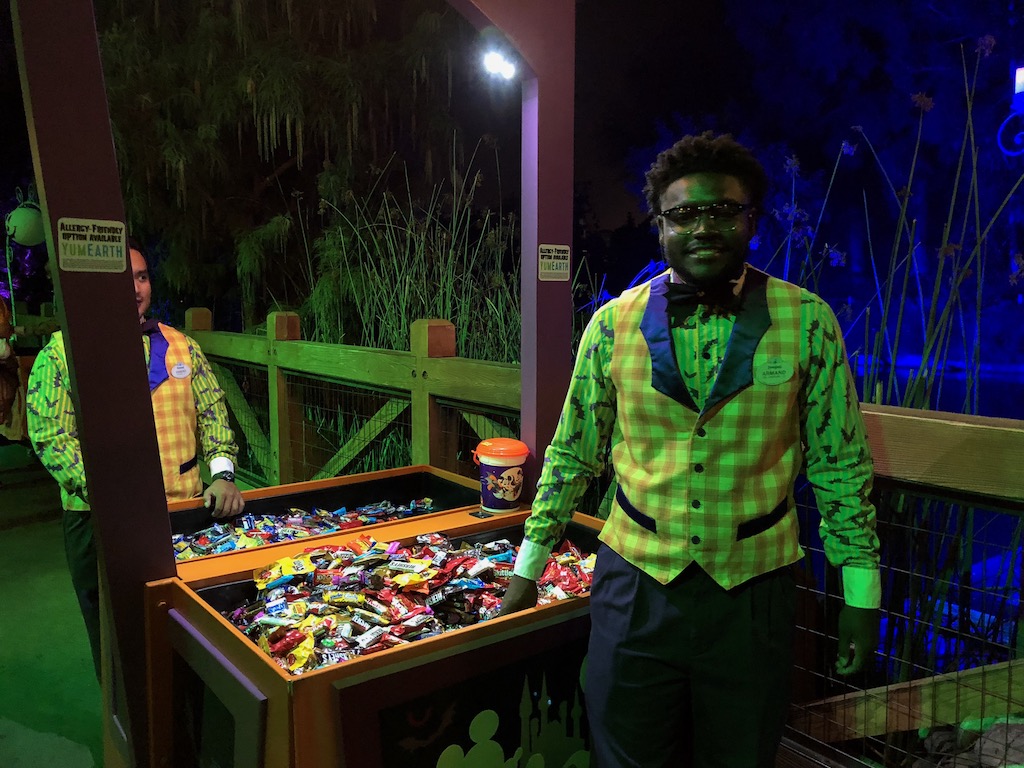 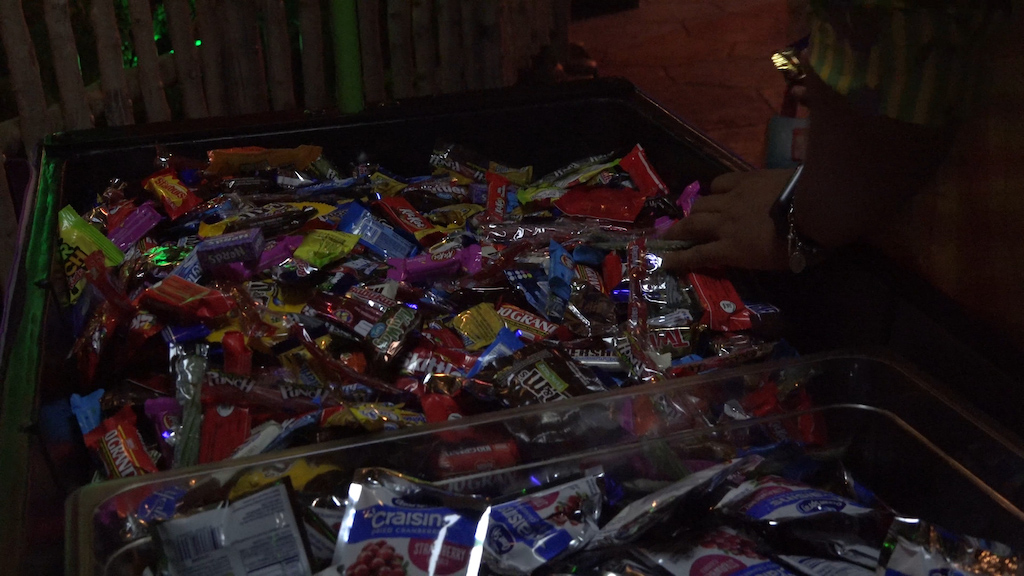 Make sure to bring a bigger bag than what Disneyland cast members hand you — believe me, you’ll need it. There are treat trails all over the park. Disneyland cast members are very generous when it comes to handing out candy. I mean, not just one or two candies but a fistful of candy! Along with delicious candy, at some of the trails Disneyland offers healthy options like baby carrots, apple slices, and dehydrated apples. Allergy-friendly options are available at eight treat trails around the park; check the map when getting in to see where the trails will be located. Cast members at these locations will help you. Unlike Walt Disney World, Disneyland has not brought the special allergy-friendly bags to the park where guests can collect tokens and redeem them for special allergy-friendly goodies at the end of the night. They might soon though. 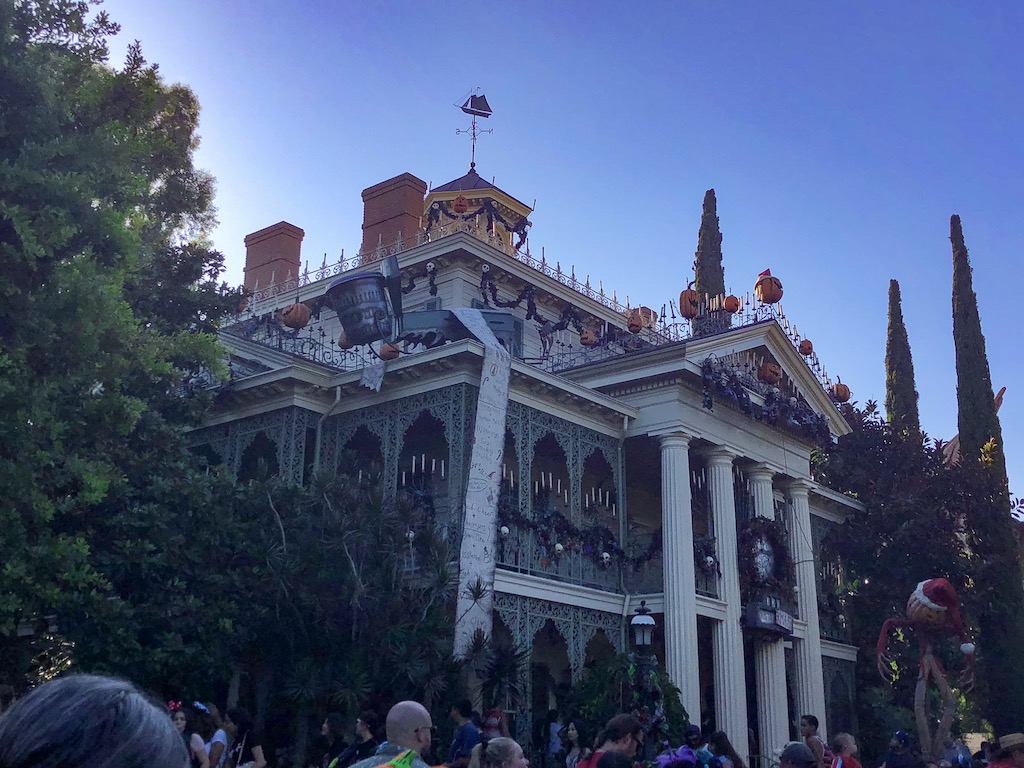 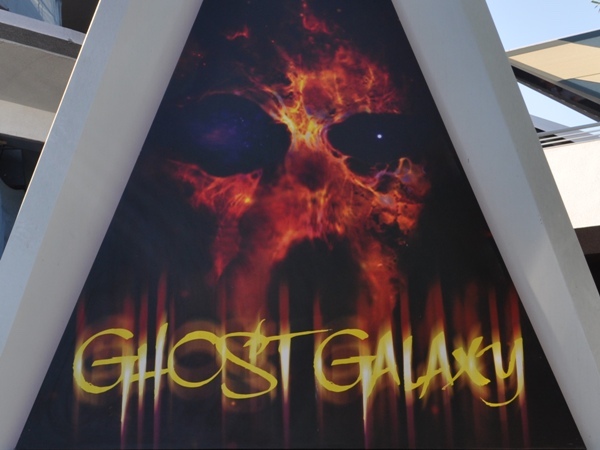 When Tyler and I go to the Halloween Party we love going on rides! During the night you can find a lot of attractions that are walk-ons or under a 10-minute wait. If the parade and fireworks are not on the agenda, we highly recommend doing rides during these times and even towards the end of the night when everyone is leaving. This is the prime time to collect candy and hit some rides.

The two most popular rides that night will be Haunted Mansion Holiday and Space Mountain: Ghost Galaxy. On average we see the queue times at around 20-30 minutes. 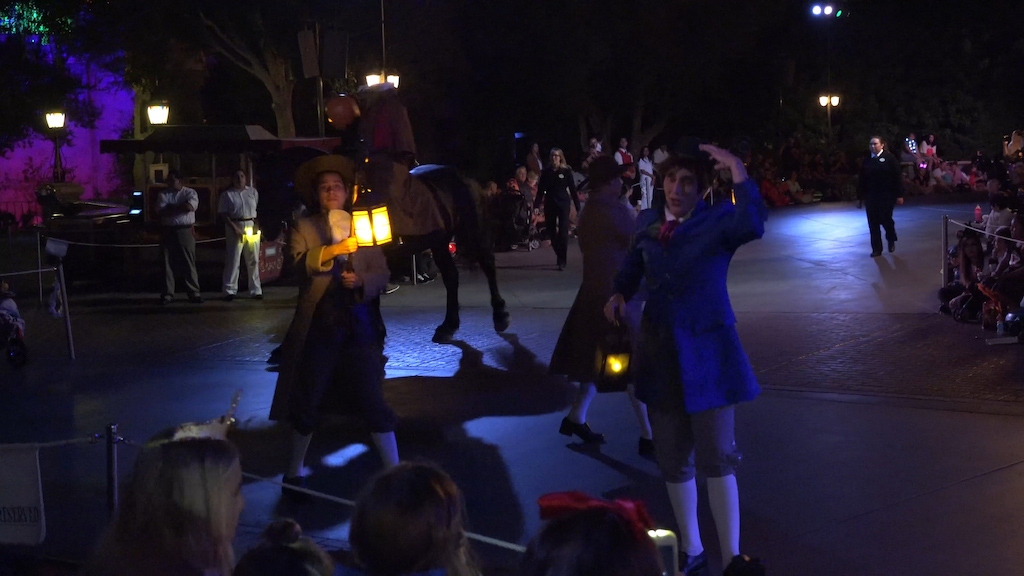 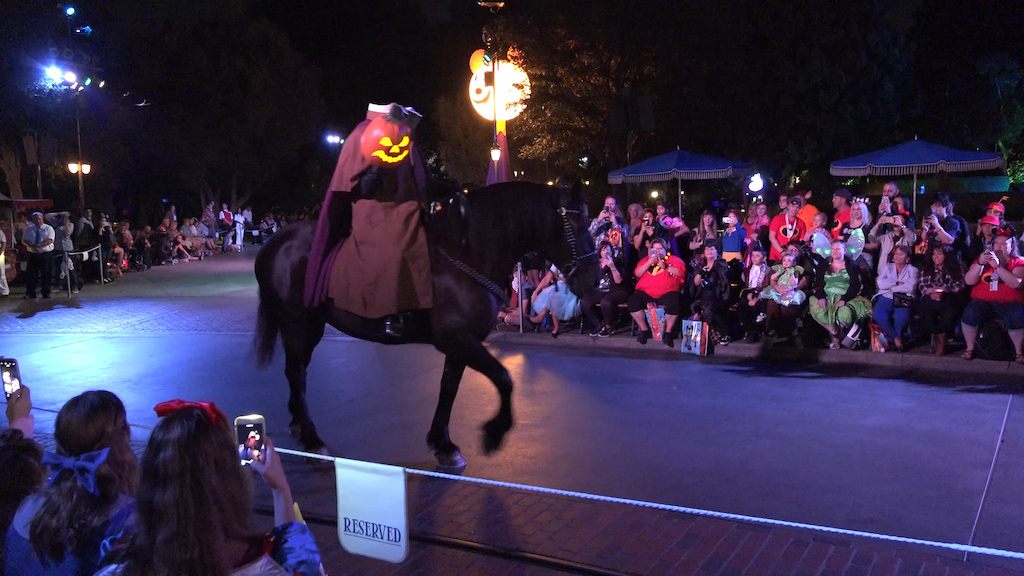 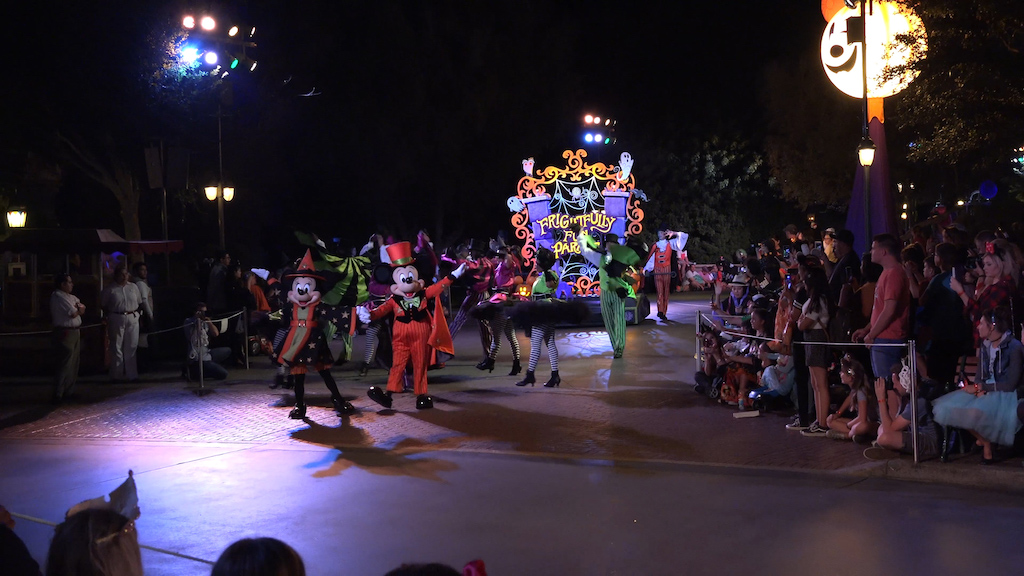 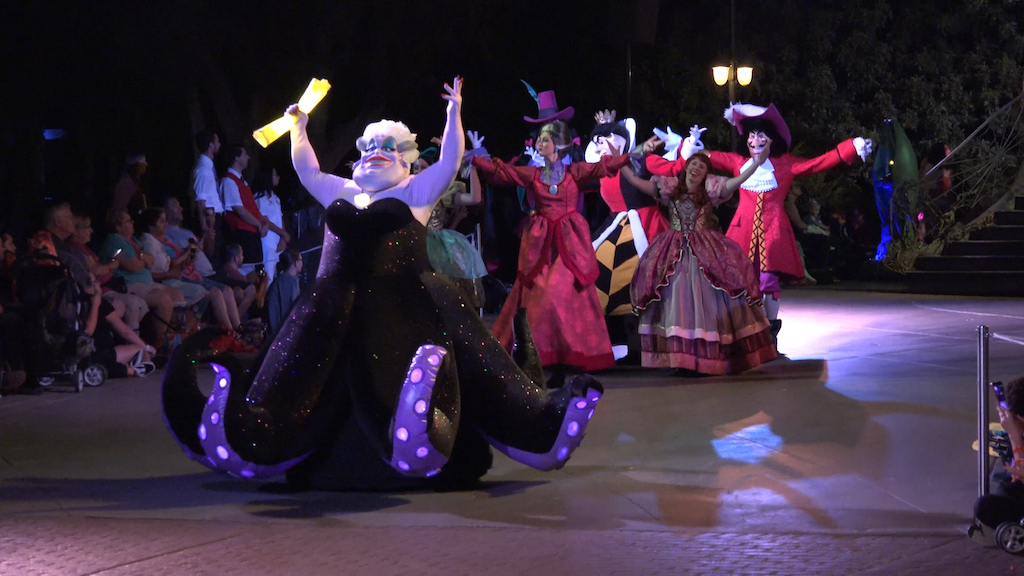 The Frightfully Fun Parade has gotten better throughout the years and is still great to see. The parade is not as long as the normal daytime Disney parades, but it still gets the job done and really gets everyone into the Halloween spirit! What I love most about this parade is the Headless Horseman Rides Again Pre-Parade. The narrator tells the tale of the Headless Horseman as Ichabod Crane walks down the parade route and the ominous Headless Horseman is close by, following frightened Ichabod as he tries to get to safety. There are two parades each night and the second one is usually less crowded than the first. 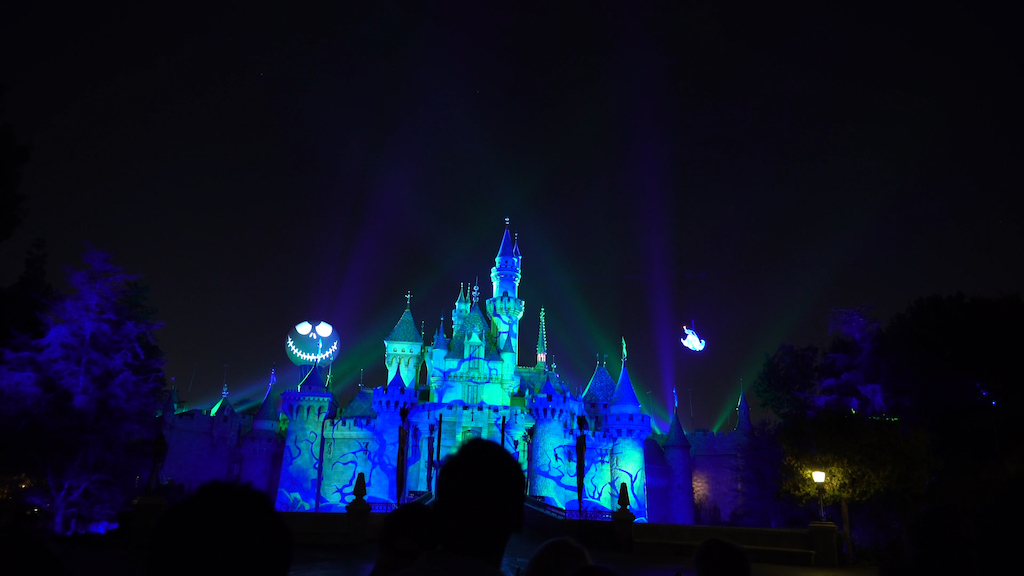 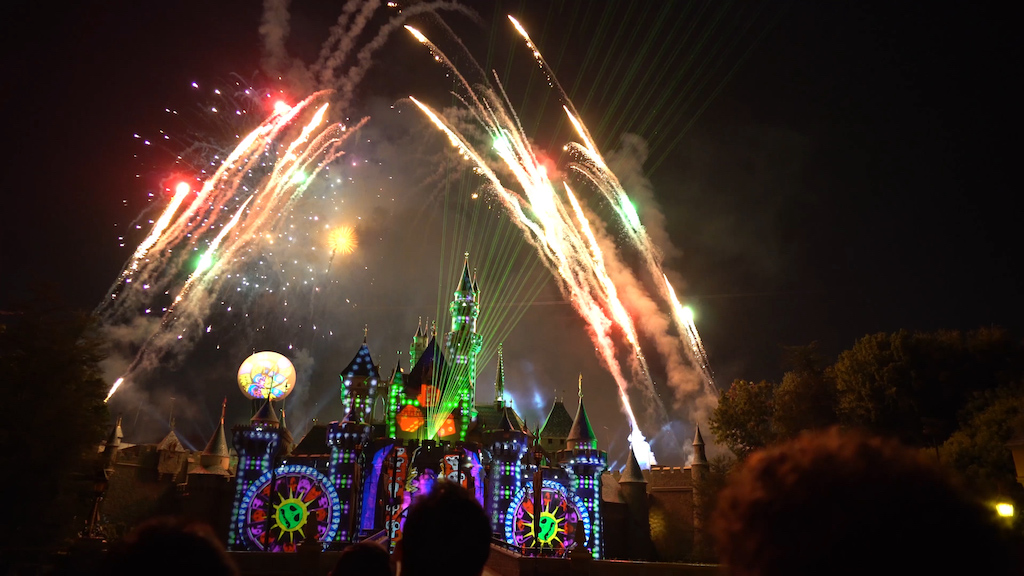 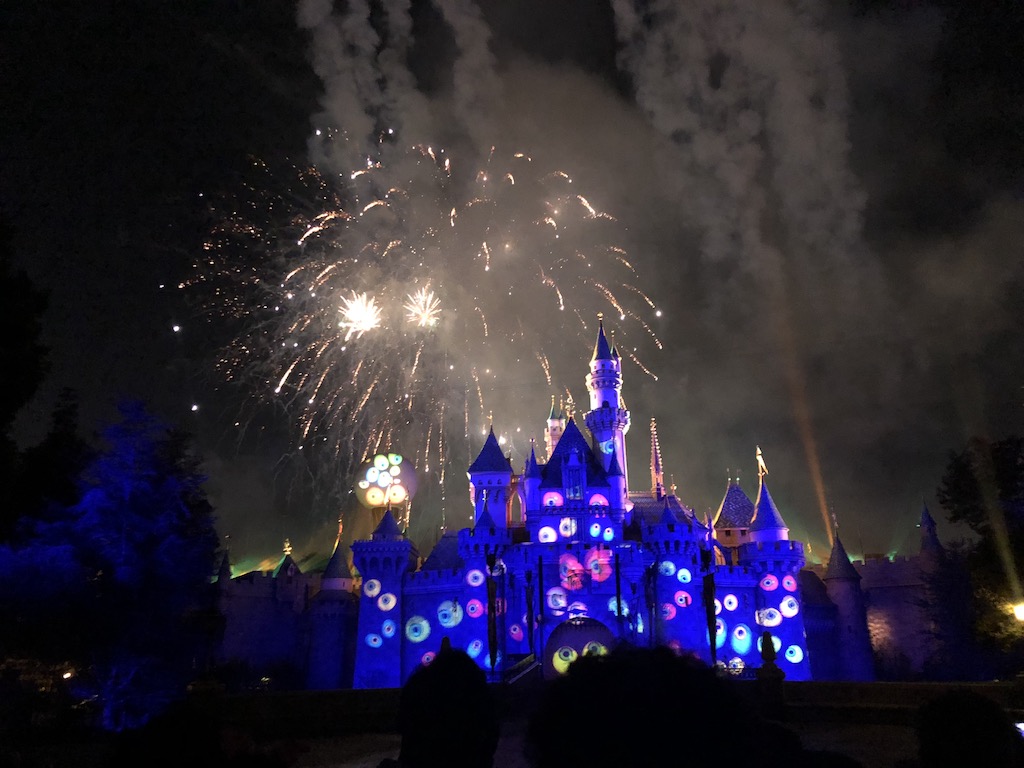 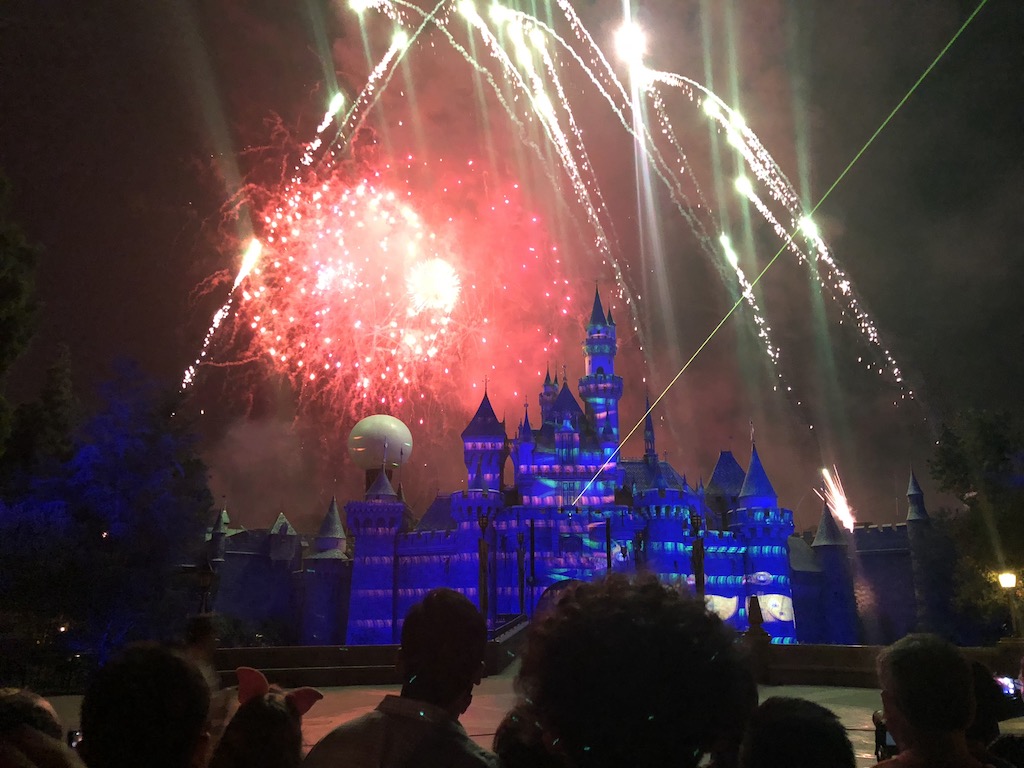 The Halloween Screams fireworks are spectacular and this show is one of my favorites! Jack Skellington hosts along with his trusty sidekick, Zero, who flies over the castle. The castle comes alive with spooky projections and the skies light up with a villainous fireworks spectacular! Throughout the night the Rivers of America come alive, well sort of, as the ghoulish quartet called the Cadaver Dans float along the foggy river and sing Halloween songs we know and love. There is something so amazing and eerie about it that you can’t help but stop and watch them as they pass by. If a dance party is what you’re after, look no further — the Galactic Grill hosts the Pixar Pals Halloween Dance Party, where little ones and little ones at heart can stop on by and find some familiar faces. This dance party is going on all night long! 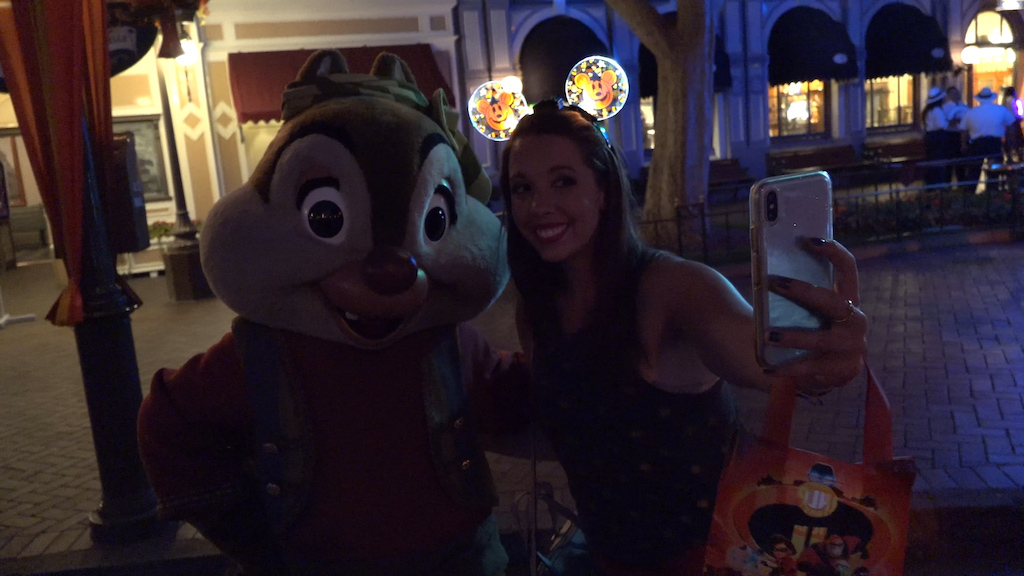 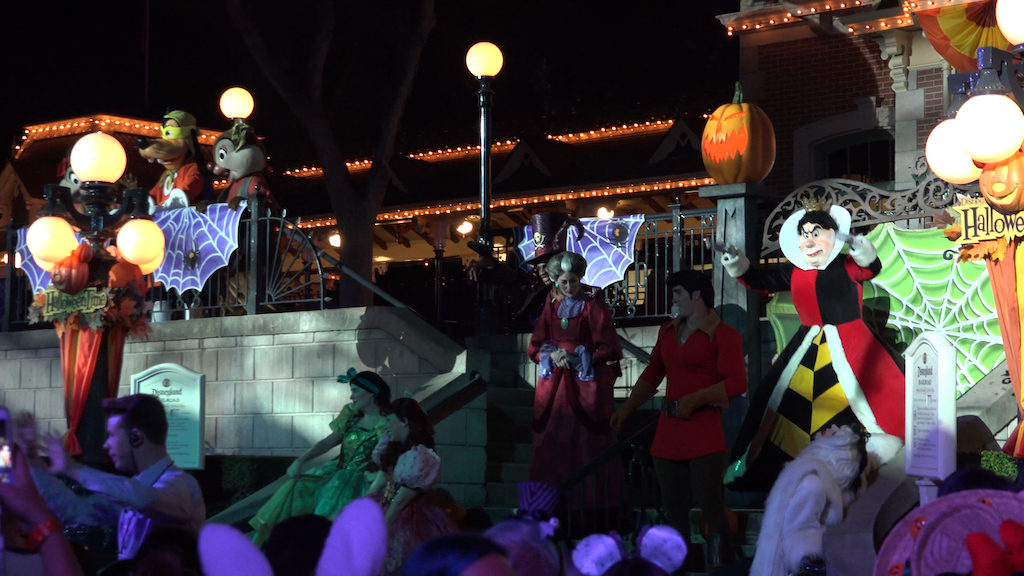 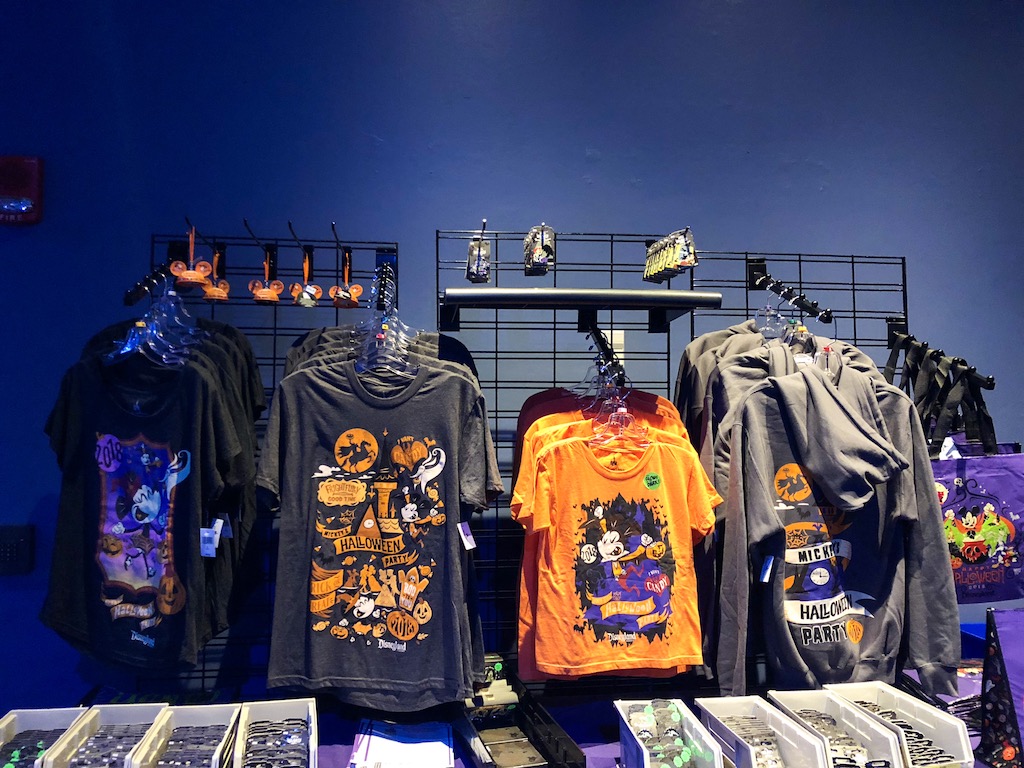 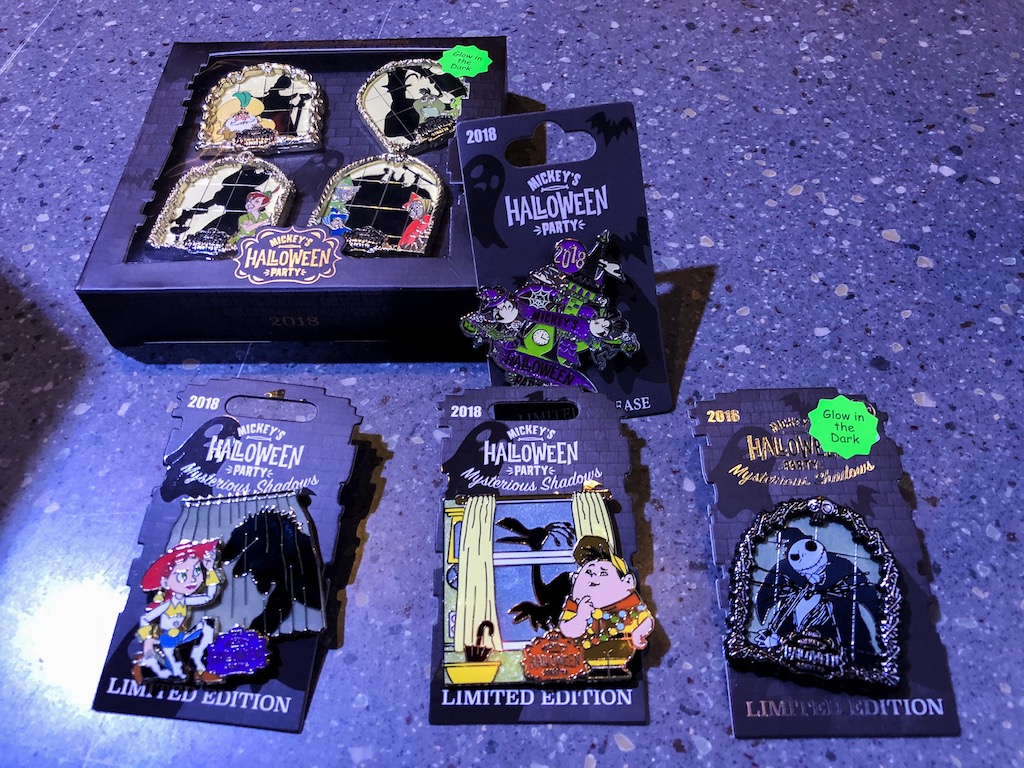 Along with the rides, entertainment, and candy there are numerous photo opportunities, whether it be with characters (who are lurking all around the park) or with special props. There are also specialty foods available at select locations. And lets not forget the exclusive merchandise only available during the parties. If you are an Annual Passholder (AP), stop on over to the Starcade where there is exclusive AP merchandise and a free Halloween gift! The event ticket is good three hours before the party and can be used at both Disneyland and Disney California Adventure. How great is that? Now guests can enjoy the Halloween offerings at Disney California Adventure before or even during the party! Check out Radiator Springs as it is transformed into Radiator Screams, where the citizens celebrate Haul-O-Ween. Don’t forget to head over to the Collector’s Fortress after 5 pm and experience Guardians of the Galaxy – Monsters After Dark, the sequel to Guardians of the Galaxy- Mission: BREAKOUT!. We had eight frightfully fun hours to enjoy the Halloween offerings at the Disneyland Resort with this event ticket and we loved every minute of it — and I am sure you will too!